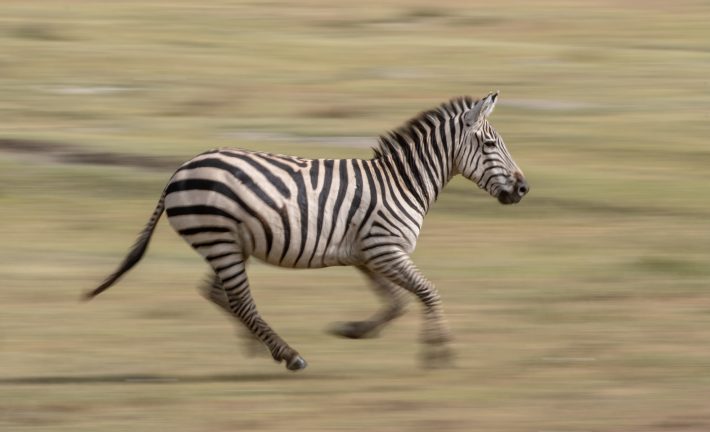 Before heading to Serengeti we visited the Arusha National Park to recover from our trip and get used to the new time zone (11 hours difference).  Good thing because on our way we first stopped in New York for a day to visit Catherine’s son and nearly froze as it was 35 degrees. We had to take our winter parkas (safari clothes don’t cut it in that weather) and ship them home from NY.  After a long and uneventful flight when we arrived in Arusha the thermometer hadn’t changed, it still said 35 degrees!  Unfortunately that was 35 degrees Celsius – 95F.  An increase in 60 degrees in a day!

Arusha National Park is a nice place to start an African safari.  Though it doesn’t have all the Big 5 it has much interesting wildlife. Most prominent were the monkeys such as the yoda like Spider Monkeys 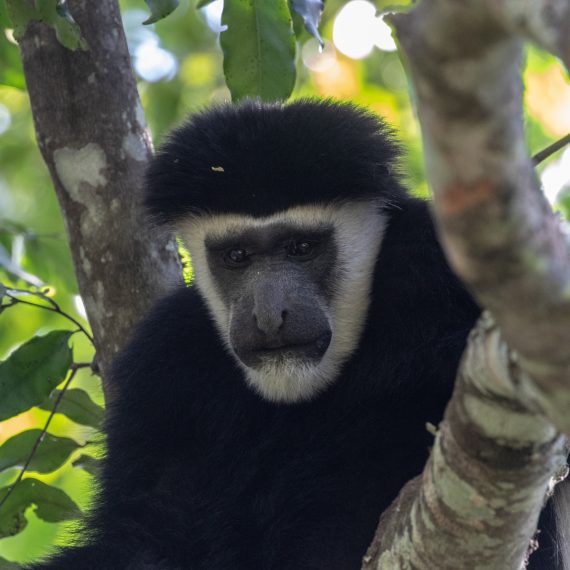 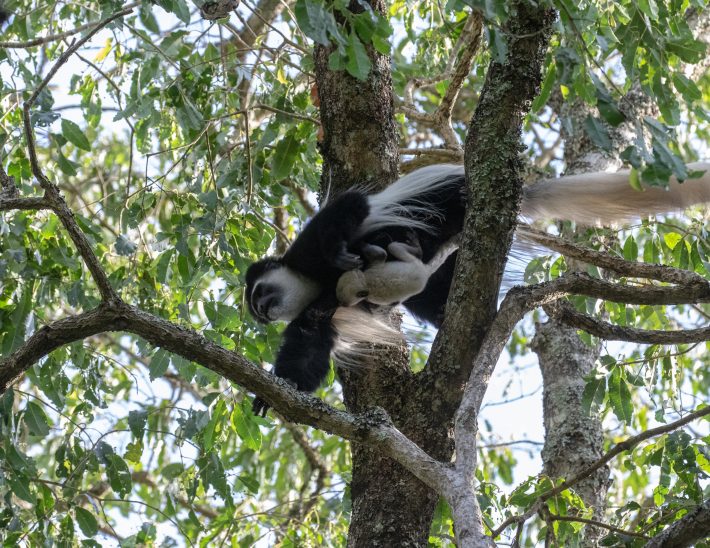 Our next stop was the Ngorongoro Crater.  This is a 100 square mile crater that has one of the densest wildlife populations in Africa. You don’t have to be too lucky to see all of the big 5 in one day.  As one travel agent put it

Think of the Ngorongoro Crater as hyper-condensed action, like bringing all the best in safari to boil. Here everything bubbles closer, tighter, and louder.

The ease of wildlife viewing has its downside, it means it is extremely popular. On Jon’s first trip here in 2004 his most frequent sighting was “Toyota Land Cruiser” as everyone rushed to a wildldife sighting. Despite this we decided to give it a second chance and we were not disappointed.  It was not as crowded, especially since we passed on most of the lion shots. More importantly the animals were not skittish, like these shot of a zebra with Jon’s 24-105 lens, full frame: 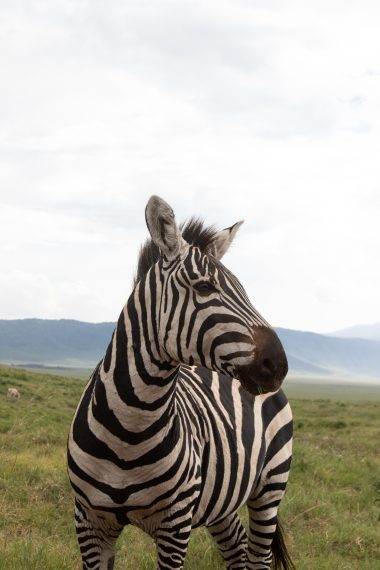 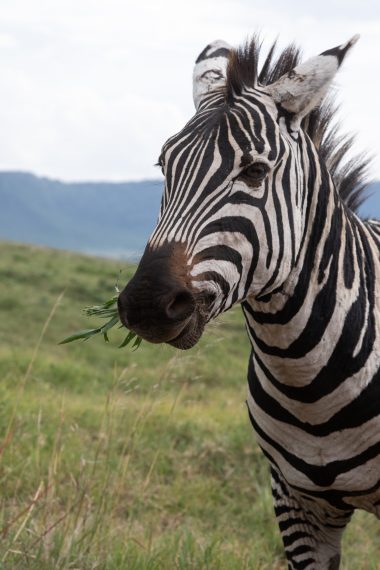 Speaking of zebra’s they were frisky, and we saw a lot of fight practice 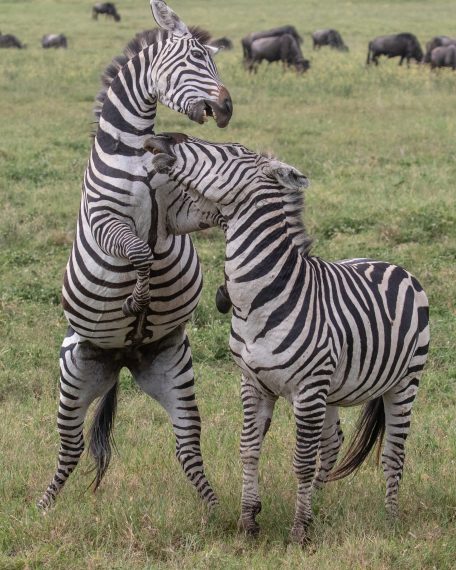 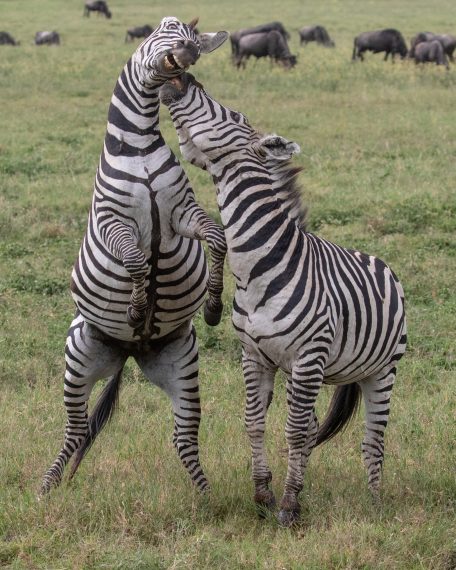 Ostriches are one of more skittish wildlife, normally you can’t get within 50 yards of them.  But here it was different, as they decided dance down the road for us, right in front of us 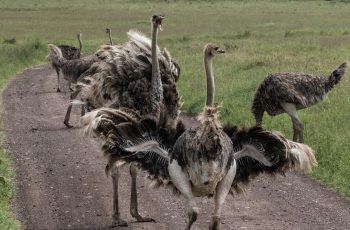 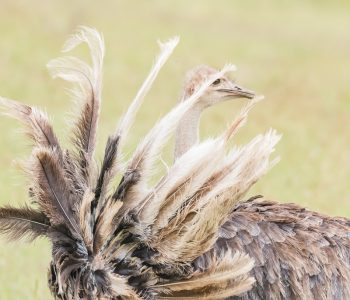 We also saw ugly and beauty examples of African wildlife. The Grey Crowned Crane is of one of the most beautiful birds we have seen, in Africa or anywhere for that matter: 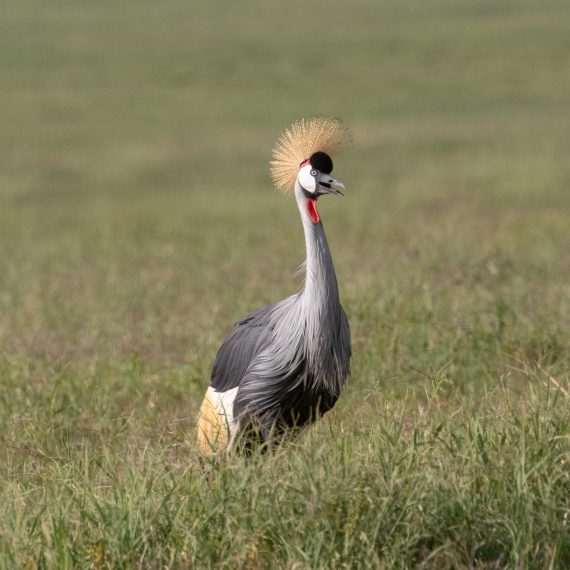 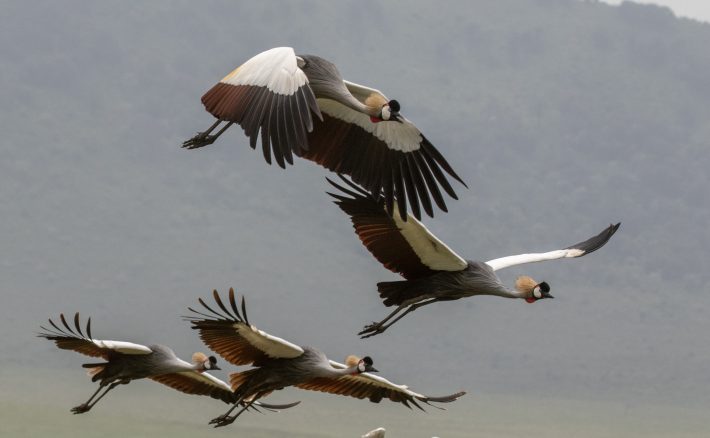 The flip side was seeing two of Africa’s ugly 5 in one picture (wildebeest and warthog): 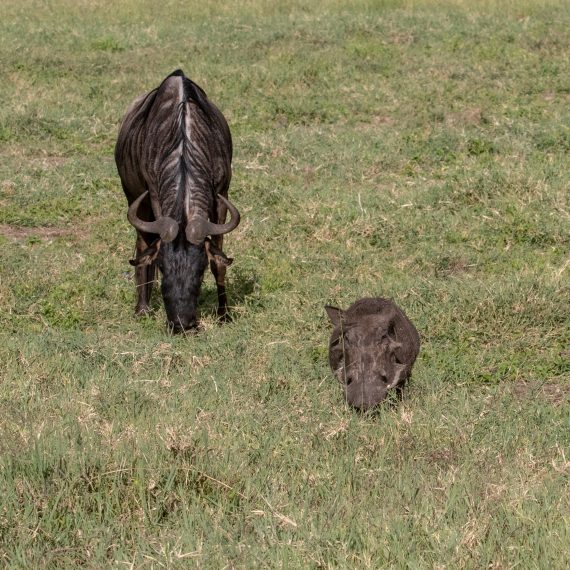 Note: The other members of the ugly 5 are the Marabou Stork, vultures, and the hyena: 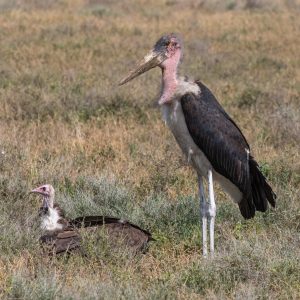 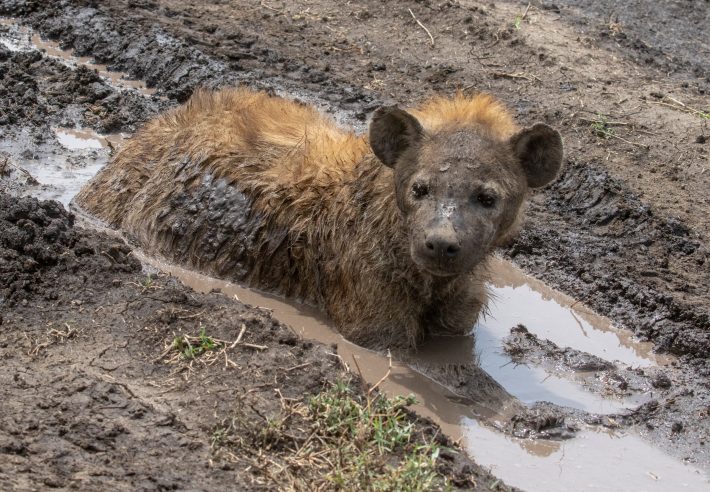 We also saw a little slice of Tanzanian life, like these passengers pushing their bus up the hill because its engine wasn’t powerful enough (we had given one the passengers a bottle of water as we passed so he was thankful) and these Masa moving their cattle and goats along side the highway. 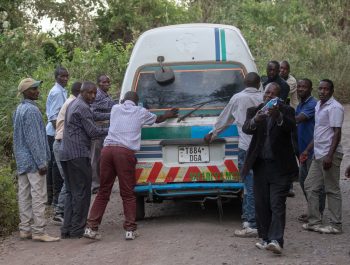 Well, enough of the preliminaries as our next stop was the Central Serengeti for more wildlife and hopefully the wildebeest migration.