We saw two cubs, and mom made sure they were fully fed: 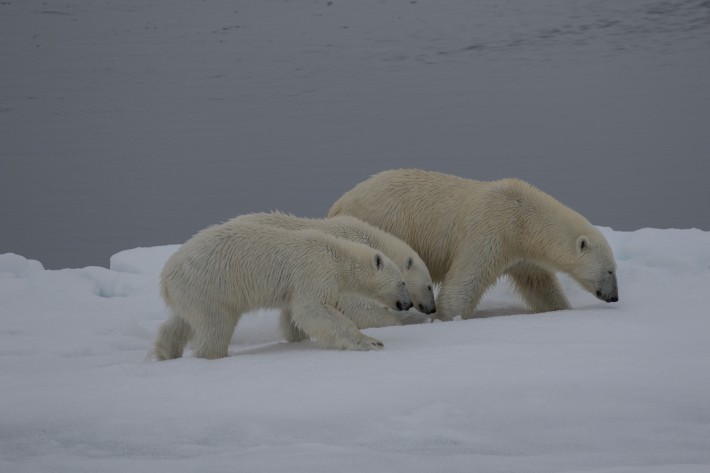 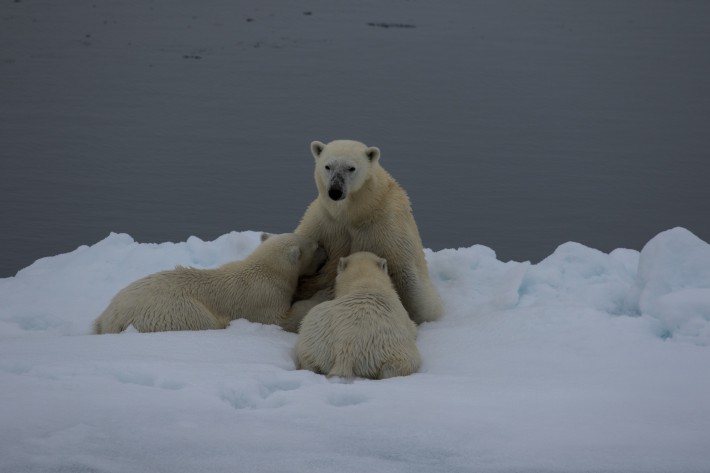 A bear feeding her cubs is apparently a rare photo. Our guides claimed to have seen it only 4 times in the 20+ years they had been coming to the Arctic.

We saw x bears eating the results of their hunt. They were messy eaters 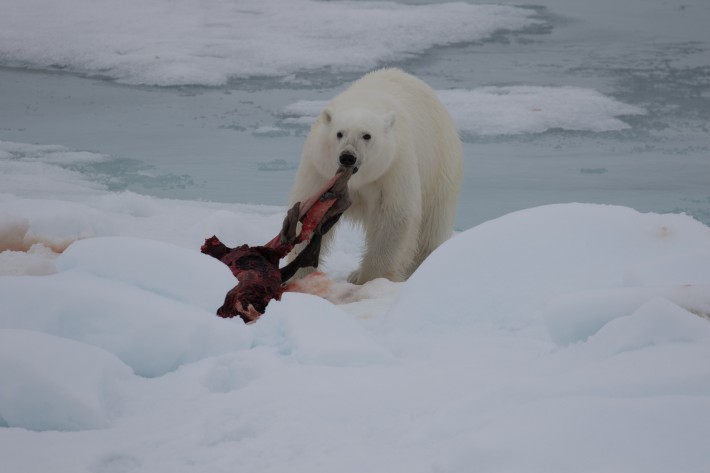 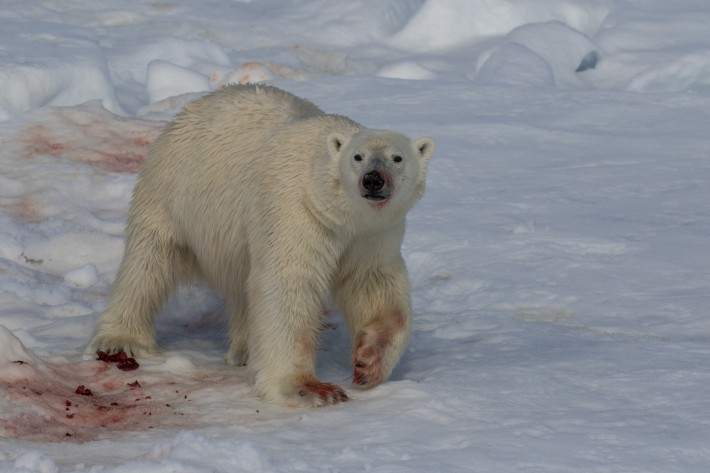 Being messy eaters means the bears left scraps for others to nibble on. Usually the first on the scene was the Ivory Gull 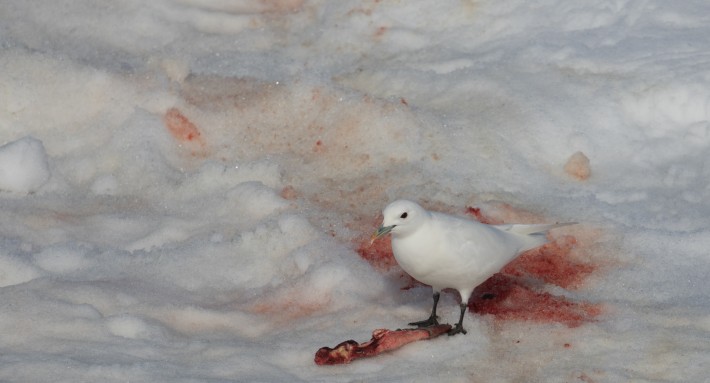 Unlike the bear, this bird is all white and extremely difficult to photograph against t the white snow. 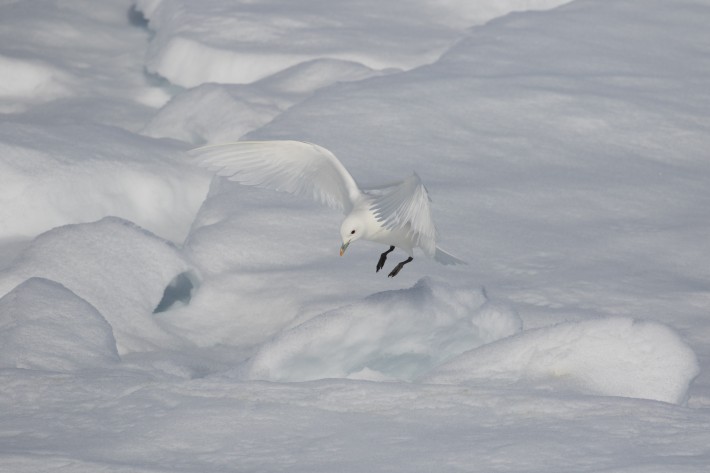 They look better against the blue water 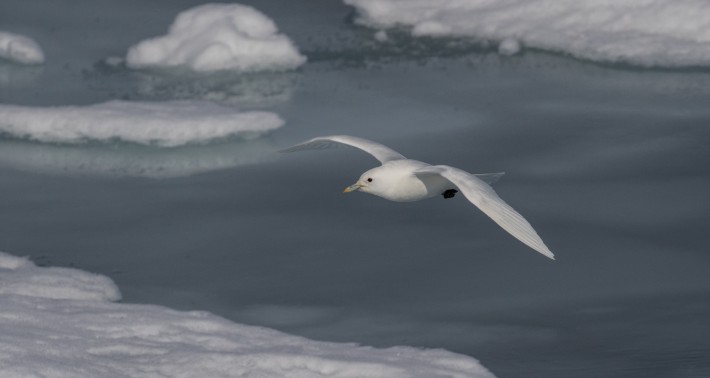 While searching for bears, we often had to plow through the pack ice 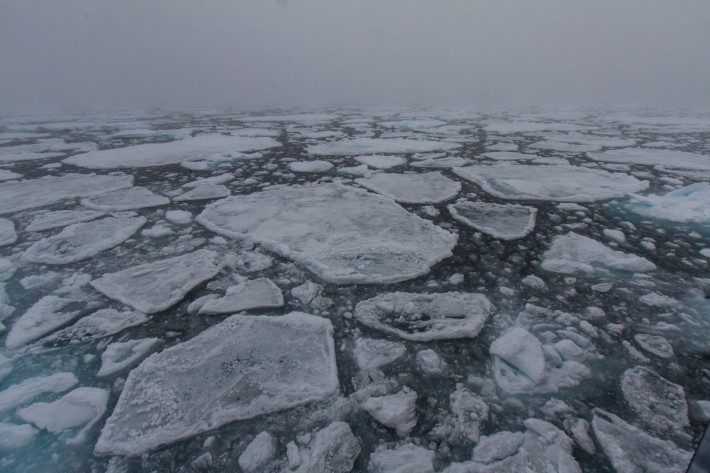 When we did, it turned up the ice and exposed the fish living under the pack to the birds above, and the kittiwakes (a kind of gull) would immediately go into action and catch a nice fish dinner for themselves. 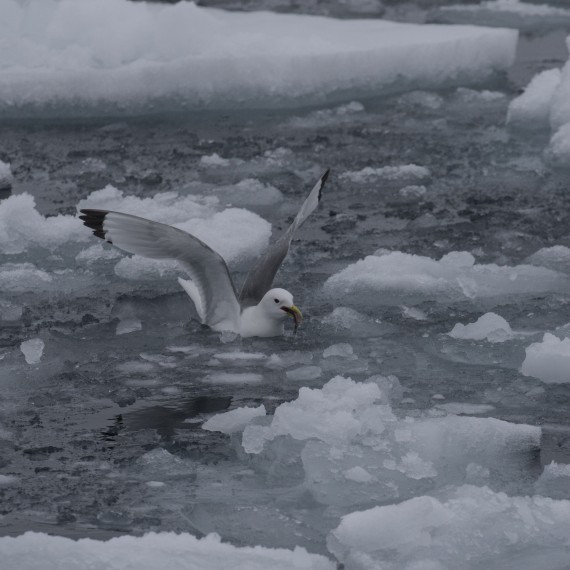 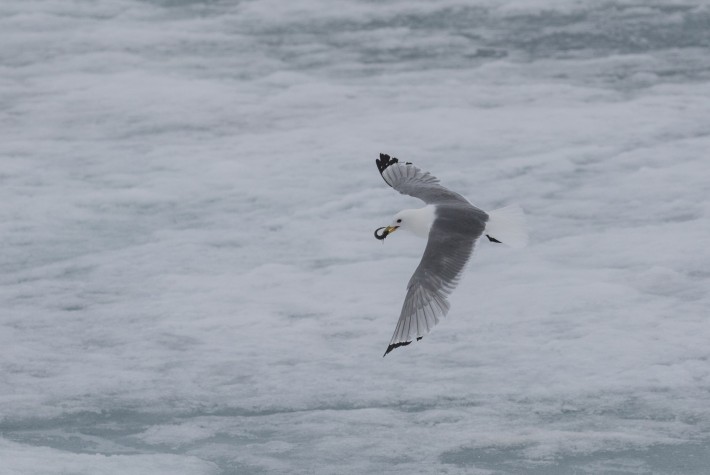 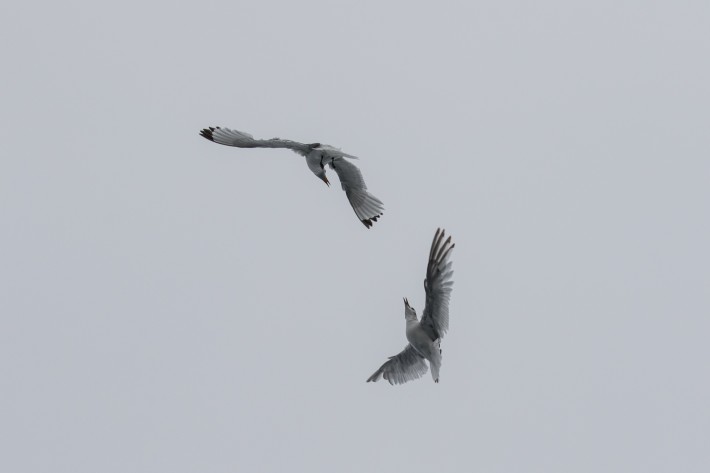 Overall it was a great trip and we accomplished our goal of getting good pictures of the eagles, Arctic foxes and polar bears.