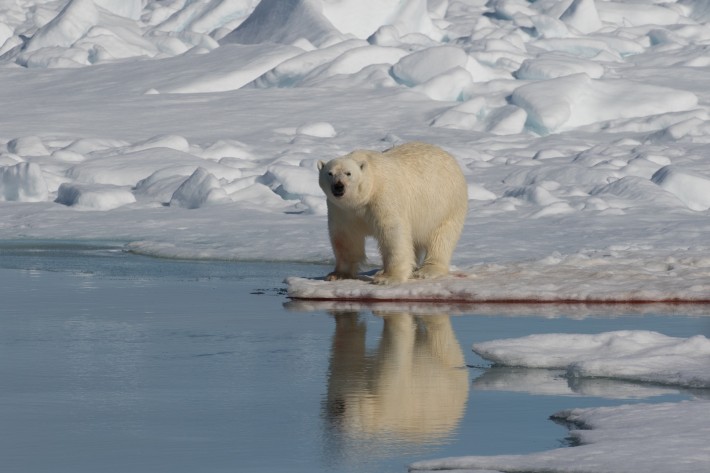 The last, and most important, phase of our Arctic Adventure was our cruise aboard the 50 passengers Polar Pioneer in search of Polar Bears. It was our third trip above the Arctic Circle and we were hoping for better results.

The first was in 2013 to Wrangel Island in Siberia. This trip was disappointing as the polar bears were far less than advertised and when we did see them they ran from us. The inhospitably of the bears was matched by the Russian Crew on the ship, and it was a disappointing trip see Survived Siberia

Our second time was to Svalbard in 2014 aboard the Polar Pioneer but on a non-photography trip. While we got some interesting photographs (see Norway Bears) we were looking forward to a photography-based trip where we chase the bears as look as it took and spend as much time on the bear as we wanted. In other words be obsessive about our photography.

We were not disappointed as we got 3 full days of bear photography, getting 5 multiple hour photo shots on 8 bears, including 2 cubs. Of course we paid a price, we streamed over 1600 miles over the 8 days, getting to within 580 miles of the North Pole, and being shut out 3 full days. That’s no bears, or essentially anything else, on those days. One day Jon took a total of 14 pictures, most of which were trying to get mood shoots of the fog the enveloped us.

The bears behaved quite nicely for us.  They jumped 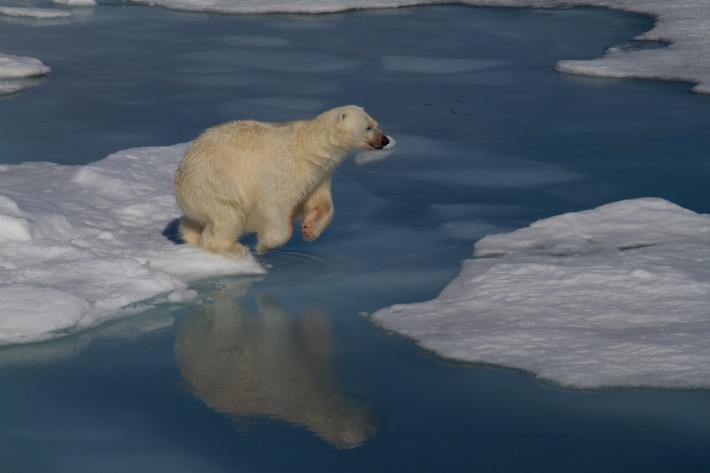 They struck some traditional poses such as walking, 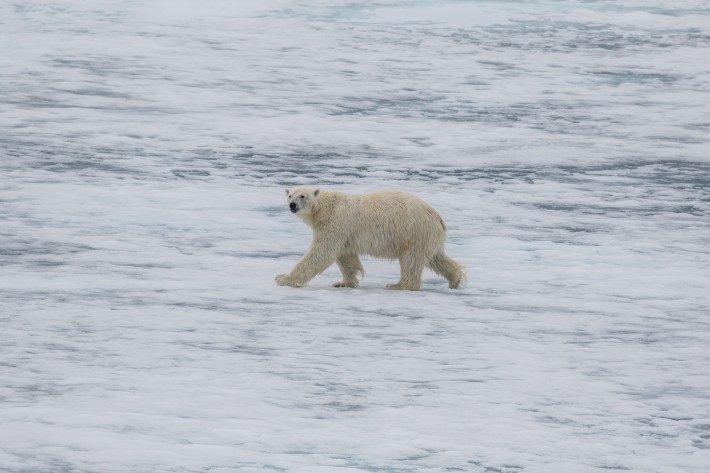 sniffing the air for scent of prey or other bears, or 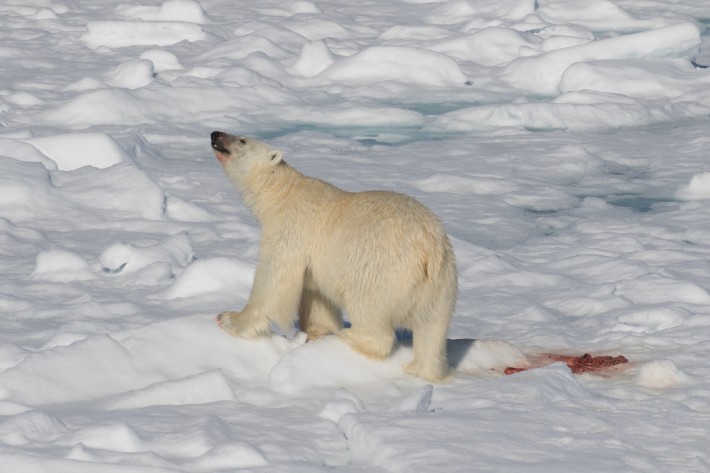 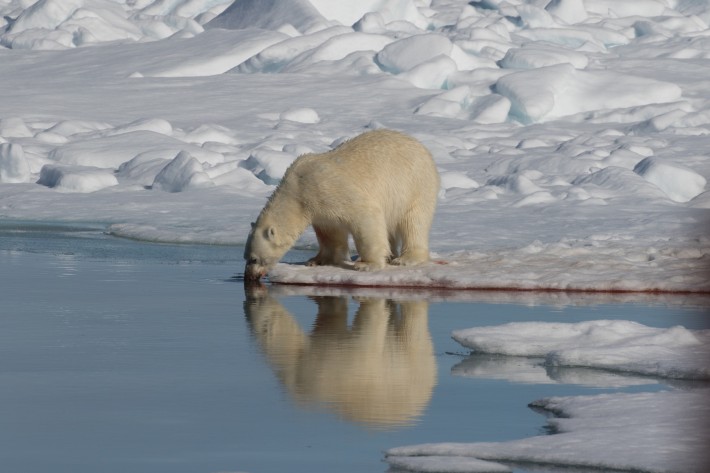 and some untraditional poses 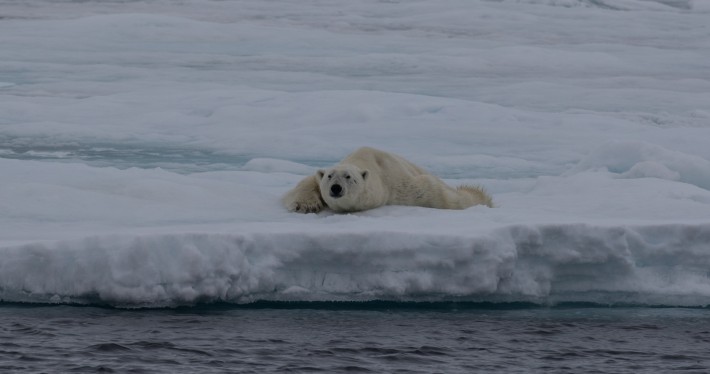 One reason why it is so hard to find polar bears is that they cover large territories and are few and far between. Thank goodness they are not pure white, because then you would never find them. Their fur has a tinge of yellow to it, which enables you to pick them out on a white ice pack. It is still very difficult to do. You need good eyes, good binoculars and a little luck. If you look closely you will see a polar bear in this picture

We were lucky they were hungry because that meant they were on the move and it was possible to spot them.  If they weren’t your odds drop dramatically.  But when they did find food they usually stayed put for a while.  See our next blog.