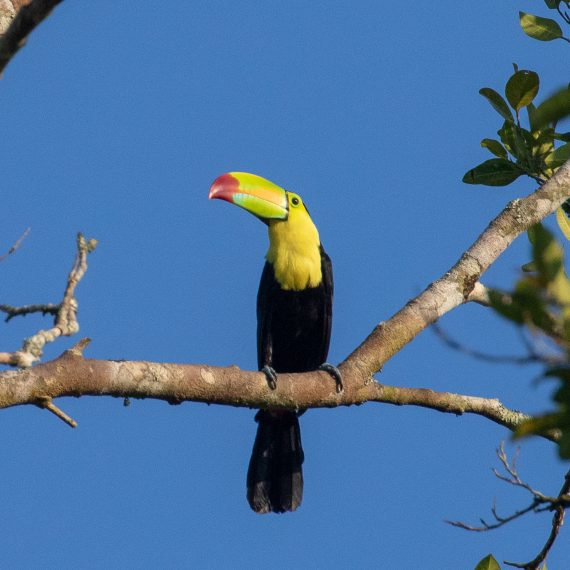 After our trip to Alaska and its high latitudes, we headed South again to spend two weeks in Belize hoping to photograph the great mix of birds there. As Snoopy opened his book “it was a dark and stormy night”,  it was a dark and stormy night when we arrived in Belize.  There was a massive lightning storm for a couple of hours right after dinner.  It cleared the air but didn’t cool the place down. It was over 90 every day for the rest of our trip and it slowed both us and the birds down.  It reduced our return on investment, as our investment went up with the heat and the return dropped as the birds’ activity slowed. 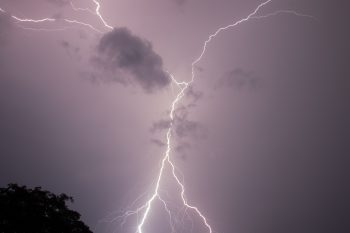 We started out at Crooked Tree lagoon (lake), which being on the water had a lot of water birds such as these cormorant, snowy egrets and  Ringed Kingfishers 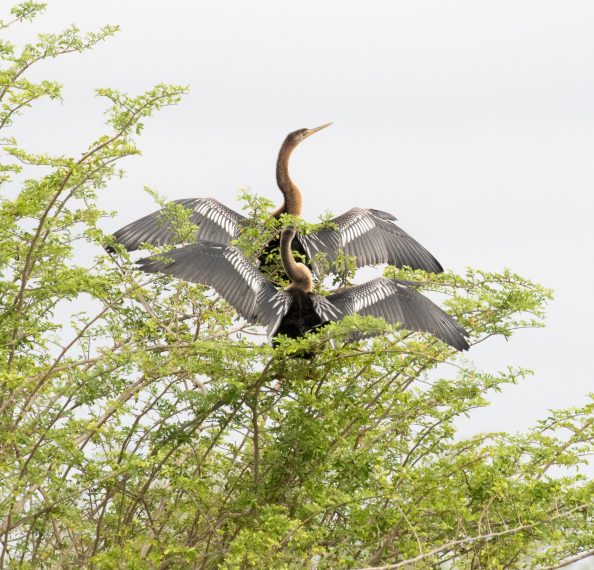 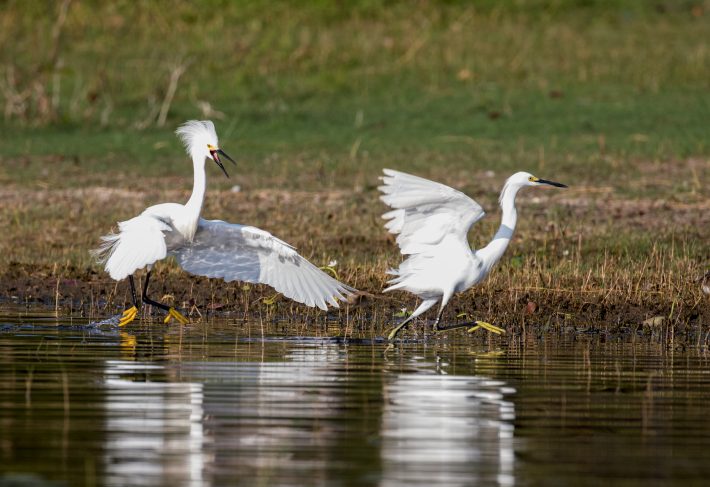 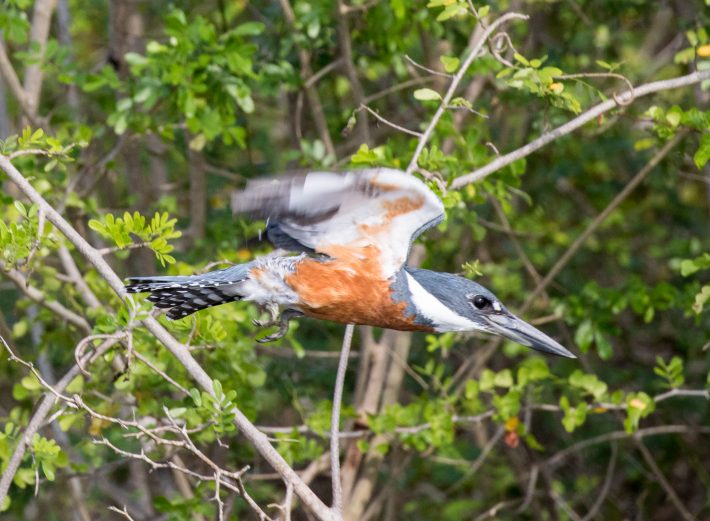 and the unusual boat-billed heron 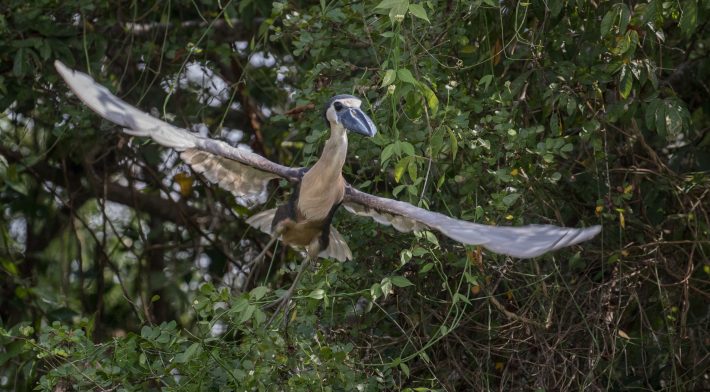 The food was excellent throughout Belize.  While we are not into escargot, we did appreciate the effort the Snail Kite put into its escargot meal.  We saw it capture and devour fist sized Apple Snails. 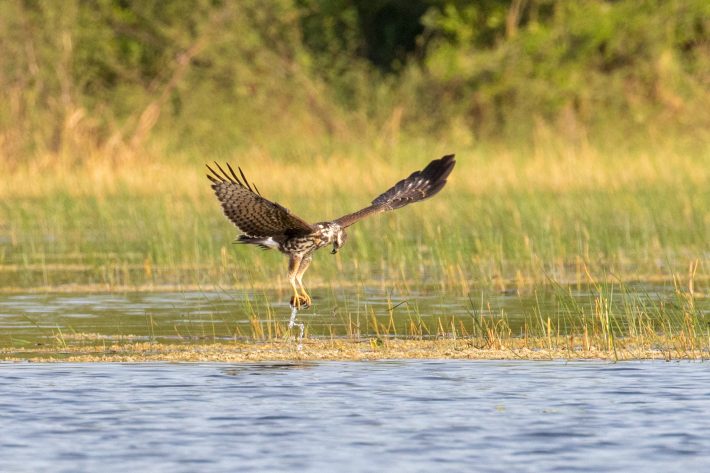 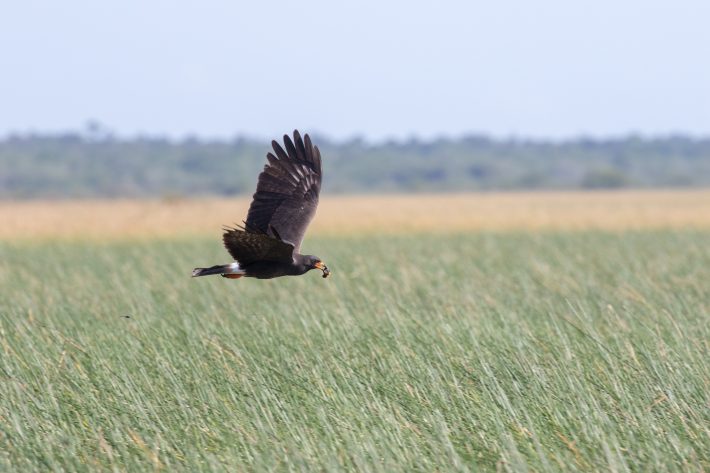 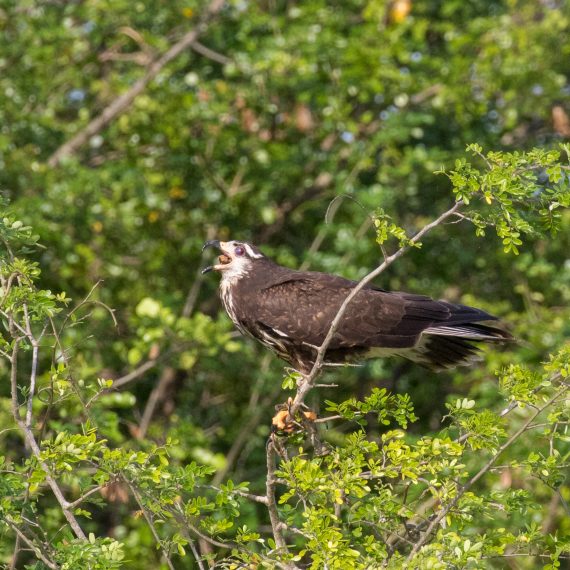 While the Snail Kite’s diet is limited to snails, not everyone is willing to take that chance.  This Western Kingbird harasses a Snail Kite who got too close to its nest 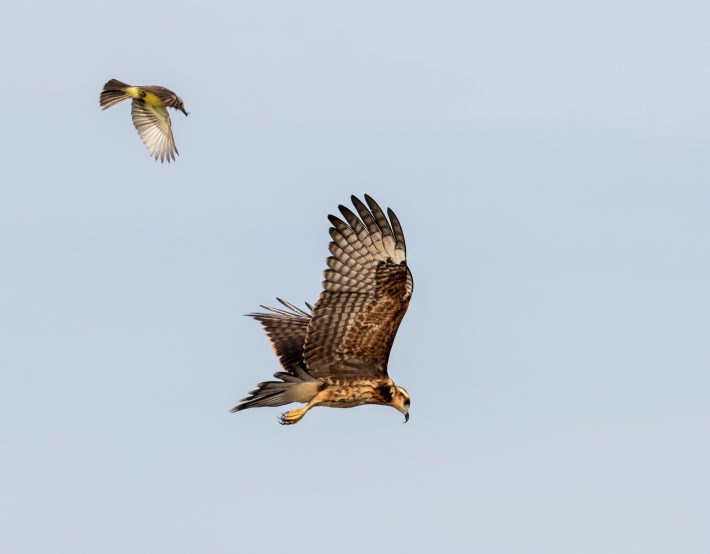 A highlight of the trip was good sighting and shot of a Purple Gallinule.  Catherine has been obsessed (think Captain Ahab and his white whale Moby Dick ) with getting a good photograph of this very shy bird and she was successful: 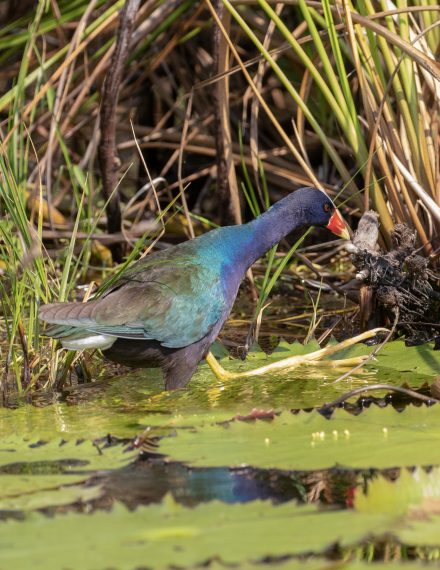 A stable of tropical birding are the parrots.  We were lucky enough to see two varieties, the Mealy and the Red-lored: 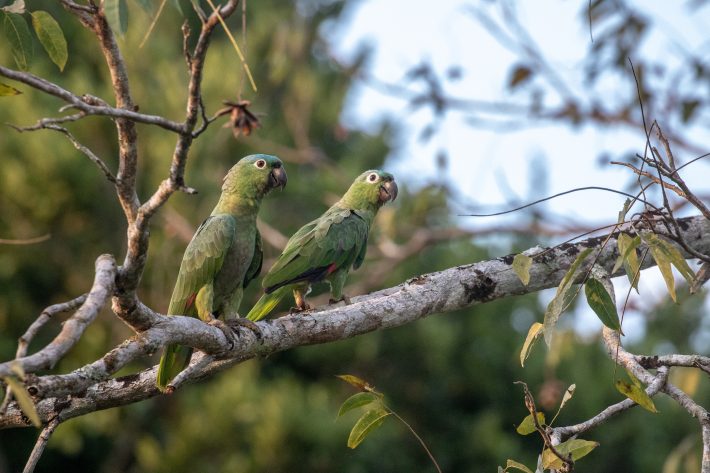 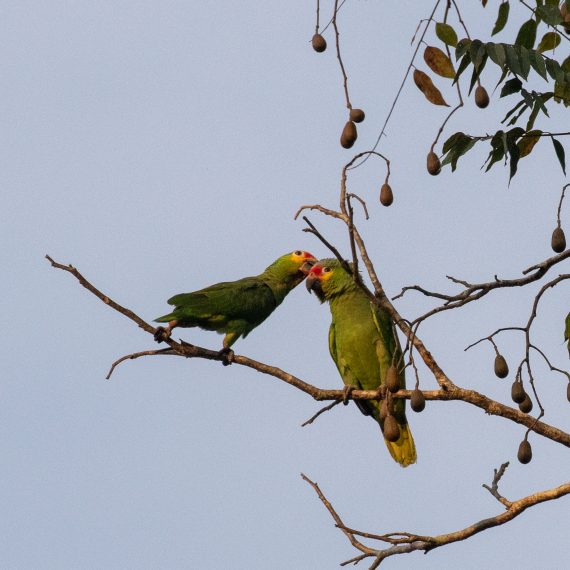 Another stable of a tropical forest are the monkeys.  We saw howler monkeys whose bellow could be heard for miles (louder than a lion’s roar),  and who were lazily resting in the tree tops: 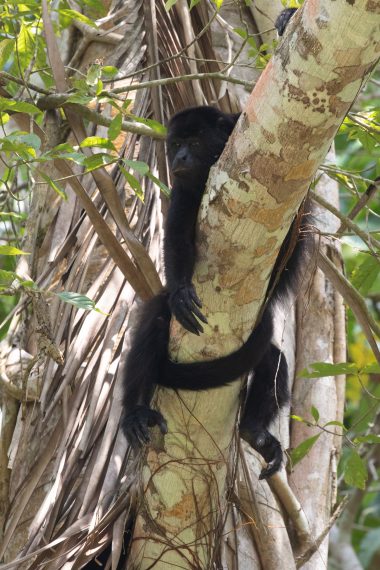 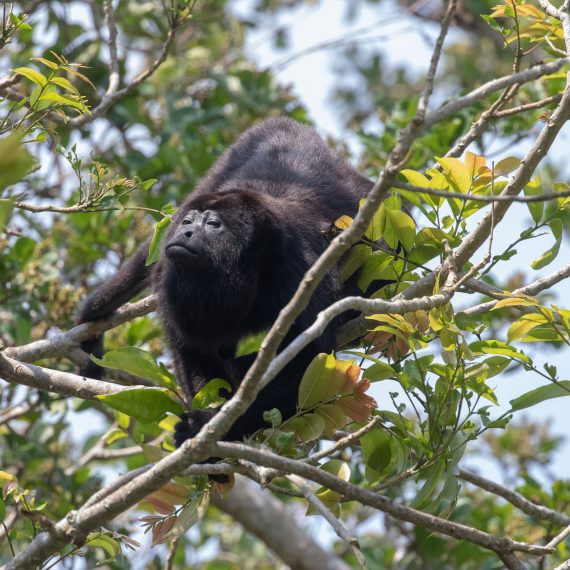 In comparison, the spider monkeys were more active, probably because they had babies: 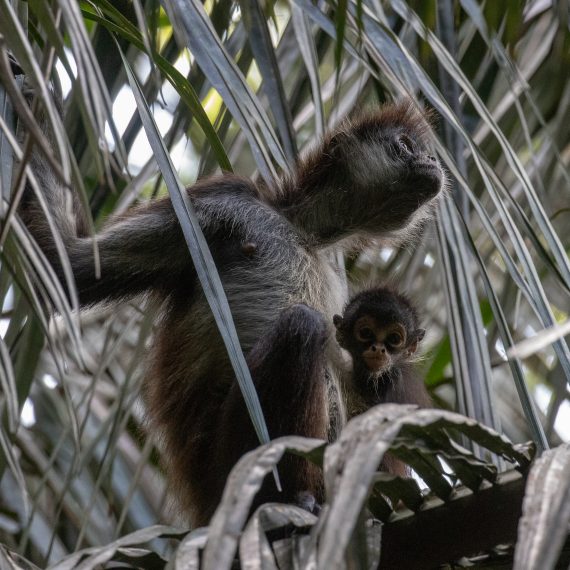 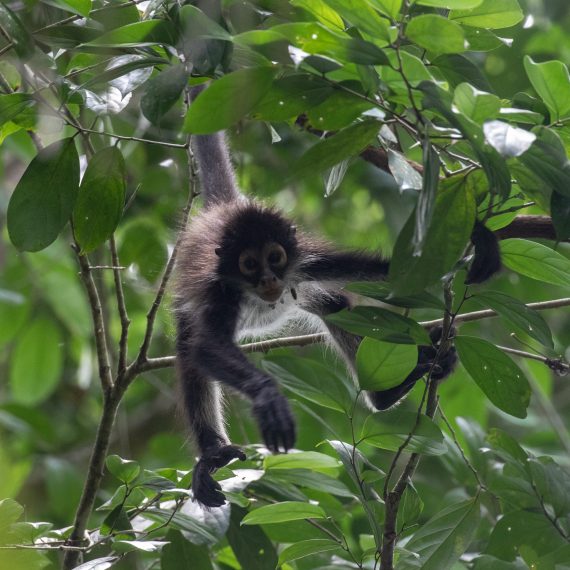 We also saw the Brown Basilscus Lizard, better know as the Jesus Christ Lizard because huge web-like feet enable them to quickly move across the top of water,  giving them the appearance of “walking on water“. Unfortunately we didn’t get to see them ‘walk on water’ but did get a nice shot of one and another lizard, a Silky Anole with its orange pouch. 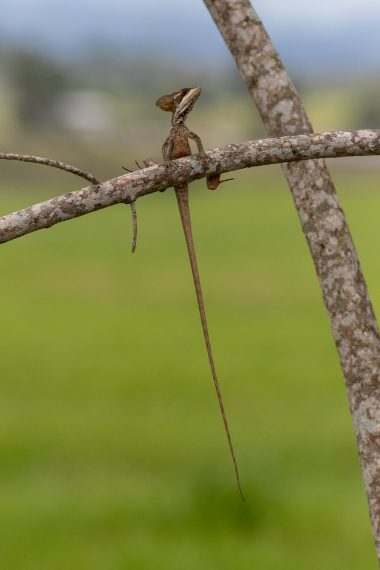 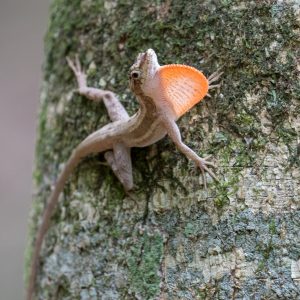 In our view the most beautiful bird we saw was the magnificent Toucan.  While the toucan is probably best known as  the mascot for Fruit Loops 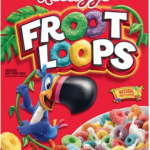 it is also Belize’s national bird.   It was on our shot list for Belize as it fit two of our three criteria for birds to photograph – it was big and colorful, though it was not exactly slow. Their large colorful beaks were the attraction, though you couldn’t help but wonder how they could fly (but they do just fine). 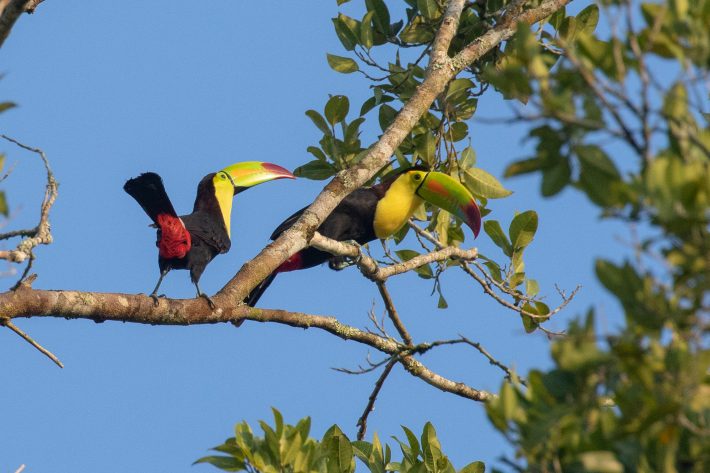 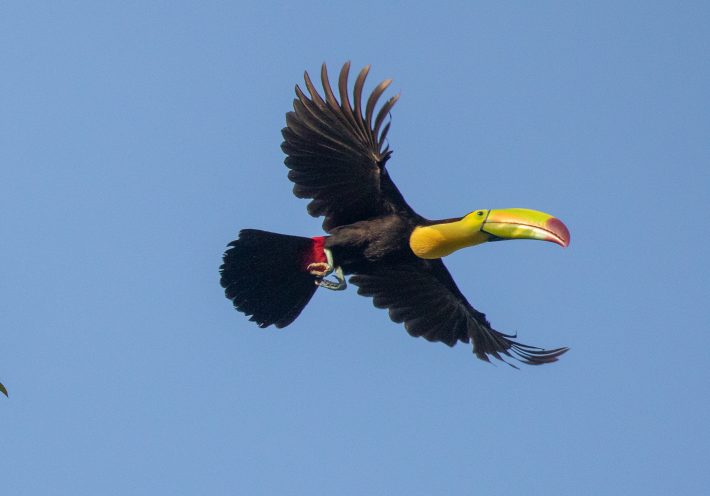