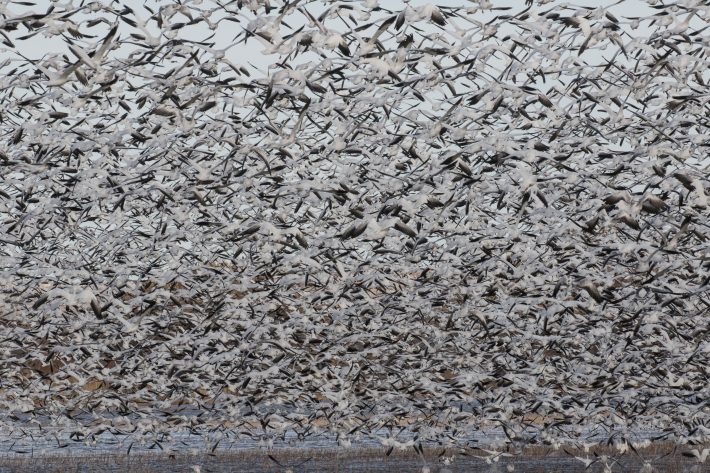 Bosque del Apache National Wildlife Refuge is an iconic location for bird photographers.  Managed to attract sandhill cranes and ducks in the winter, there are literally 10’s of thousands of birds.   We first visited there in 2010, liked it so much we returned in 2012 and 2016,  and most recently just before Christmas 2017.  Each year has been different.  This year there were not any sunrise blast offs, but overall the blast offs were the best ever.

Snow geese have the largest population with over 30 thousand birds claimed at the Refuge while we were there. The geese are attractive birds by themselves or in small groups: 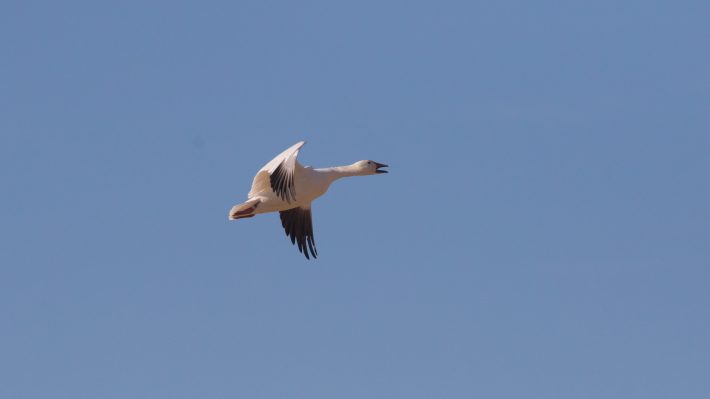 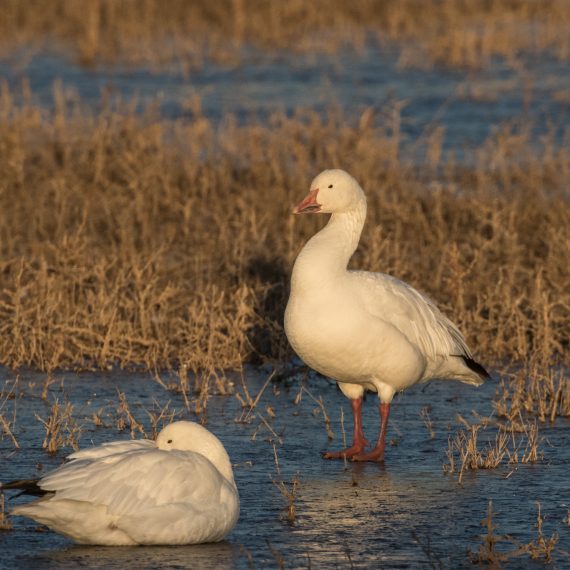 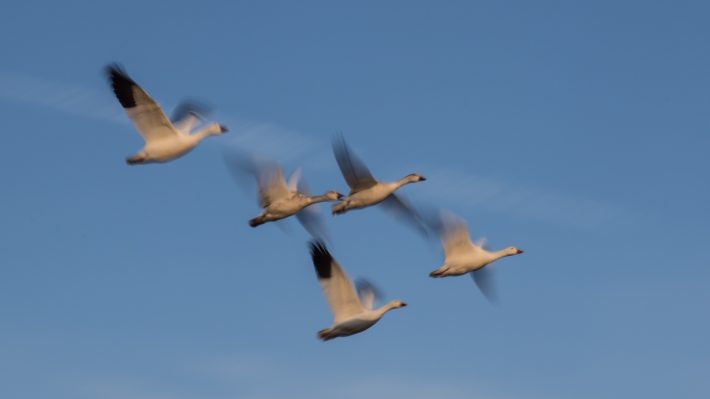 But it is there blast offs that are why photographers go toBosque. The snow geese gather in a pond or a field in large numbers 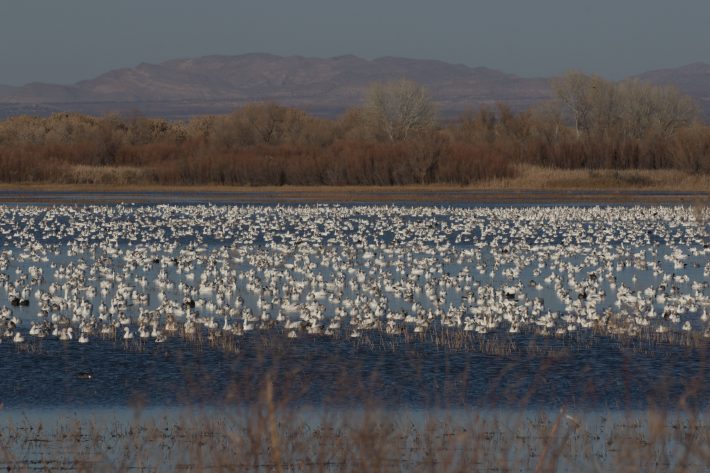 Before all taking off at once, thousands of them – a blast-off – becasue that’s what it sounds like. 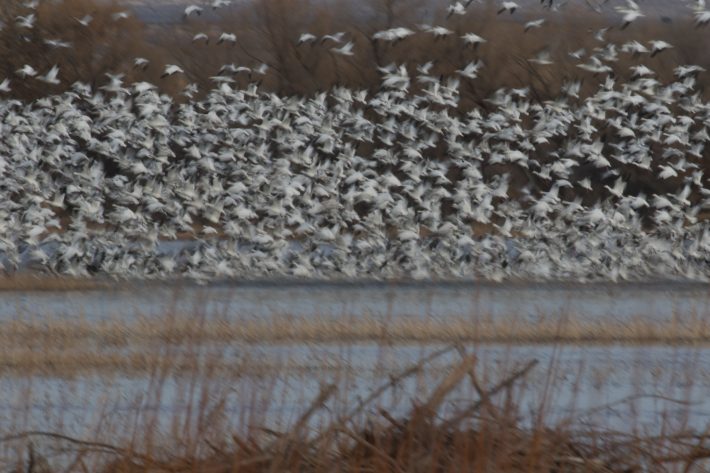 and filling the sky 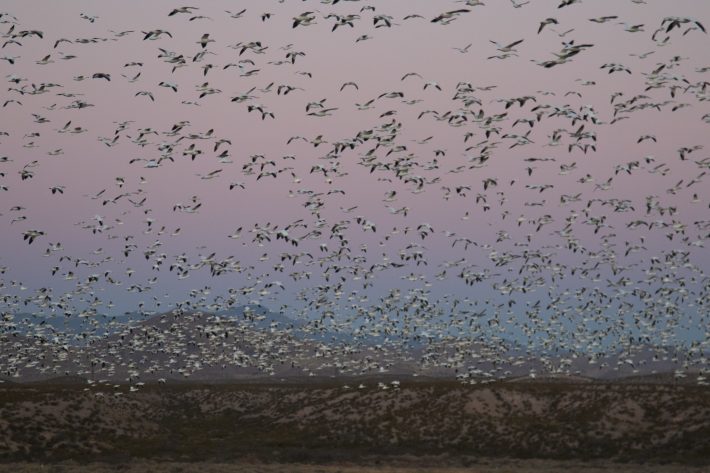 The geese coexist with the cranes, with both enjoying the corn banquet the Refuge farms for them:

While the geese are known for the group blast offs,  the cranes are more solitary in their coming and goings 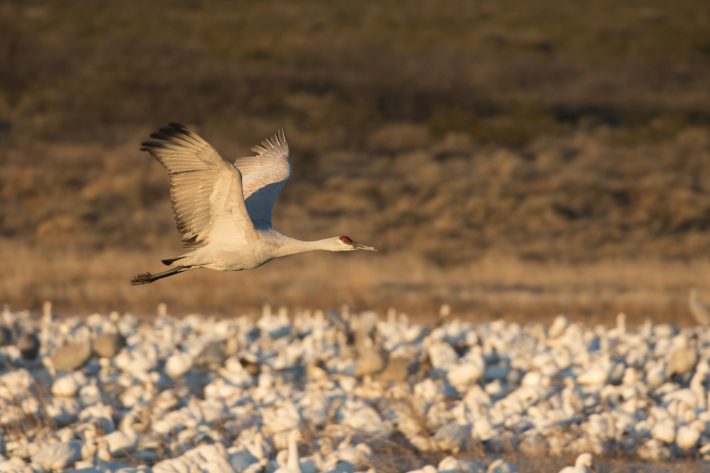 The cranes also have more interactions than the geese, whose only interaction seems to be” time to take off”. 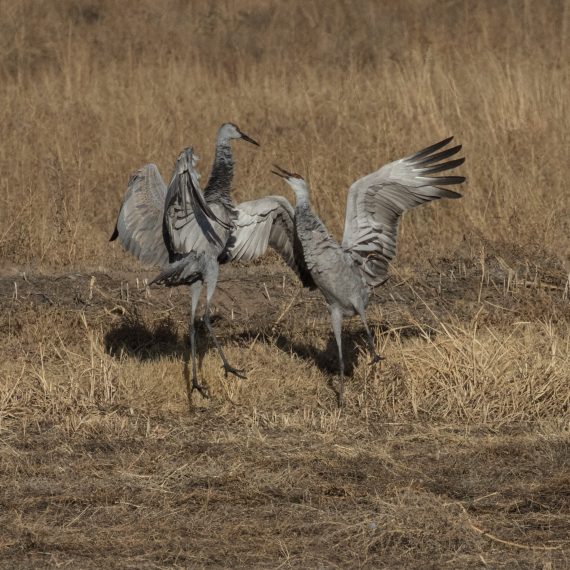 the below sums up our trip: 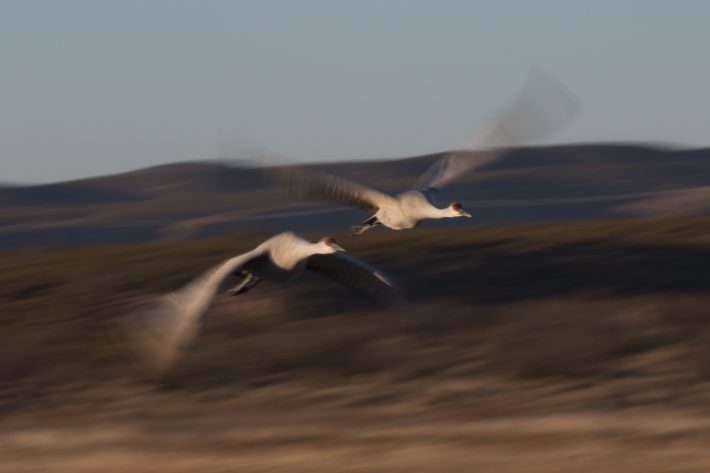 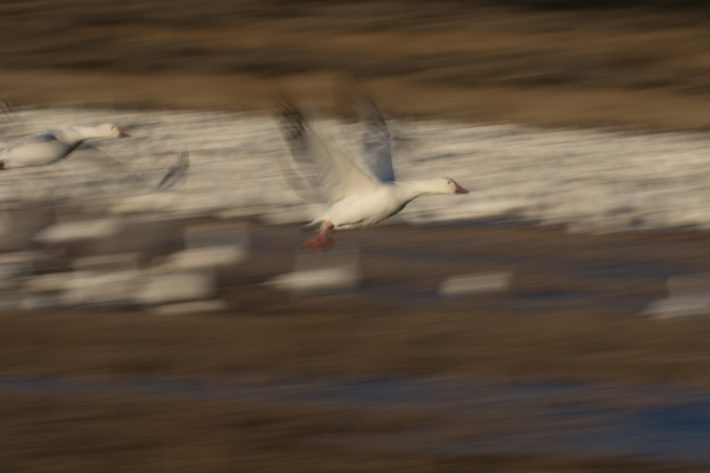 and no trip to Bosque is complete until you get the cranes landing into the sunset. 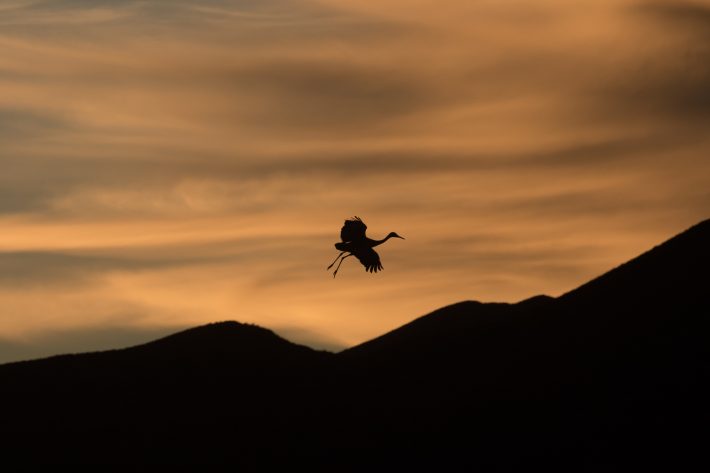