Bears are the largest land predator, and while we have chased polar bears 5 times and gotten some shots of brown bears in our travels, our August trip to Alaska was the first time we had made brown bears our focus.

Our travels took us to Kodiak, Alaska via Seattle and Anchorage (See report here) where we boarded a float plane for an hour trip to Geographic Bay on the Katmai Peninsula and our home for 5 days, the 84 foot Coastal Explorer. 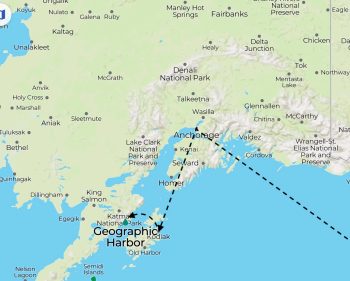 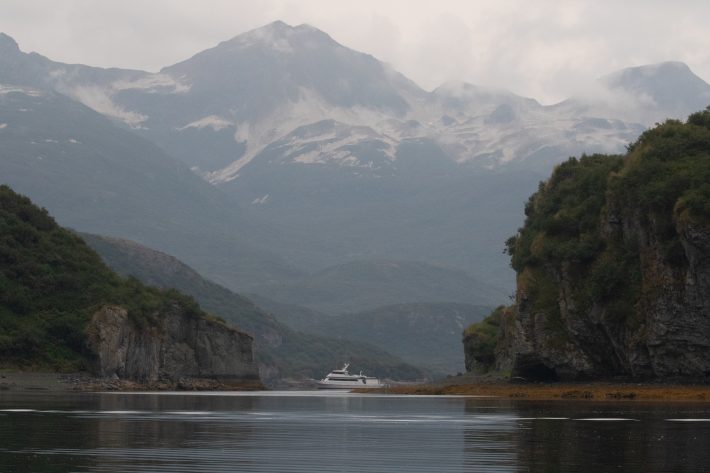 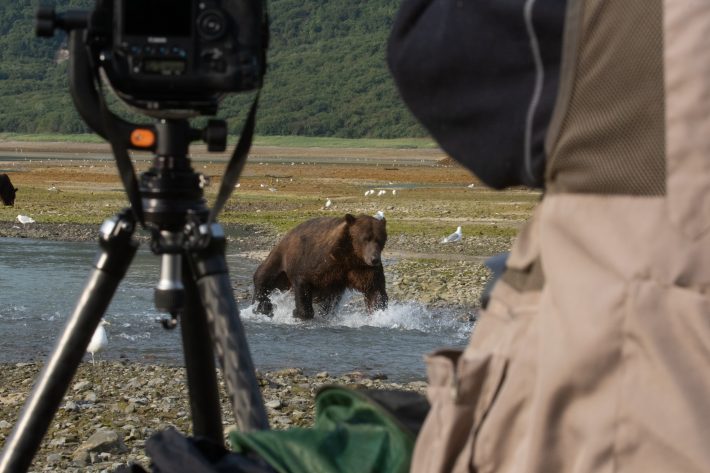 While Brown Bears are slightly smaller than Polar Bears, averaging only 318 kg in weight compared to the Polar Bears’ 360 kg, they are still massive animals 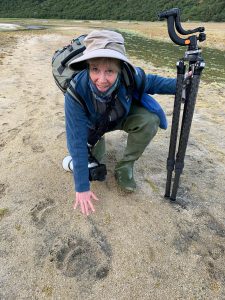 So when the second largest land predator starts running in your direction it gets the adrenaline flowing. 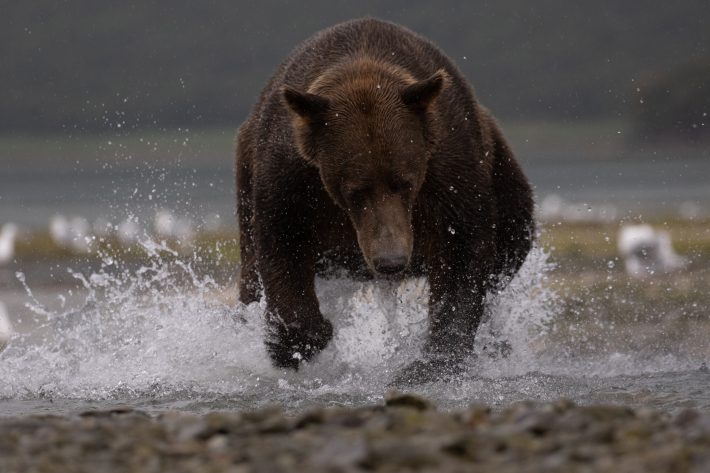 The good news was the bear’s interest were the numerous salmon in the creek and they basically ignored all the other visitors to their home.  While they got within 15 feet of us, they were never a threat.

The salmon were just too appealing and delicious 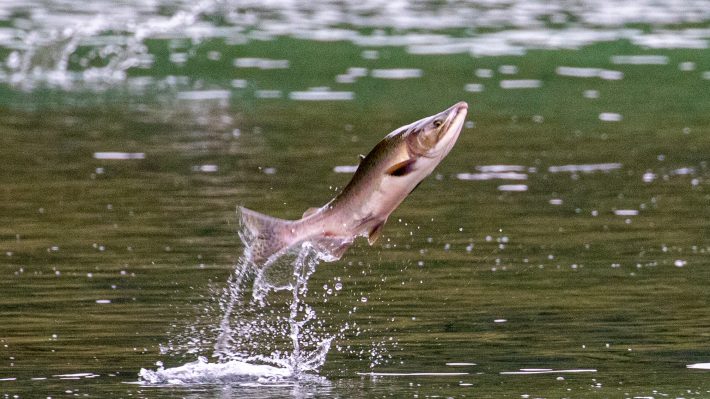 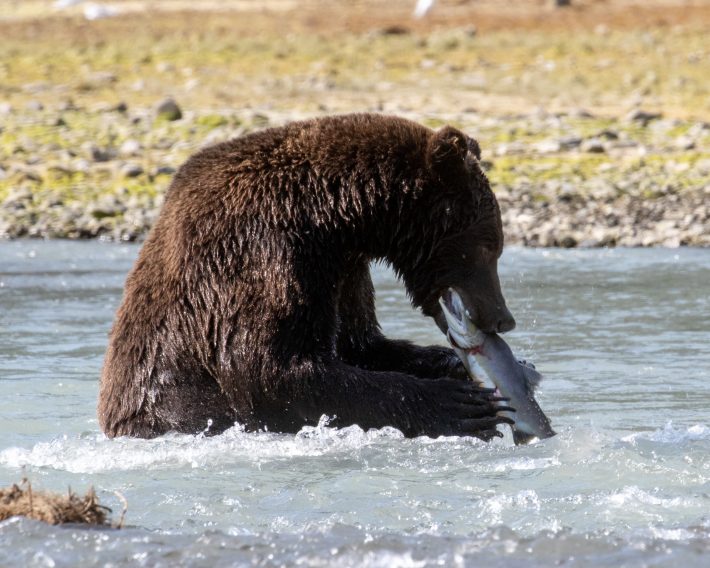 Alaska is known for its large tide range and in Geographic Bay it was over 10 feet.  When the tide went out it created a large area for the bears to fish in and gravel platform for us to photograph them (and keep an eye on their where abouts, while  they ignored us they were still a wild and powerful beast and prudence was called for). 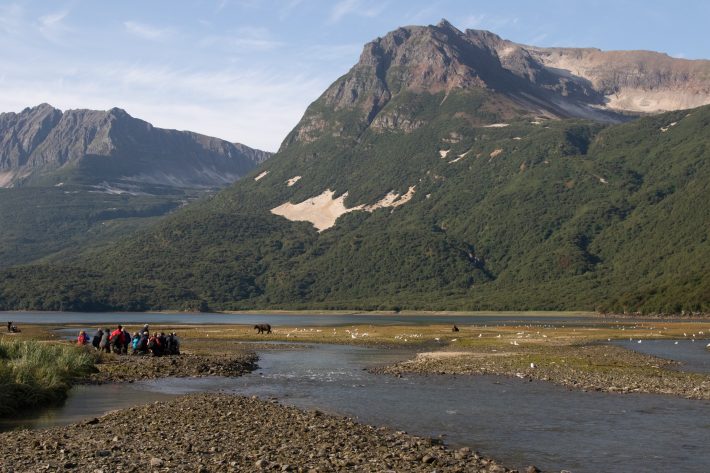 The bears liked to cruise the creek for salmon 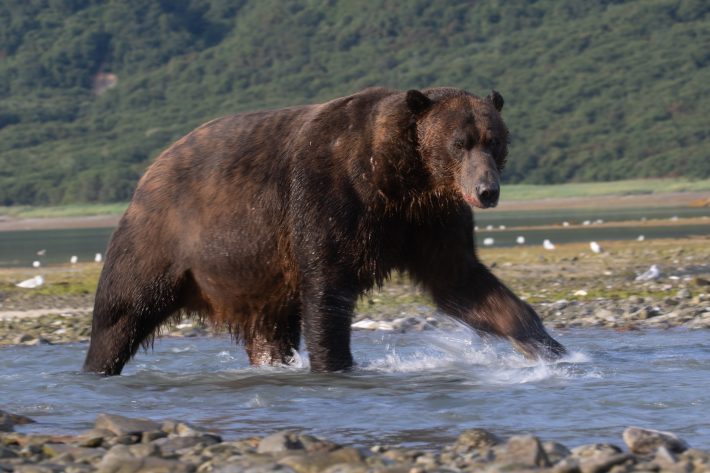 They exhibited different types of fishing methods.  As photographers we liked the chase mode the best as it produced most dramatic photos. 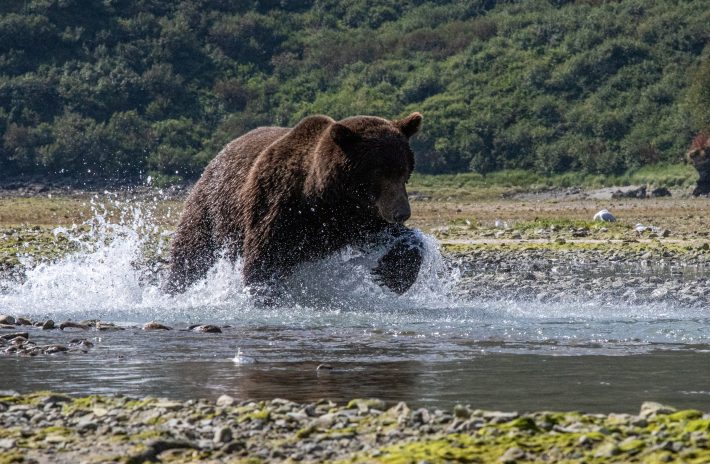 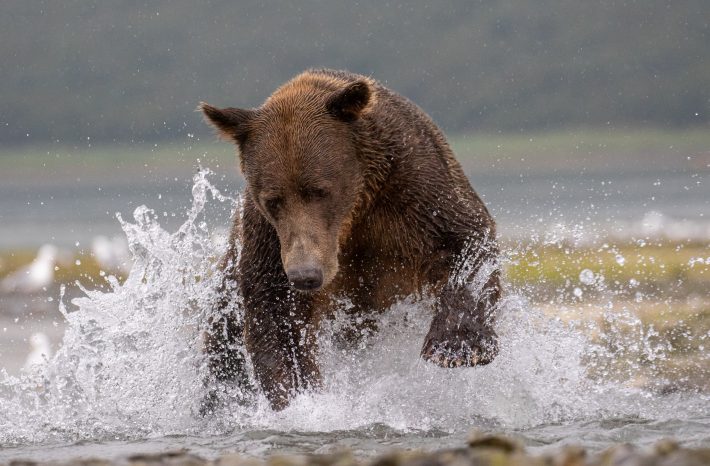 We saw several cubs whose enthusiasm and playfulness was fun to watch. 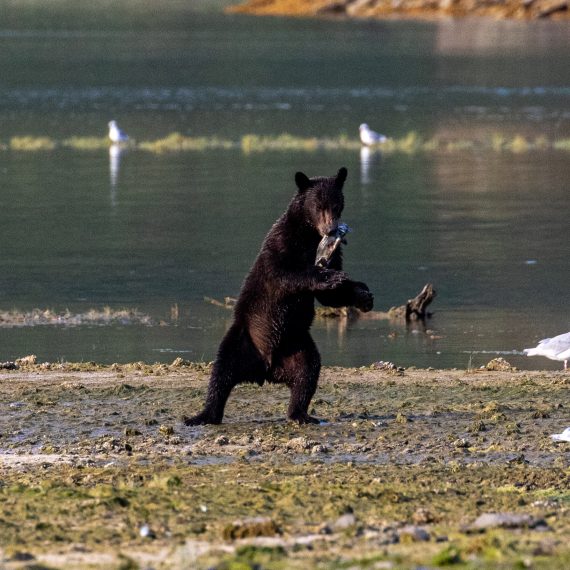 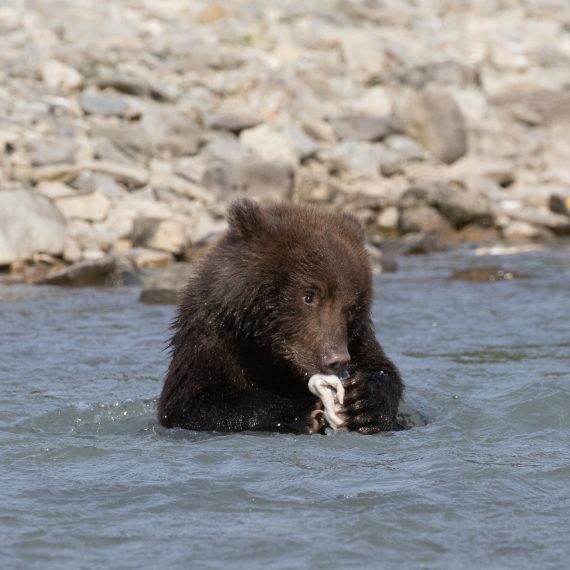 The most fun was when they play fought (we didn’t see any real fights between males or females protecting their cubs from males).

This video summaries the trip: 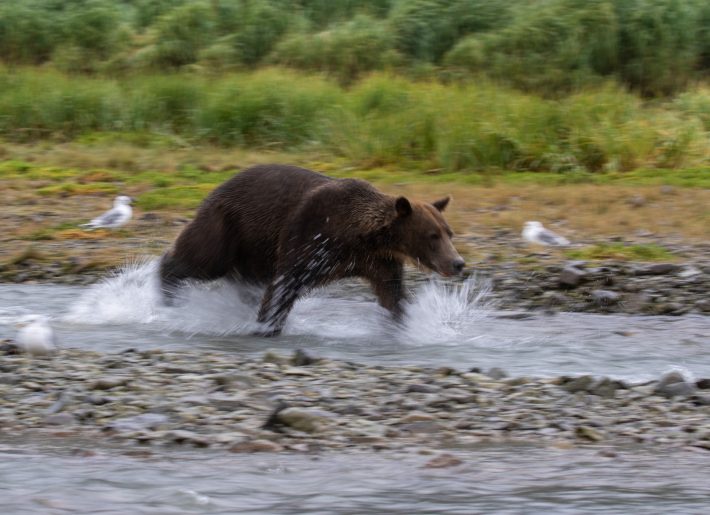 or a bird photo 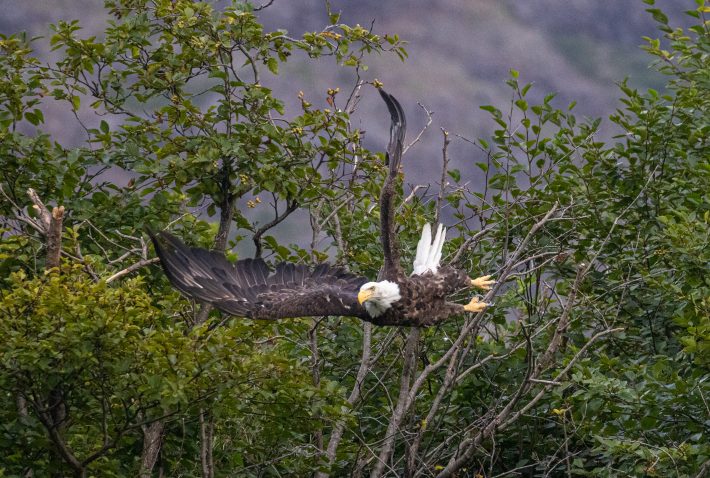 Shooting Bears – Photographically That Is