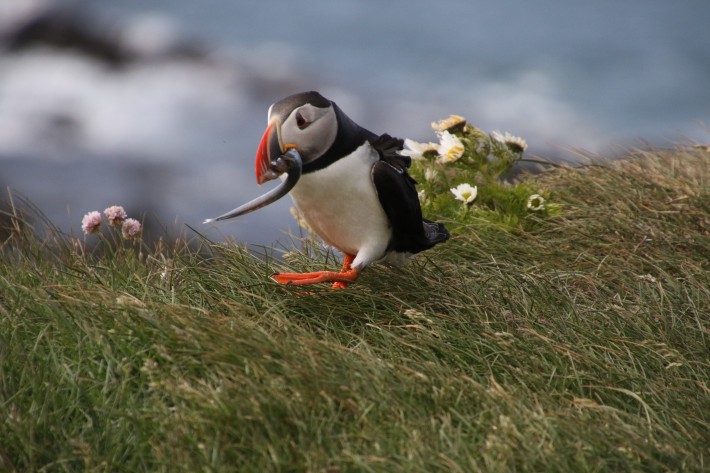 After an uneventful flight Monday to Iceland our luck changed and we experienced one of every traveler’s worst nightmares – a botched reservation at our hotel.  When we arrived the hotel desk clerk said ‘oops”, for they had changed our reservation to from Monday to Friday (after confirming it for Monday on the previous Monday). “A bookkeeping error”. As they were ‘out of rooms’ they sent us to two different hotels before we had a room (and it is after midnight when all this happened).

But things went smoothly after that, we were off to see the puffins at the Latrabjarg Cliffs in Iceland’s Westfjords,  and they were as advertised – cute and very close. 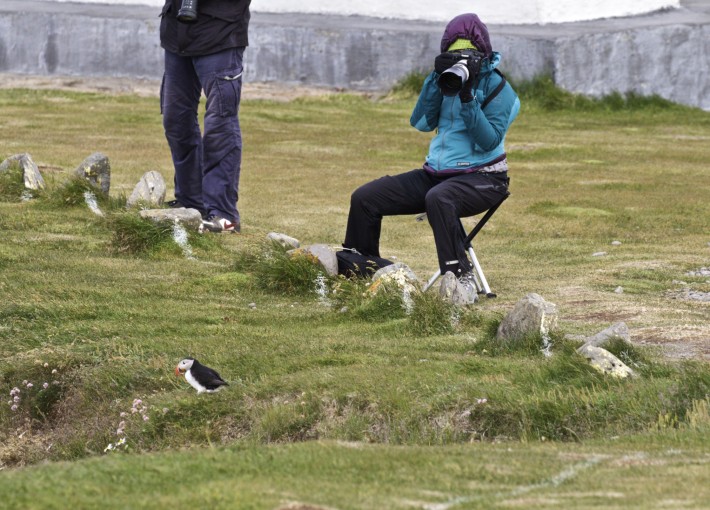 The weather cooperated and it didn’t rain.  The first day it blew like crazy, with winds routinely exceeding 20 mph, and blowing off the cliff so we couldn’t get as close as we might of otherwise.  But it didn’t stop us from getting some great flight shots 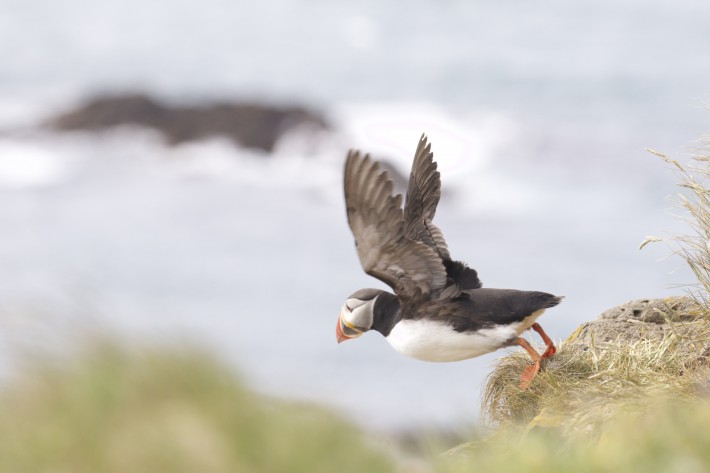 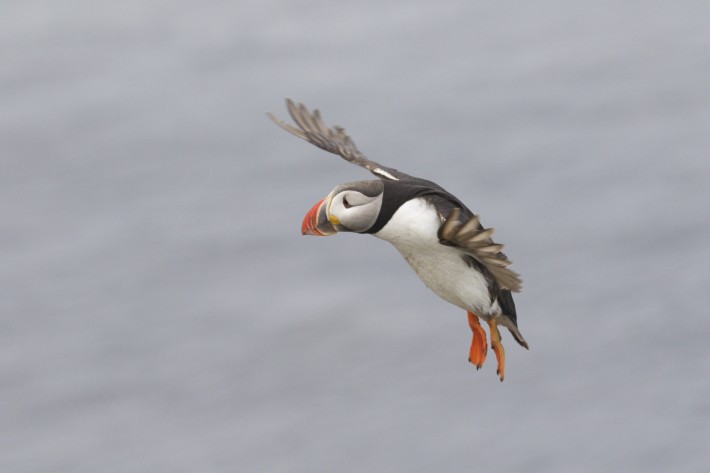 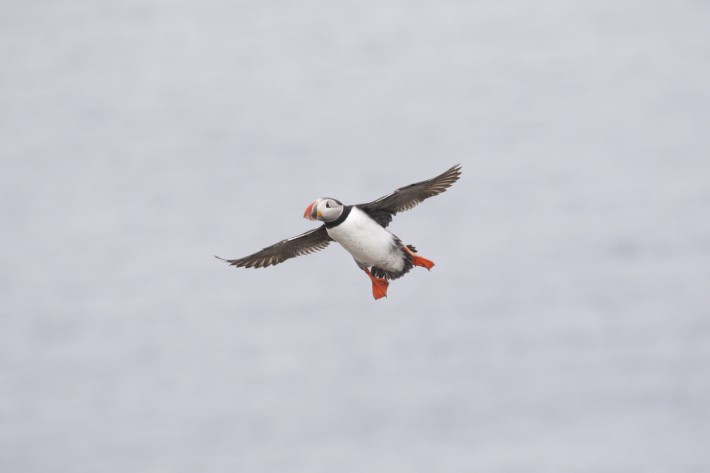 An unexpected bonus occurred when we ran  across an Arctic Tern colony. These are one of Catherine’s favorite birds and a record setting one. They migrate between the Arctic and Antarctic – traveling over 12,000 miles each way but living in the summer light all year round (they have the longest migration of any bird in the world and also see the most sunlight a year of any living creature.) 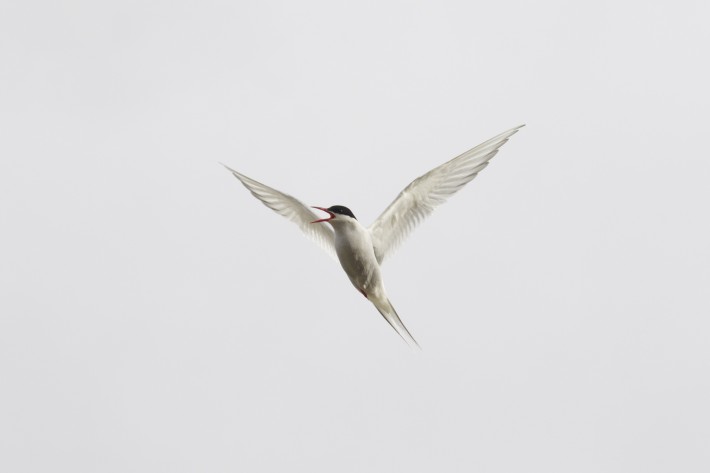 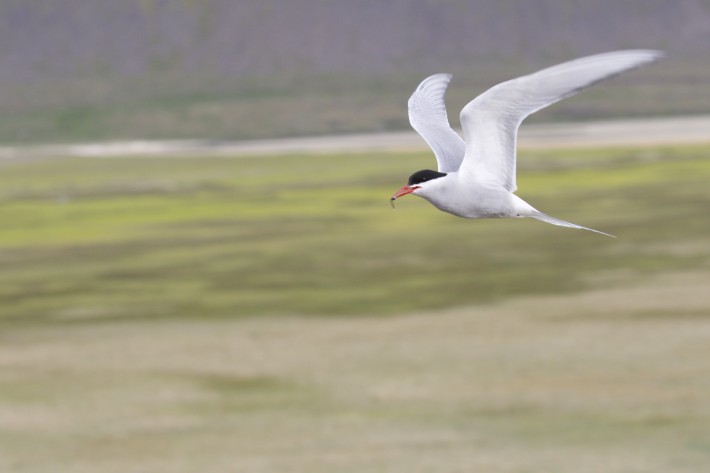 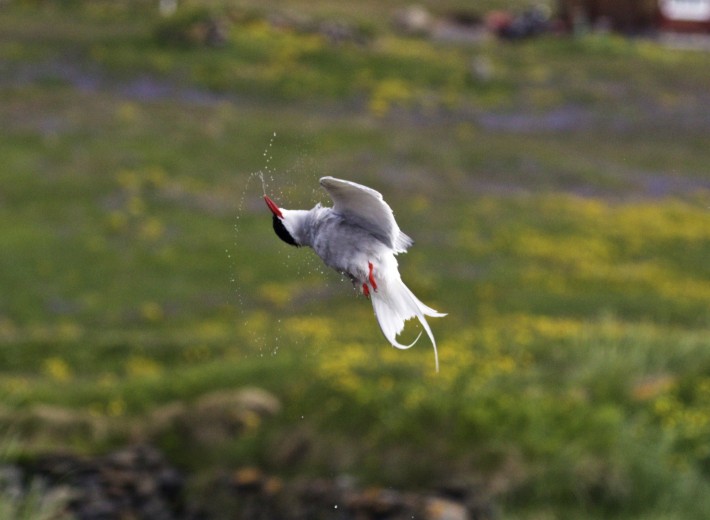 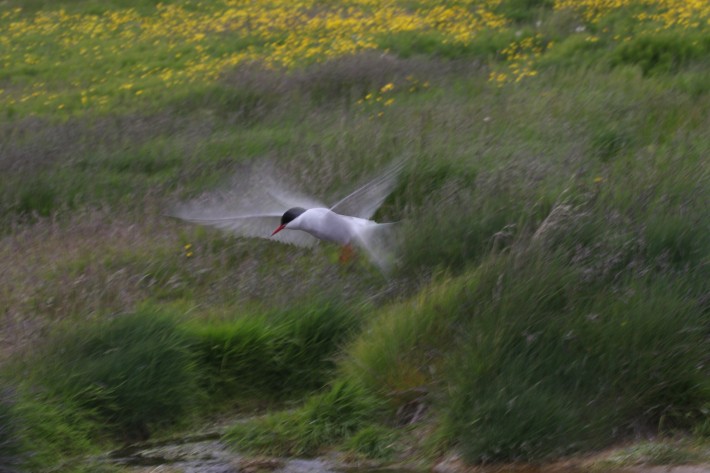 Our most unusual sighting was a walrus.  Walrus are not normally seen  in Iceland and the thinking was he had wondered over from Greenland. 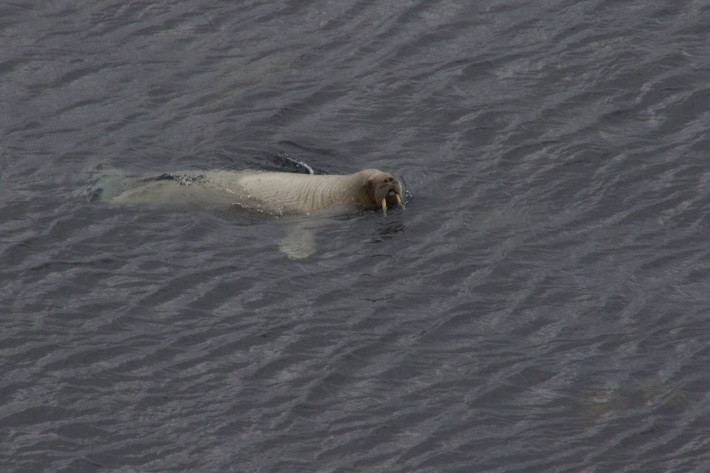 We now shift gears and start the landscape portion of our trip.  The trick for us will be to be able to keep our wits about us when nothing moves.