The last leg of our trip took us south to Berenty Reserve in the Spiny Desert region of Madagascar. It is called the Spiny Desert because the rain forest trees had given way to the Octopus tree, whose long spiny trunks make it look like an octopus. The Sifaka Lemurs climb the Octopus tree to eat its leaves. This is amazing when you see the thorns of the tree, which are up to an inch long and very sharp.  But the leaves on the trees are small and don’t provide the nourishment that the lemurs find in other forests of Madagascar.  They end up being malnourished, skinny and with poor fur.  But they are still cute. 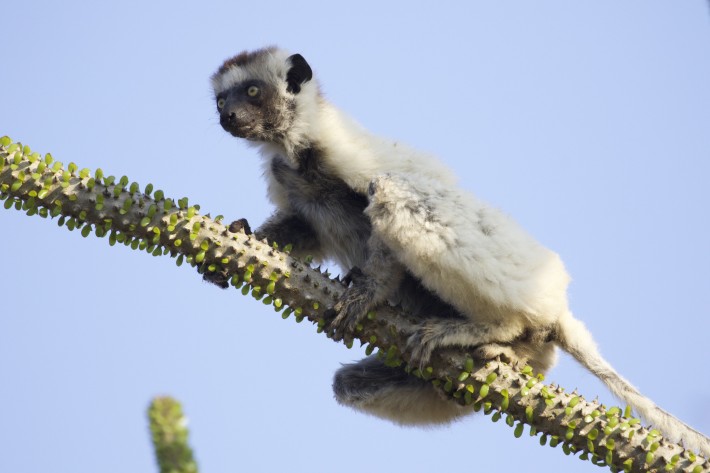 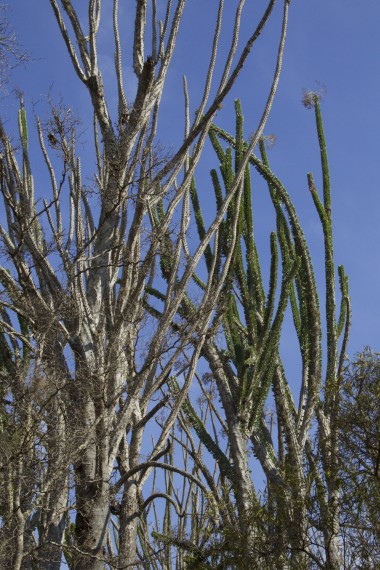 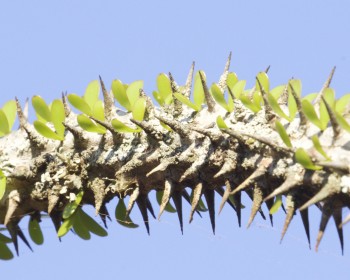 While the accommodations here were first class (the bathrooms were with toilet seats and without frogs), the trip to the Reserve was not. It was only 40 miles from the airport, but took 4 hours of driving time to get there. And that was not due to any traffic but as one guidebook put it “a deteriorating road”, which was an understatement. It was rare to find a 50 foot stretch of road without potholes. To top it off, on the way there we got a flat tire, and the spare was also flat! Luckily we were able to steal a tire from the dual rear tires and where on our way after only an hour of work. 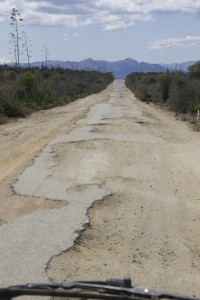 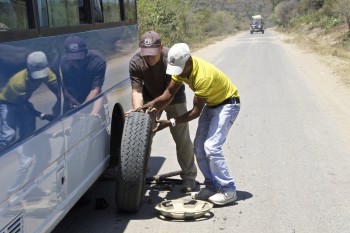 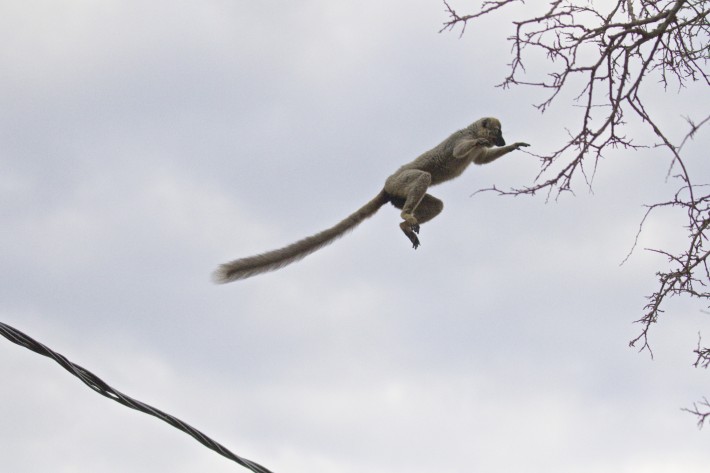 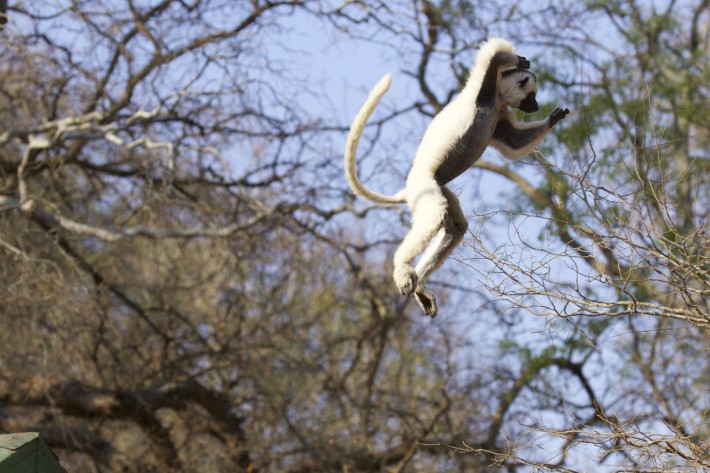 We continued to see those cute lemur babies 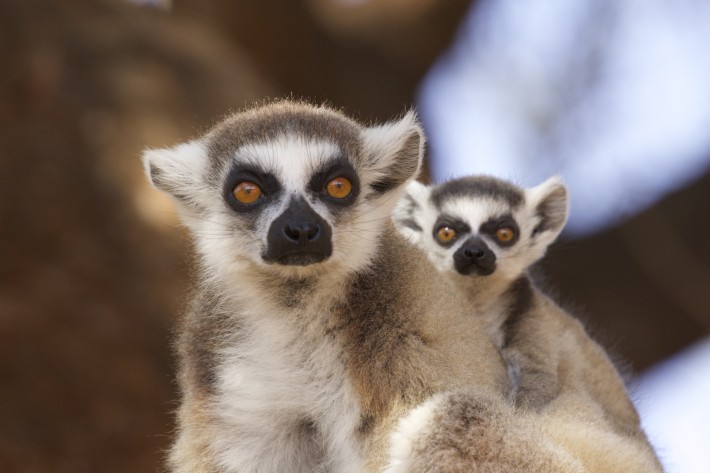 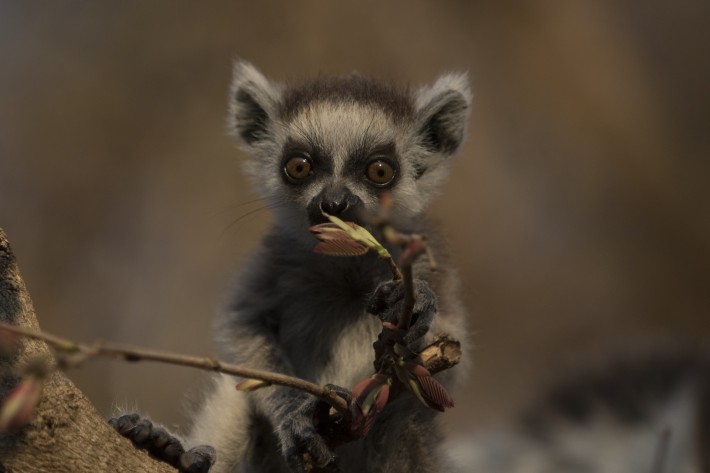 But the main reason for going to Berenty was the dancing Sifaka Lemurs. Because the area was more open the lemurs had to travel more on the ground than elsewhere. And unlike most lemurs, the Sifaka can’t walk on all fours so they hop, or dance on two legs across the open spaces, which makes for some great pictures. 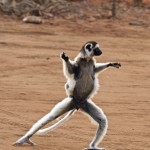 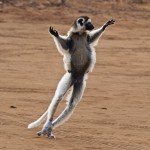 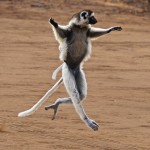 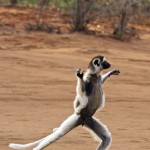 Overall the trip was a success. Madagascar is one of the poorest countries (10th poorest) in the world and it showed. Travel within the country was a hassle, between the deteriorating roads, an airline whose union struck them because they wanted better management, and hands out everywhere asking for money. But we got the shots of the lemurs we wanted and can check Madagascar off our list of places to go.