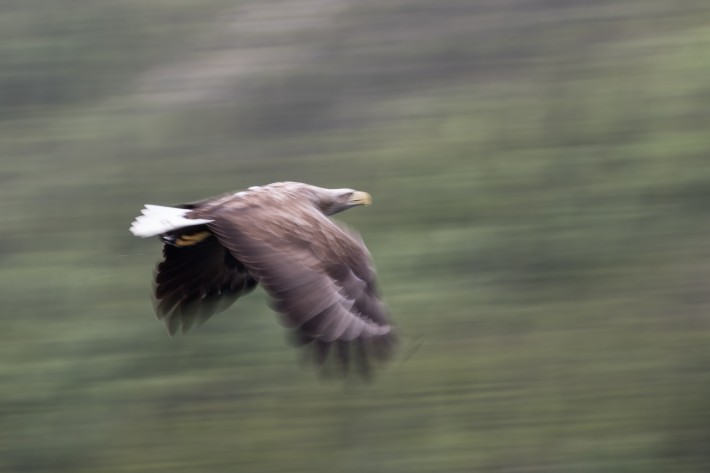 Our first stop for our 2016 Arctic Adventure was Lauvsnes on Norway’s North Central Coast. It was an hour’s flight from Oslo to Trondheim and then an easy 3-hour 180km drive with 3 road changes – Highway E6 for 100km, then left on Highway 17 for 40km and then left again on Highway 766 for the last 40km. 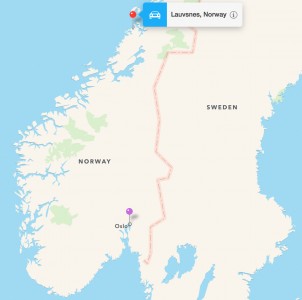 There we photographed the area’s eagles and gulls. You might wonder why we photograph one of the most common birds (gulls) with one of the most magnificent (eagles). It was the synergy. Our guide fed the gulls so they followed our boat, signaling the eagles that food was coming. And the gulls gave us something to photograph as we moved between eagle territories (the white-tailed eagles are territorial, as opposed to bald eagles who are not).

While the eagles like seagulls (tell them food has come), we like gulls (attract eagles), and gulls like us (we feed them), gulls do not like eagles because they fear they will invade their nesting areas. So the gulls harass the eagles whenever they can. 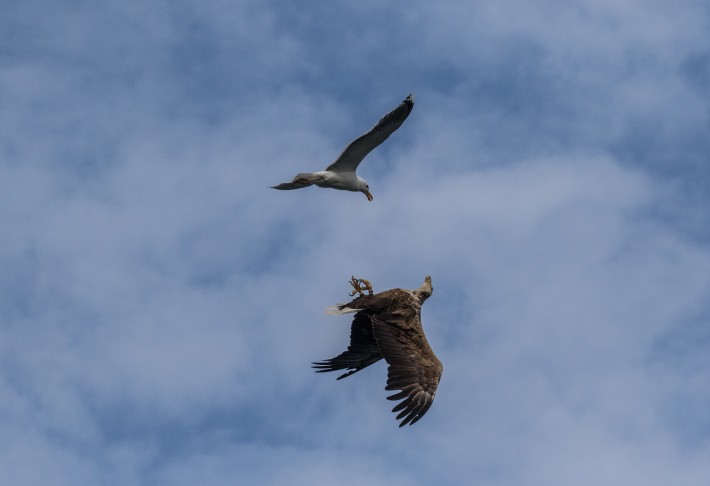 It was most exciting to see an eagle lock on to a fish, and then turn and make their approach and catch then fly away. 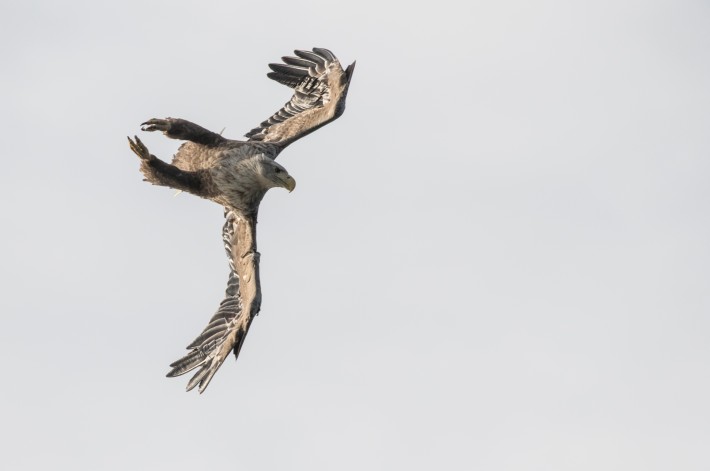 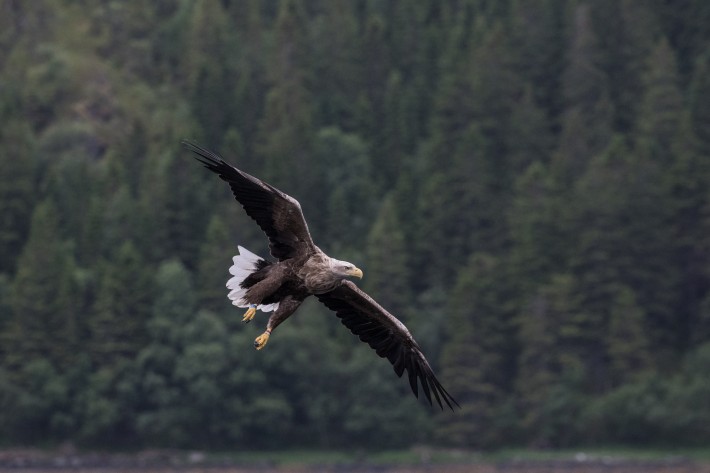 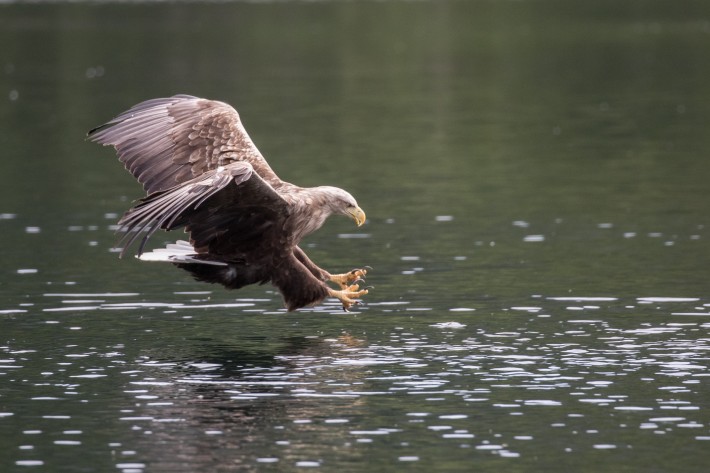 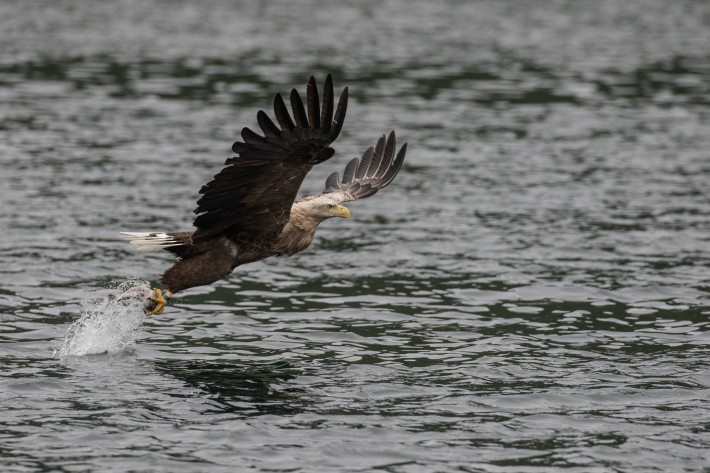 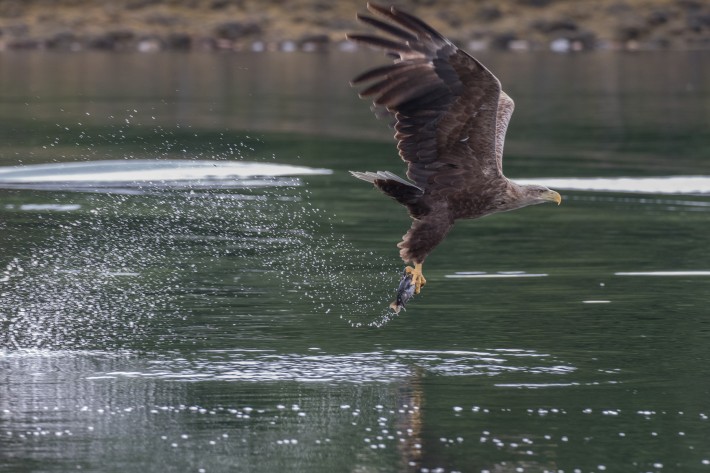 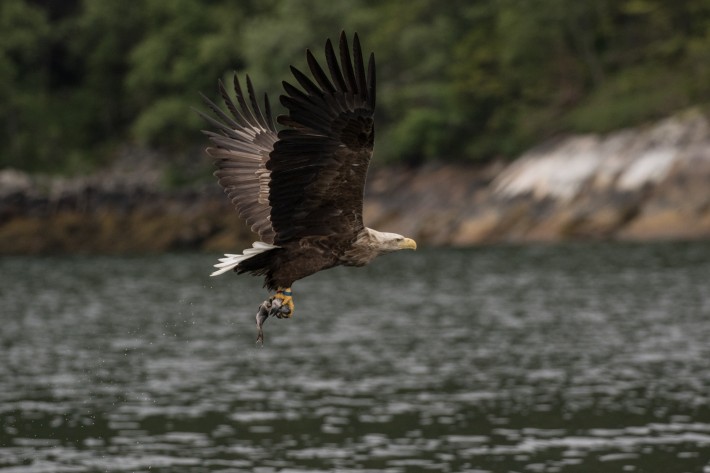 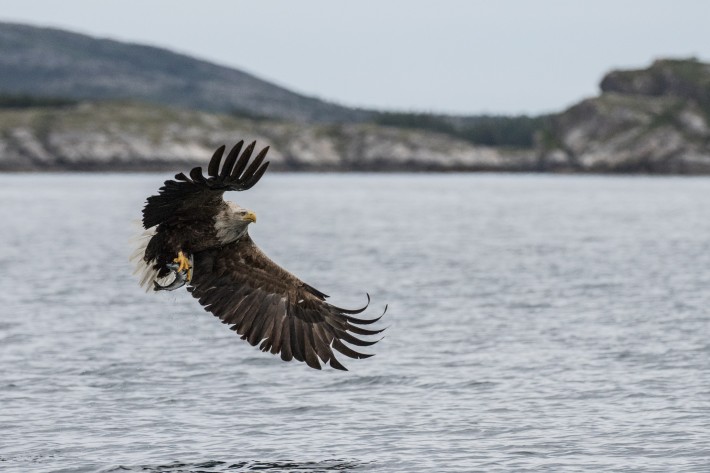 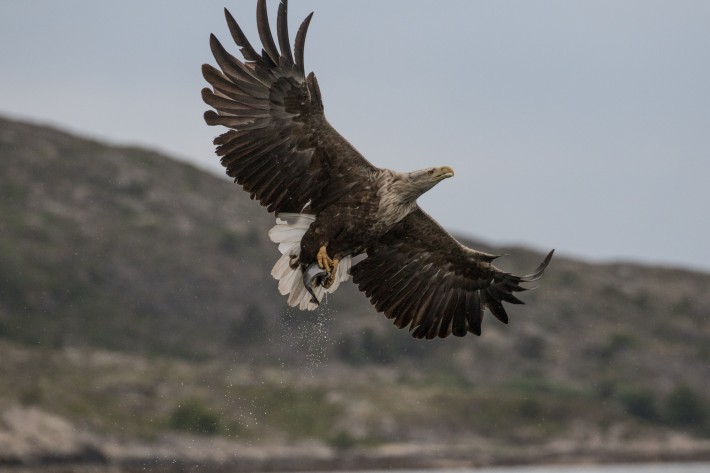 It is light basically 24 hours a day in Lauvsnes where we did our photography, and because the sun is always low in horizon, there is good light most of the time. But if it is clear and close to sunset the light can be especially magical: 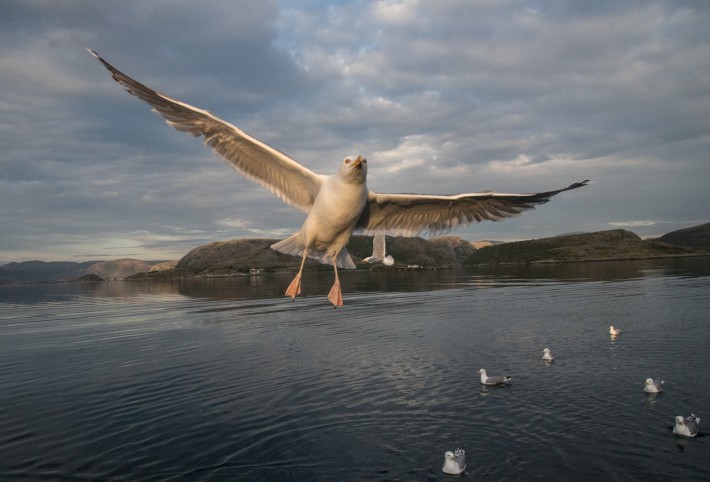 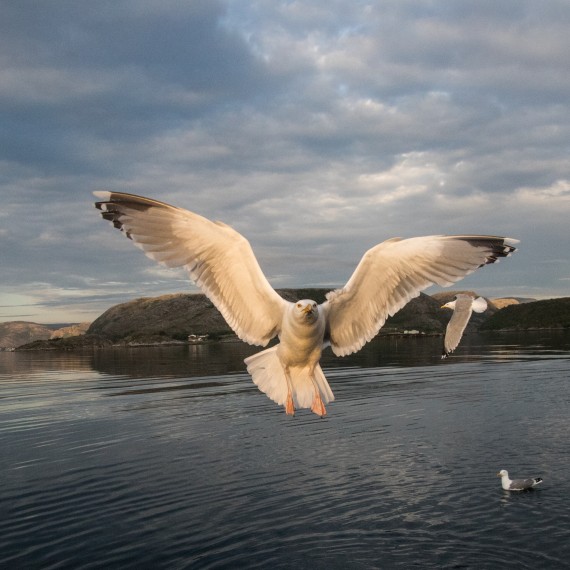 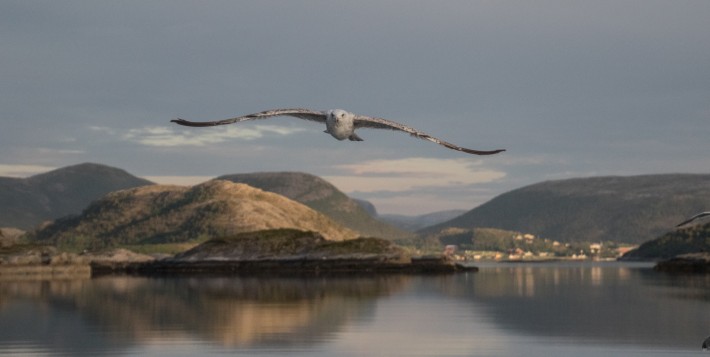 An added bonus to our time in Lauvsnes was a visit by an Arctic Skua who gave us many great fly byes. 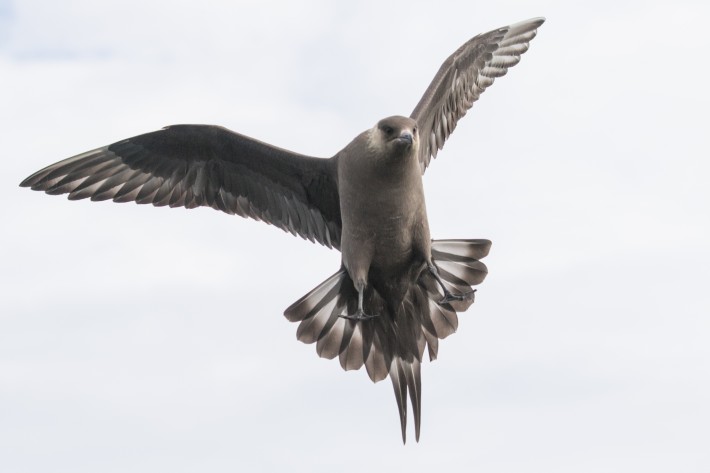 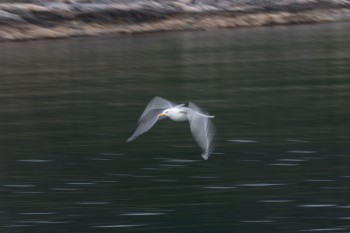 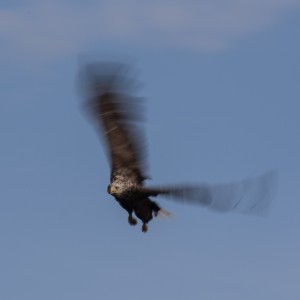 Our next stop in Longyearbyen to see if we can photograph the elusive Arctic Fox.