We exited Mongolia and made it to Tokyo.  Our tour leader said the difference between an adventure and an ordeal was attitude.  While our trip was an adventure, that characterization was tested many times.  To wit, we regularly experienced strong winds, routinely over 15 knots, which make weather in the low 30’s biting cold, and had other negative effects such as downed ger’s and dust. 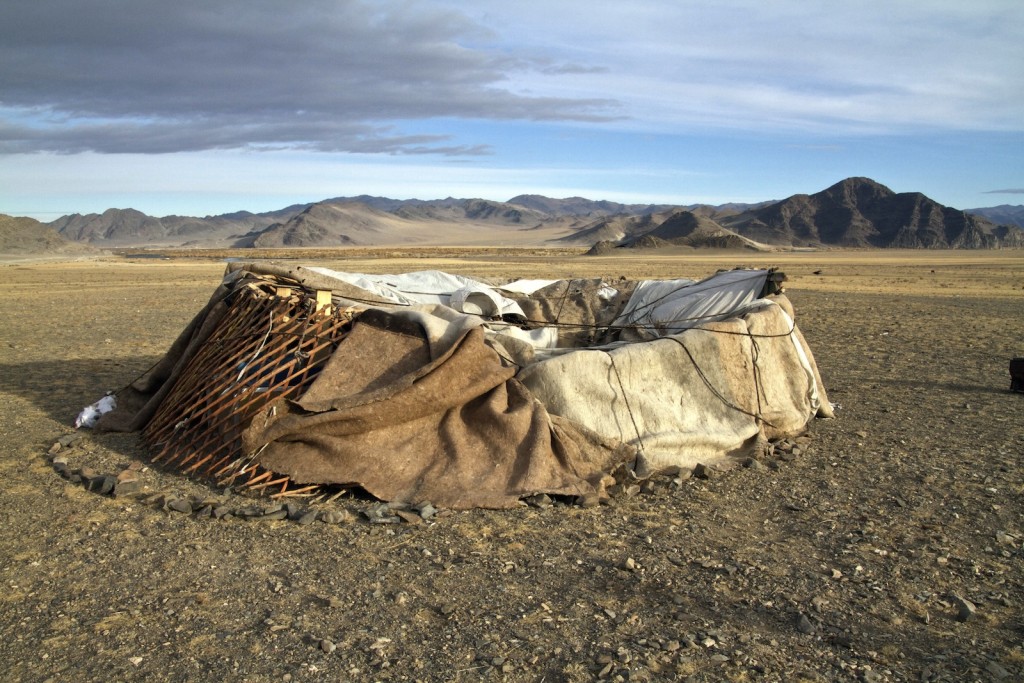 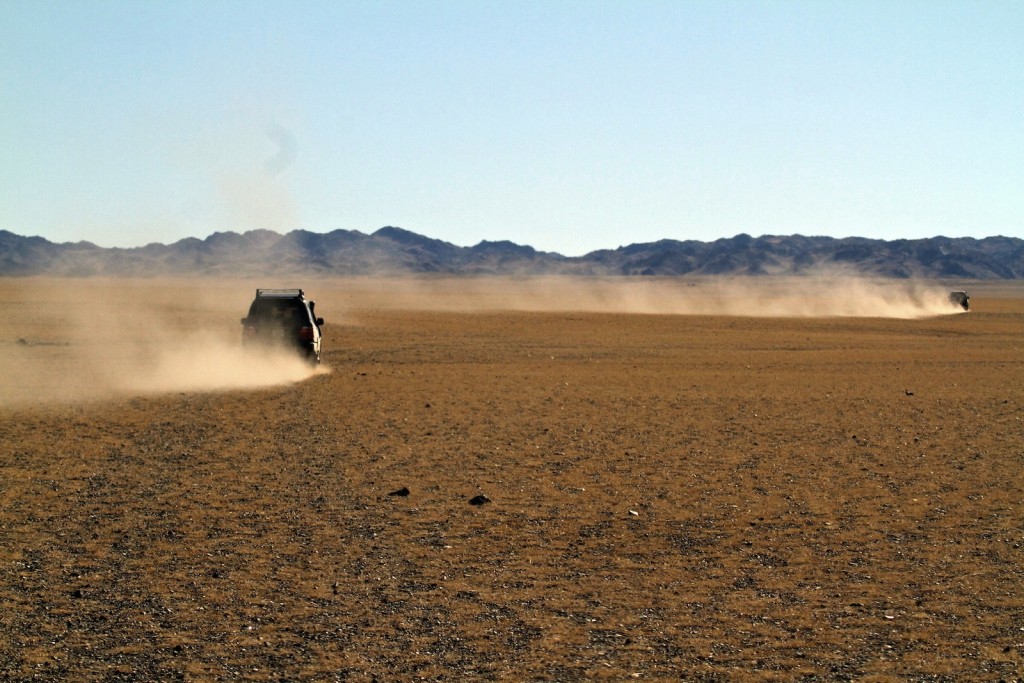 Outside the the Mongolian cities (any place with a population over 5,000), paved roads were nonexistent.  We drove over 1,000 miles and probably 90% was on bone jarring dirt roads of various conditions and at various speeds (but our backs survived without serious damage). 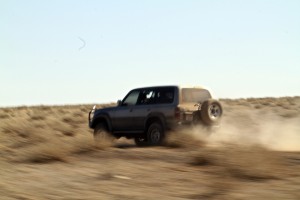 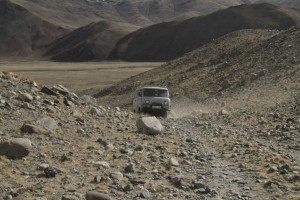 An interesting fact is that the minute a road gets too rough, the Mongolians make a new one, so you can 4 or 5 roads paralleling each other going in the same direction. 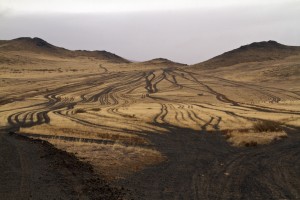 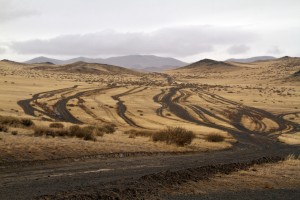 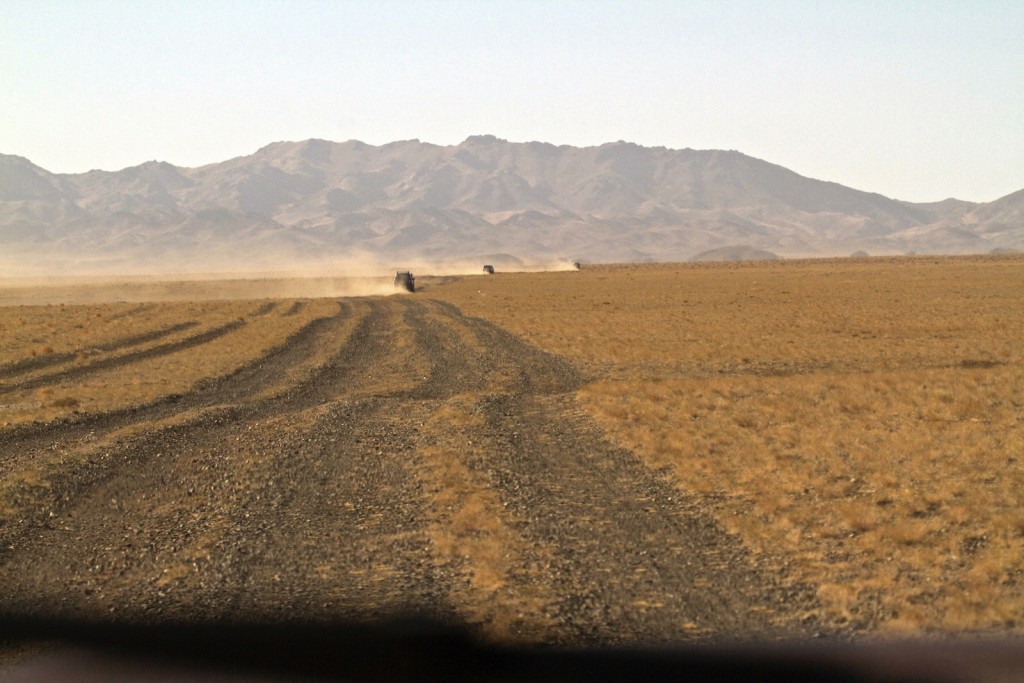 Further testing us was that we had 3 guides – the first’s father died unexpectedly which put a damper on things for a while, the second who went on a drunken binge and threw up in one of our fellow travelers rooms (we found out later he was an alcoholic), and the last one who guided us on the Gobi Desert part of the trip

But all was not testing.  The Gobi Desert was beautiful and sparsely settled.  We got a beautiful sunrise over its dunes with a local camel herders parading his camels for us: 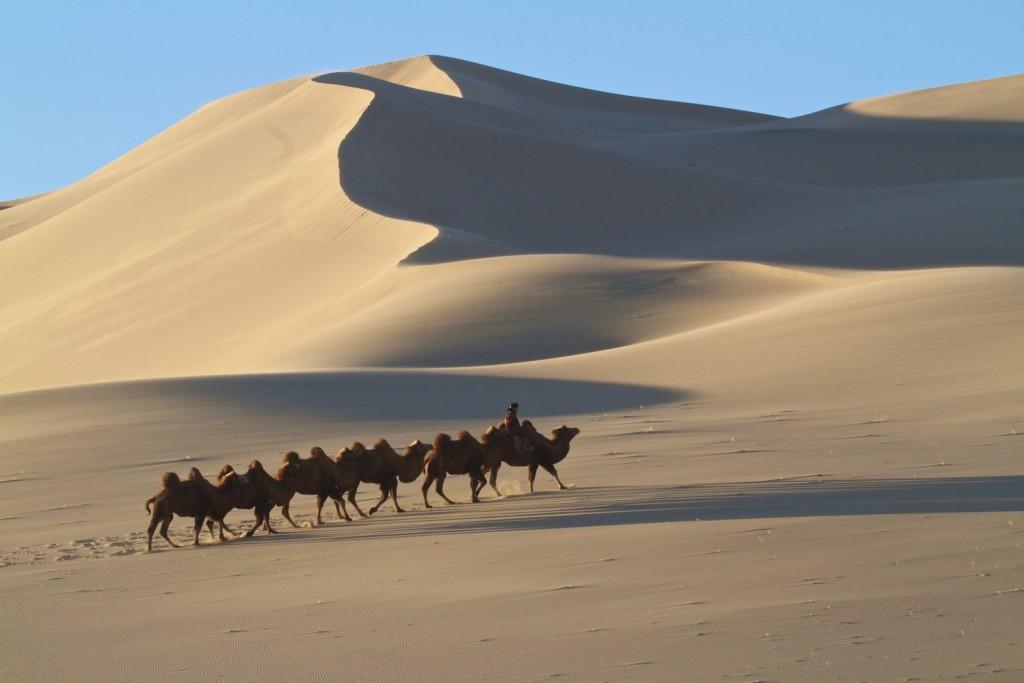 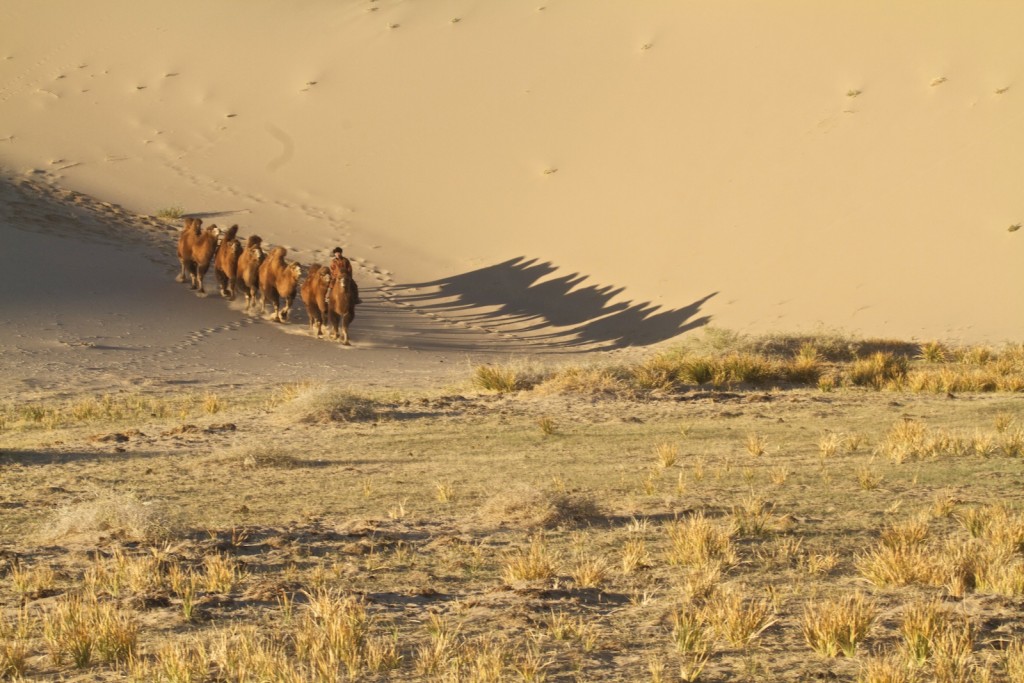 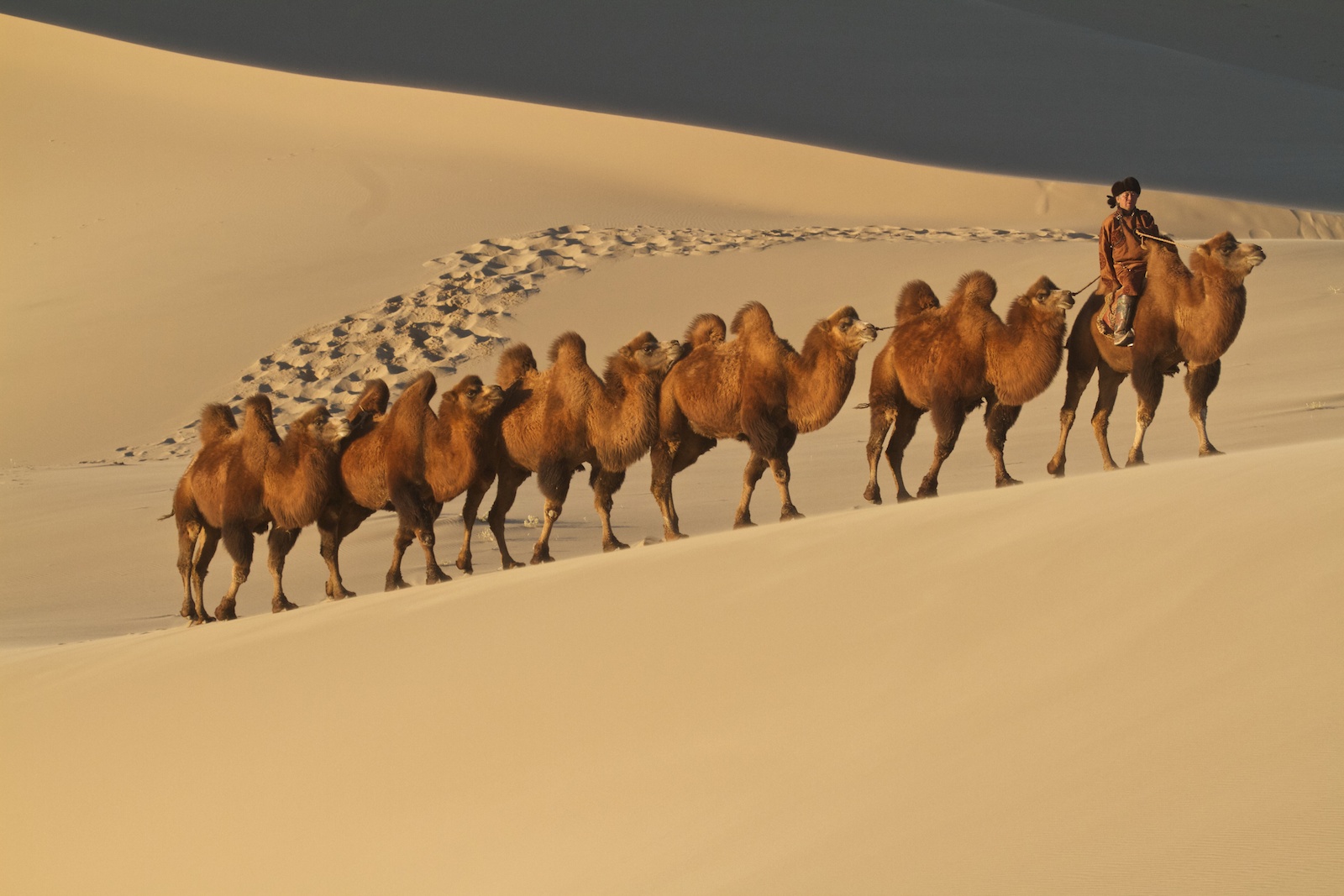 and some nice pictures of a horse herder at sunrise 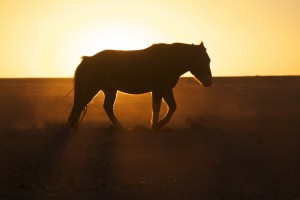 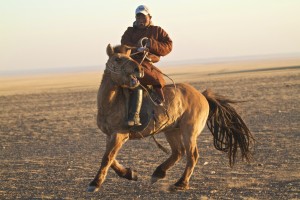 The empire that Genghis Khan created still dominates the Mongolian psyche, and this statue of him stands over 120 feet high. 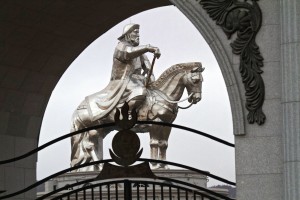 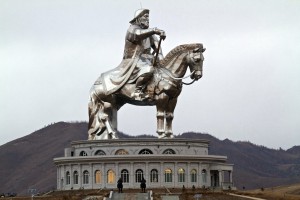 Now we are on to the next part of our adventure – Japan.

Back in the USA