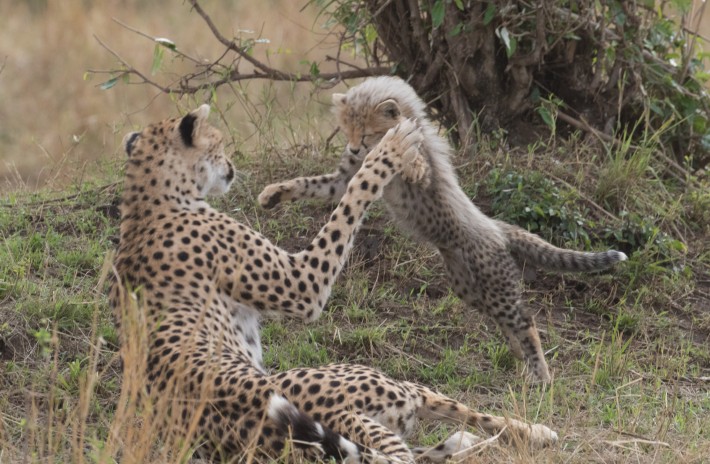 For our last stop on our migration adventure we headed back South towards the Kenya Tanzania border. Our camp, Sala’s Camp, was within 200 meters of the border, which was not very well marked. 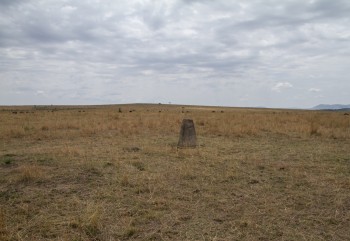 We were a little worried that the migration had left the area as we were nearing the end of the migration and had such great success so far. However the rains we experienced earlier in our trip and continued to experience caused the grass to turn green, and the wildebeest, smelling the growing grass, returned to the area.

This meant lots of food for the predators. Of the big cat predators on our trip we had good sightings of the lions and leopards, but only seen 2 cheetahs, who were sleeping under a tree and not very interesting. So we decided to chase cheetahs, and our obsession was rewarded as found 3 cheetahs, two with cubs! 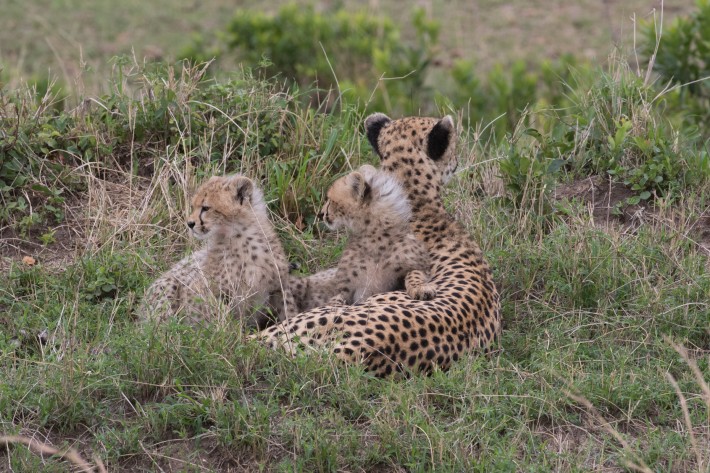 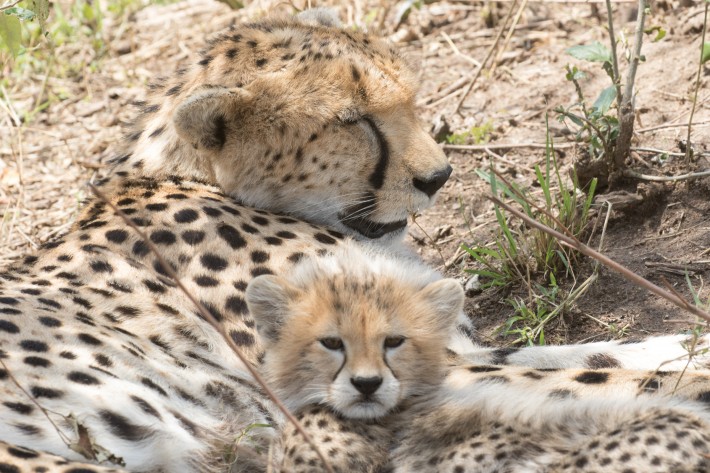 The cheetah with one cub was a hungry, a good hunter and we were lucky enough to see two of her successful hunts, one where she took down an impala and another a young wildebeest. 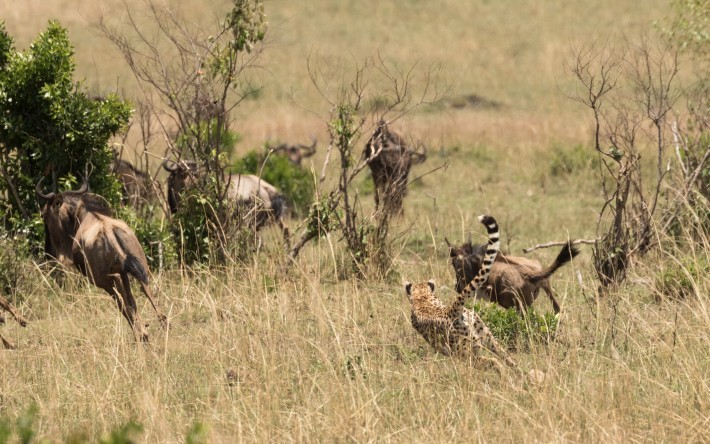 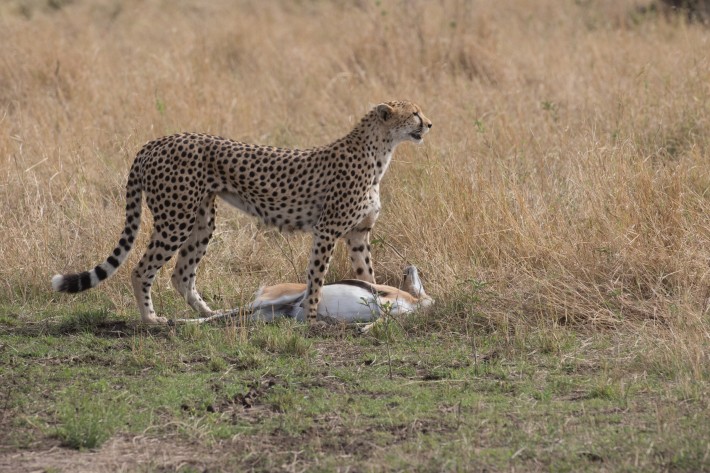 We had a couple of near misses, coming across a cheetah with a wildebeest and lions with a zebra, both as they were finishing killing their food.

While focussed on cheetahs, that doesn’t mean we didn’t pass on the lions, and we were mesmerized while we watched a male carry the kill a quarter mile down an open filed and across a river to a more comfortable eating site under a tree. 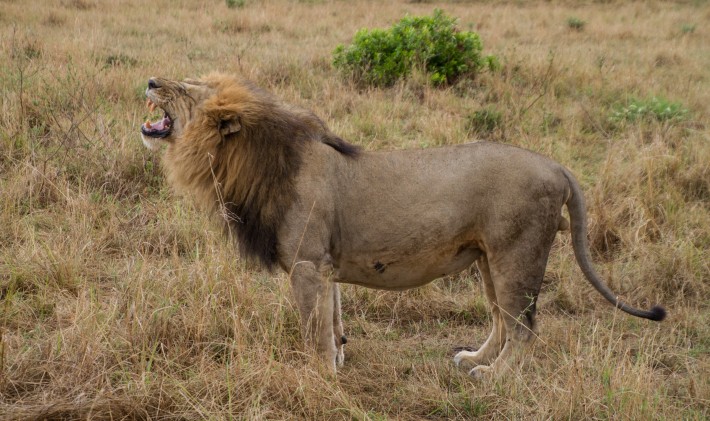 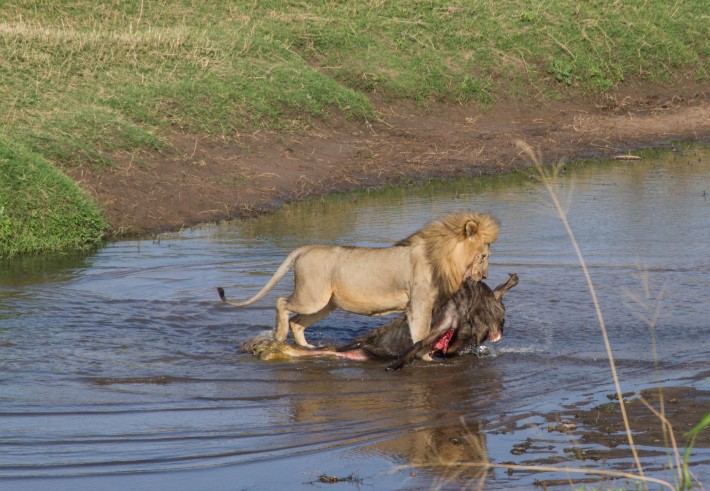 And we saw a very unusual zebra 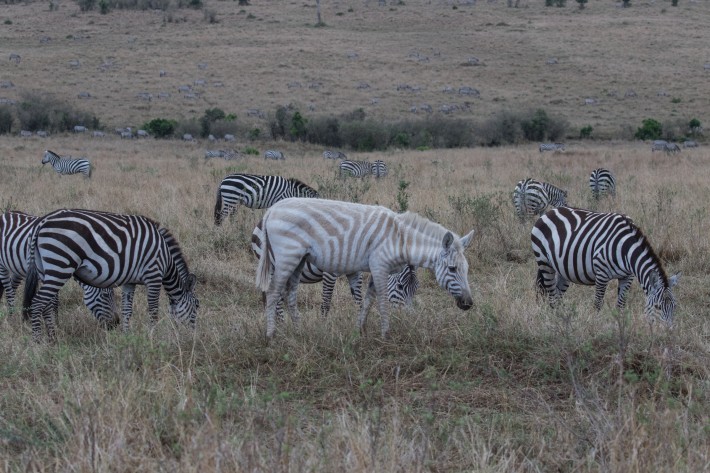 Not an albanio because it had color pigment, particularly on its face and eyes but Leucism.  Wickpedia defines Leucism as “a condition in which there is partial loss of pigmentation in an animal resulting in white, pale, or patchy coloration of the skin, hair, feathers, scales or cuticle, but not the eyes.”

To top it off the trip on our last afternoon we saw our 12th and last ‘river crossing’.  Not quite like we saw at the Mara in our first week, but a river crossing anyhow. (That’s our tent on the left.) 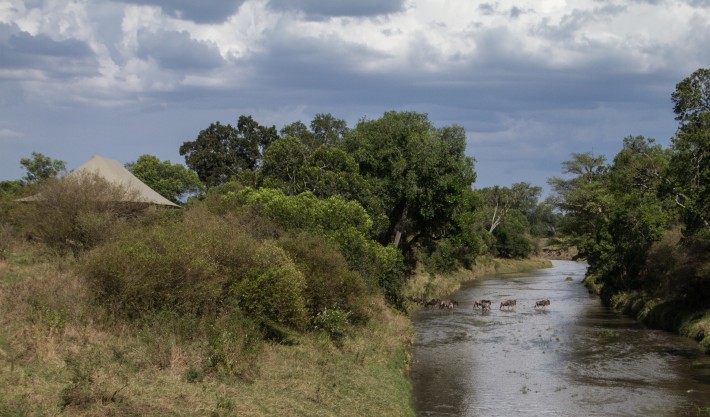 You may notice that we haven’t discussed birds at all.  That is because the mammals were so fantastic.  That doesn’t mean we didn’t get to photograph some great bird behaviors you can see in our next blog here.