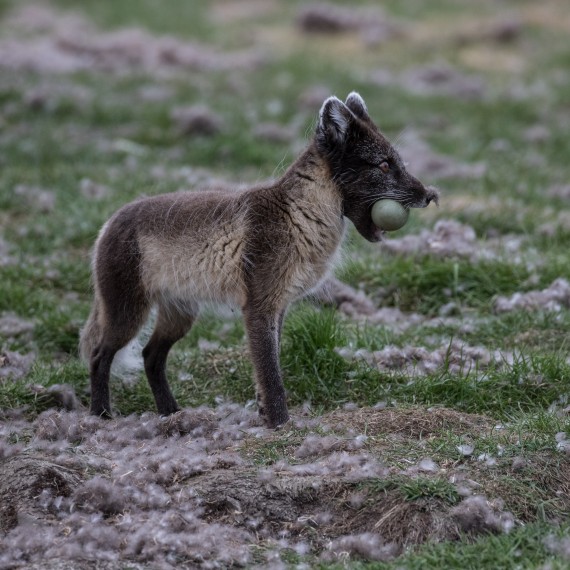 After three fruitful days photographing eagles we flew to Longyearbyen in Svalbard, approximately 1250 miles almost due north of Oslo and the second stop in our Arctic Adventure.  This was the starting point for our 8-day cruise to the pack ice to photograph polar bears.

But it is also Arctic Fox territory. We got here early to attempt to photograph them. We had heard rumors that they were stealing eggs from nesting Eider ducks just outside of the town.

We were successful, though the timetable was a killer. We were at Eiders nesting site at 6AM, which made for a week of pre-6AM wakeups. That’s on top of a 9-hour time change and the added problem of literally 24-hour sunlight. After 3 days of this, on top of 3 days with the Eagles and 3 days traveling we were exhausted when we got on board our ship.

But we were very pleased as we got some great photographs of the fox, including many stealing eggs. 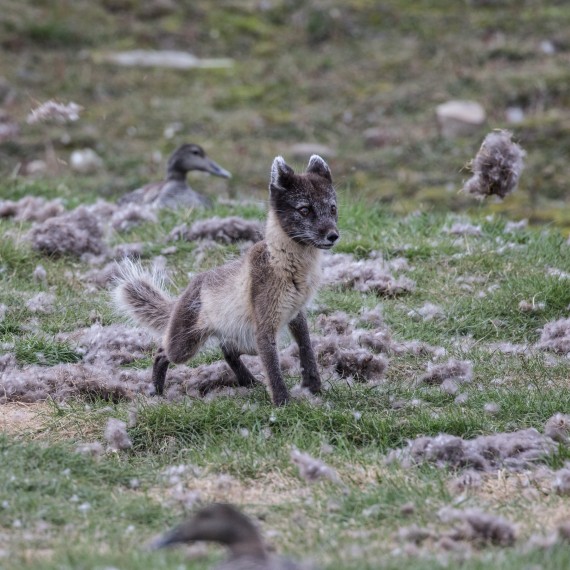 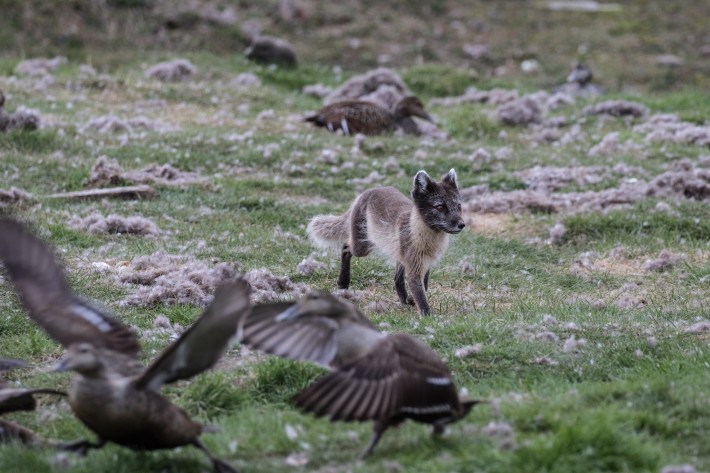 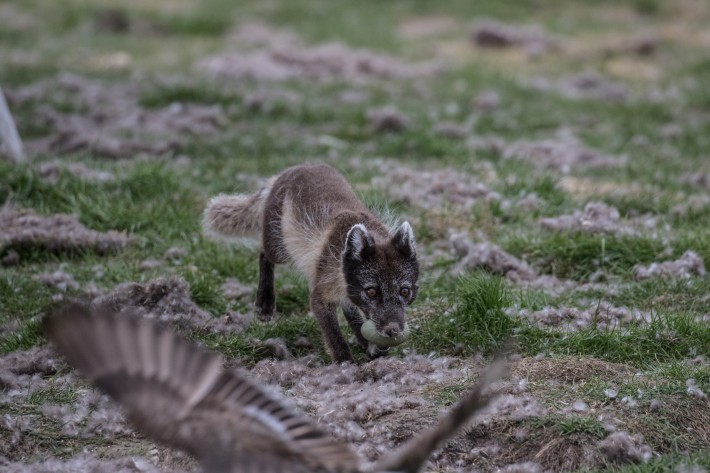 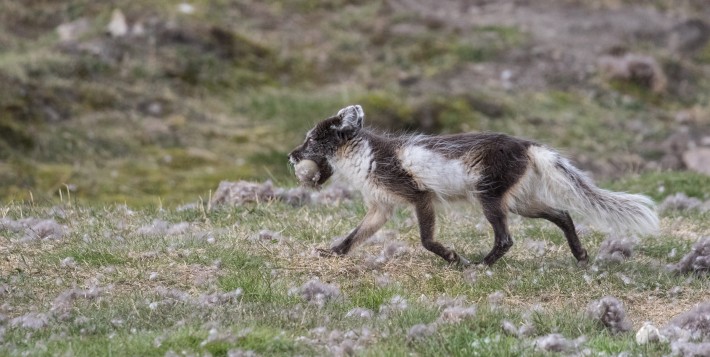 While the Eider ducks are nearly as big as the fox, they offered no resistance and with their nest on the ground the fox was doing major damage to the Eiders breeding colony. 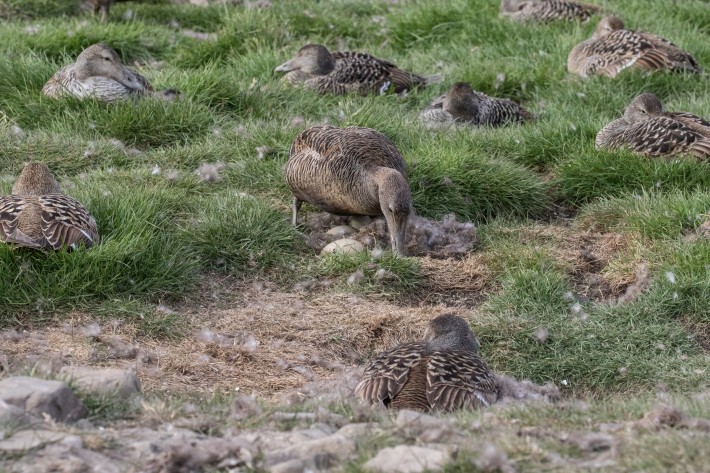 Remarkably we saw several groups of chicks leave the colony on their way to the safer open water. Not helping the Eiders’ situation were the gulls were also stealing their eggs: 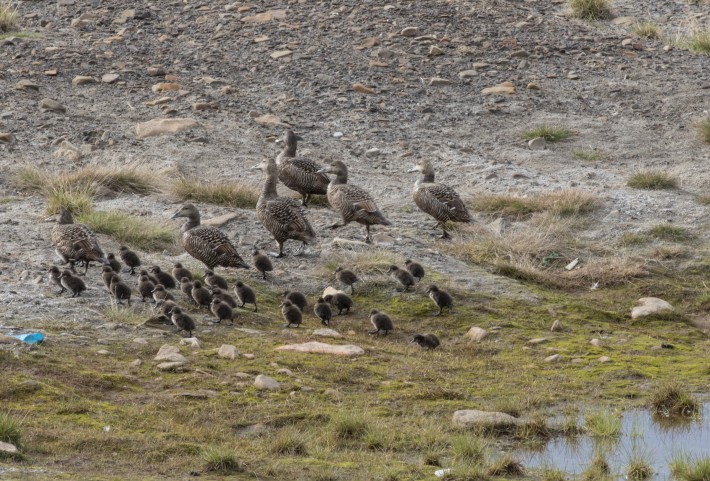 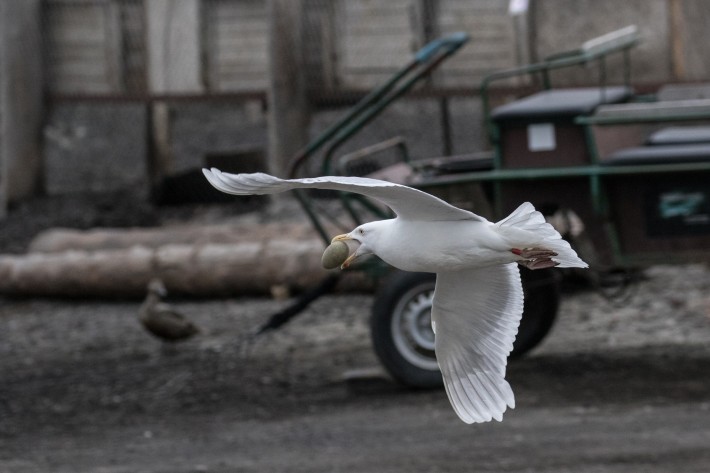 We also saw reindeer and our old friend from Lauvsnes, the Arctic Skua 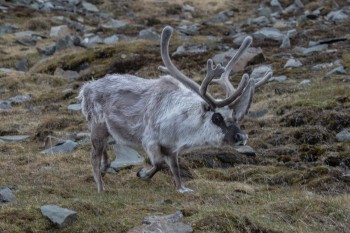 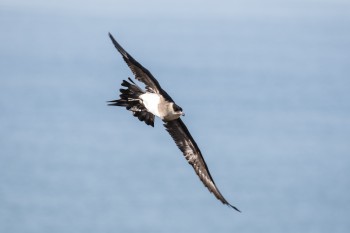 After 3 days with the fox we boarded our ship the Polar Pioneer for the primary target of our trip, the Polar Bear. Svalbard is one the major polar bear habitats in the world and we were excited about the opportunity to be able to photograph them.