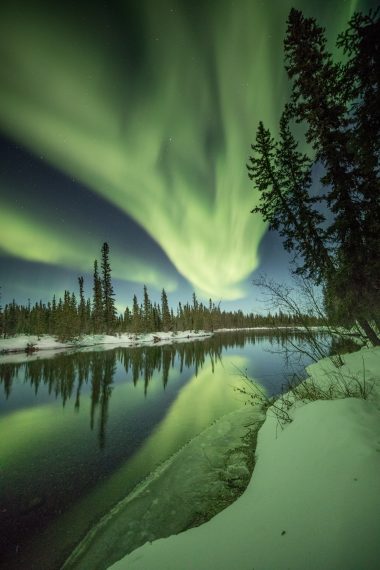 On our bucket list was to see the Aurora Borealis. While a departure from our usual focus on wildlife, we had heard so much about them we couldn’t resist.

There are three things you need to see the Auroa’s. First you need dark skies (both from the sun and light pollution), second clear skies (no clouds), and last but not least aurora activity.  While we have been to the high latitudes where they can be seen many times, it is usually in the local summer when it is light most of the day (midnight sun). No auroras. And the one time we went North in the winter (near Churchill last November for the polar bears), it was cloudy every day so no aurora’s either.

So we decided to try again, heading for Fairbanks in late March. As the trip approached we were concerned because Fairbanks’ weather for most of the month had be cold (well below freezing) and either snowing or overcast. While we could deal with the cold (many layers does the trick) the lack of clear skies would be a trip killer.

But we got lucky, the skies cleared a couple of days before we were scheduled to arrive and stayed clear until we left. 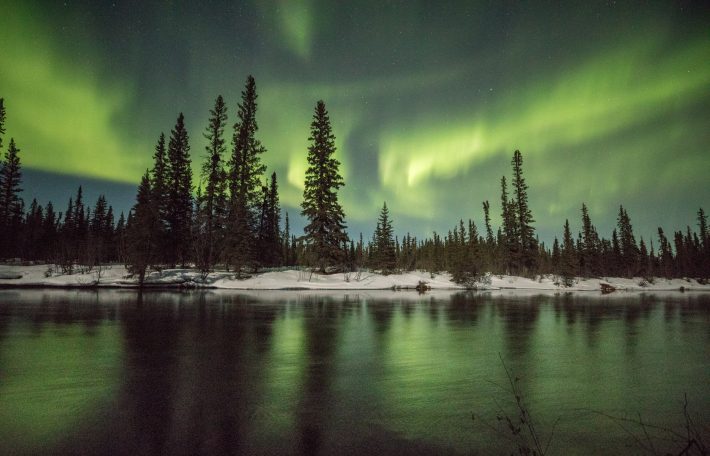 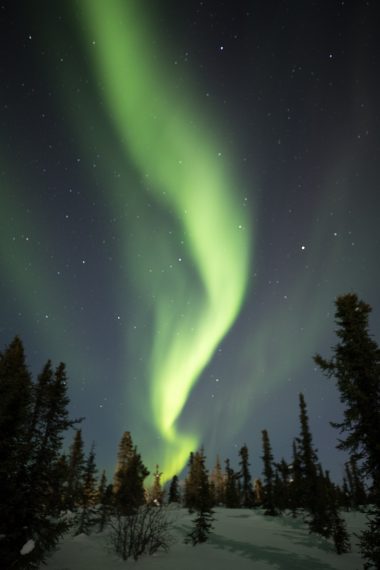 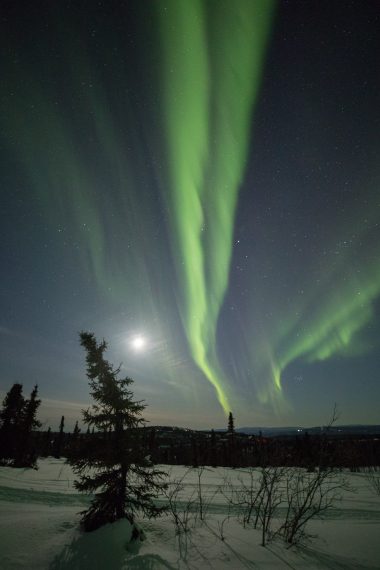 And while it seems like it is daylight, it is a function of a half moon and modern camera technology (for the camera geeks ISO generally ranged from 2500 to 6400). 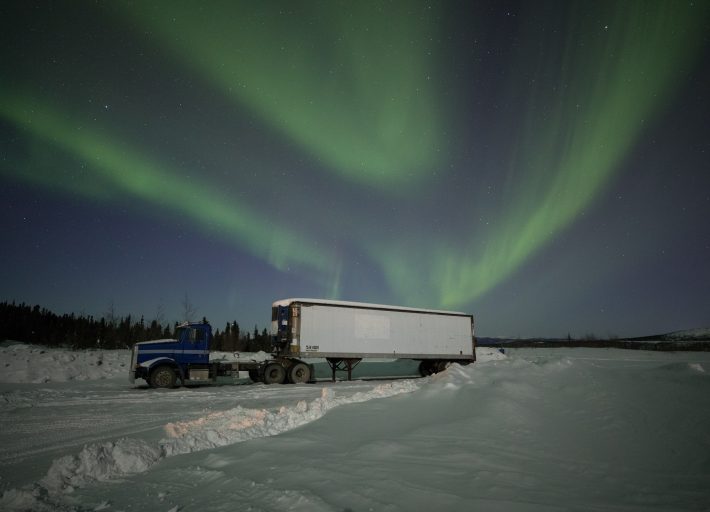 It was well past midnight when this shot was taken. Our days went something like this: leave for the photoshoot 8-9PM, return 4-5AM the next morning, sleep until 9-11AM (breakfast optional), lunch at 1PM, classroom work until 6PM when we went to dinner.  Repeat.  It took us until we had to leave to get into the swing of things so we were sleep deprived the entire time.  And cold.  With the temperature in teens most of the time, these pictures show how we were dressed, our many layers made us feel and look like the Michelin man. 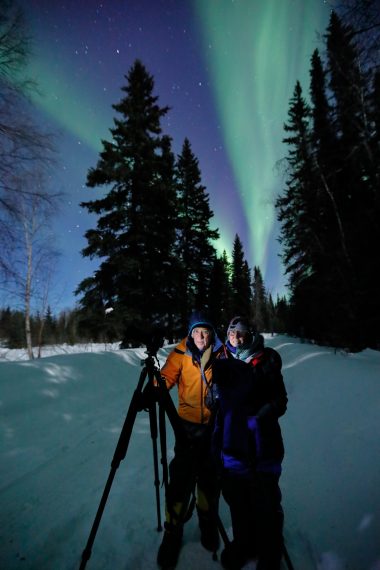 More shots and then it is back to wildlife 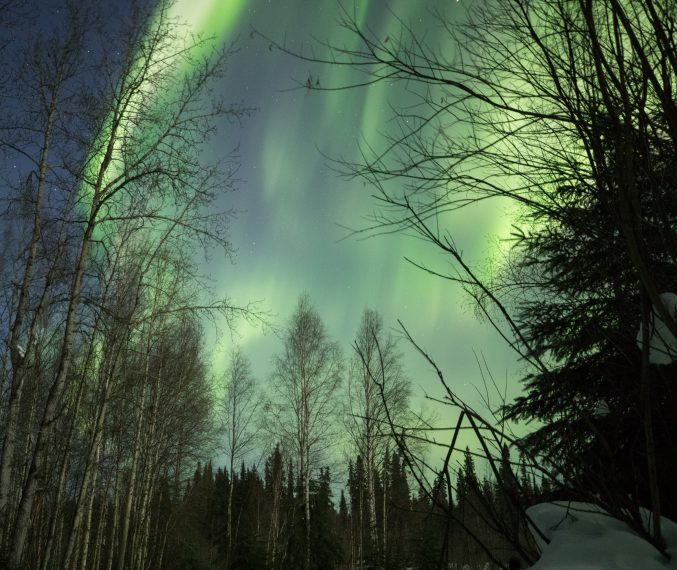 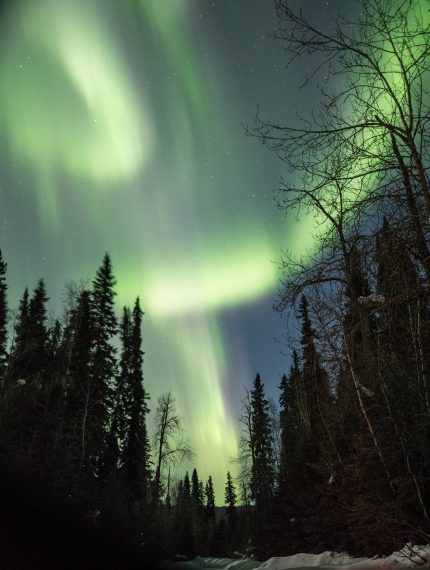