After an easy and fruitful trip to Argentina Patagonia area (see Emperor Penguins – pre-trip) we arrived in Ushuaia (the Southernmost city in the world) to board the Russian icebreaker the I/B Kaptain Khlebnikov. 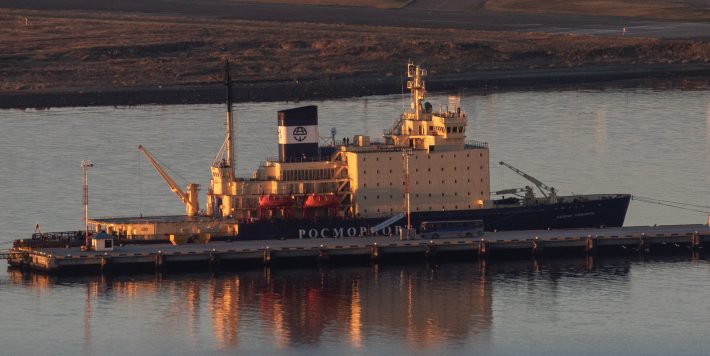 It would be our home for the next 11 days and since we were heading way south (64 degrees) it can get a little wild , for as the saying goes:

Below the 40th latitude there is no law

Below the 50th there is no god

Below the 60th there is no common sense

Below the 70th, no intelligence what so ever

So, you want a rugged vessel.  And with a 15 inch thick steel hull she was rugged.  But ice breakers have rounded hulls, which meant she rolled in the open sea. Since our first order of business was to cross the notorious Drake Passage between the tip of South America and the Antarctica Peninsula and one of the roughest seas in the world, this could be a problem.

More than could be, it would be problem as we ran into gale force winds and the Kaptain Khlebnikov’s susceptibility to waves meant we had to cut our speed (as it was we had rolls of up to 35 degrees!) and it took us three hard days to make what is normally a moderately easy two-day trip. 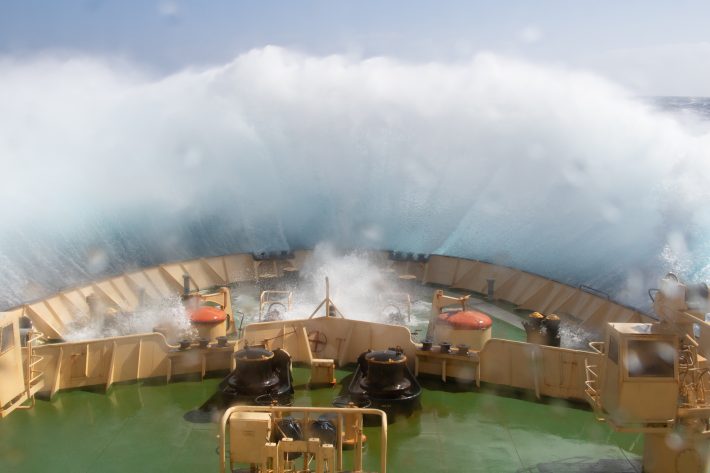 But we made it and then moved into the ice, where the Kaptain Khlebnikov was designed to operate and it shined.  The Captain’s also approach changed. Instead of being super cautious and going slow, we swear the Captain sped up when we approached ice.

The penguin colony had been found from satellite images and we managed to get within 6 miles of it. The last leg was by helicopter, which went smoothly, taking about 2 hours to get all the passengers ashore. 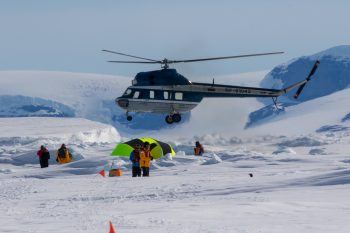 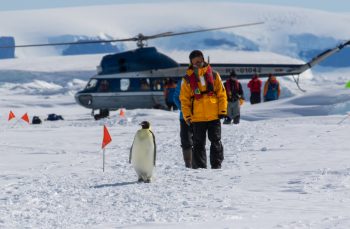 The colony was quite large, with upwards of 10 thousand birds 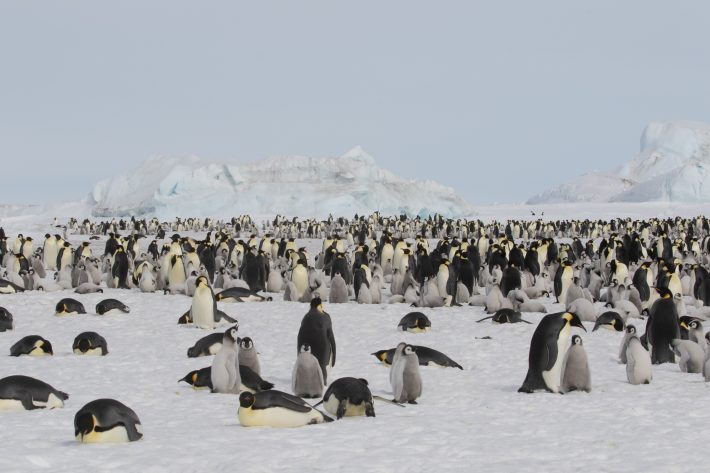 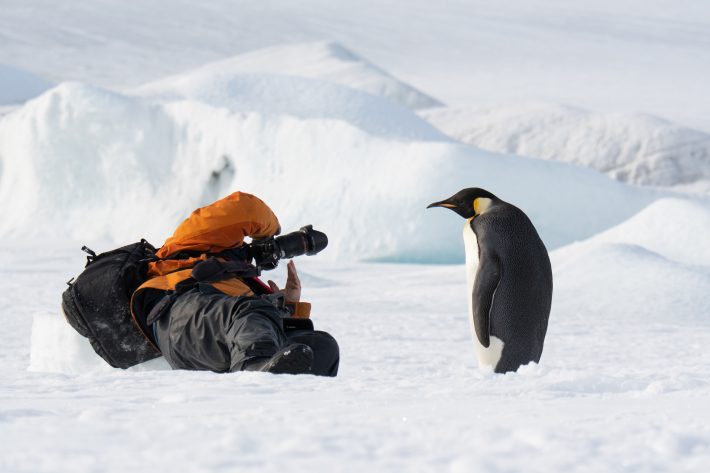 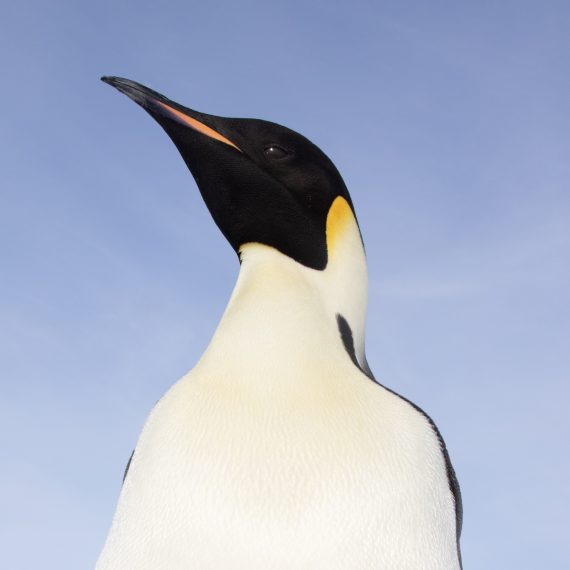 We went early in the season (October) to be able to see  chicks and weren’t disappointed.  They were about 60 days old when we arrived and very cute. 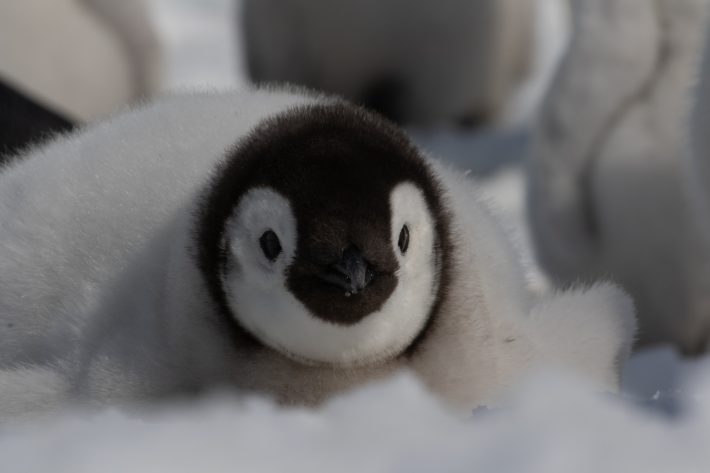 We only saw 2  chicks still on their parents feet, and they probably won’t make it as they were born too late in the season 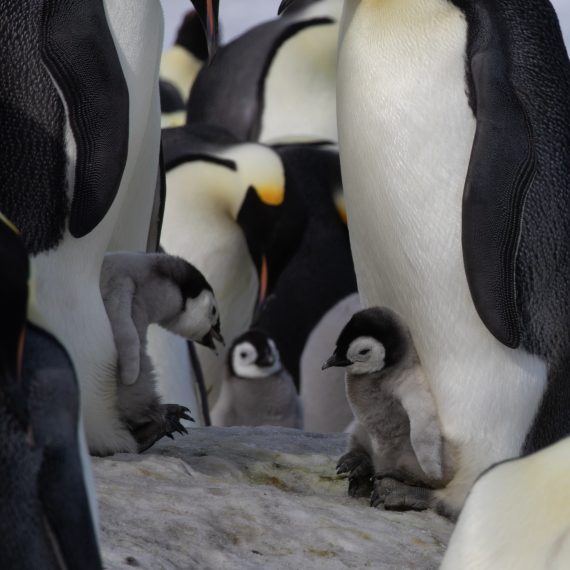 We got lucky with the weather.  The trip before ours had seen temperatures around zero and our guides said we had to be ready for the same. But fortunately for us it warmed up to freezing and we had good weather each day which provided an opportunity for Jon to take a selfie off Catherine’s goggles. 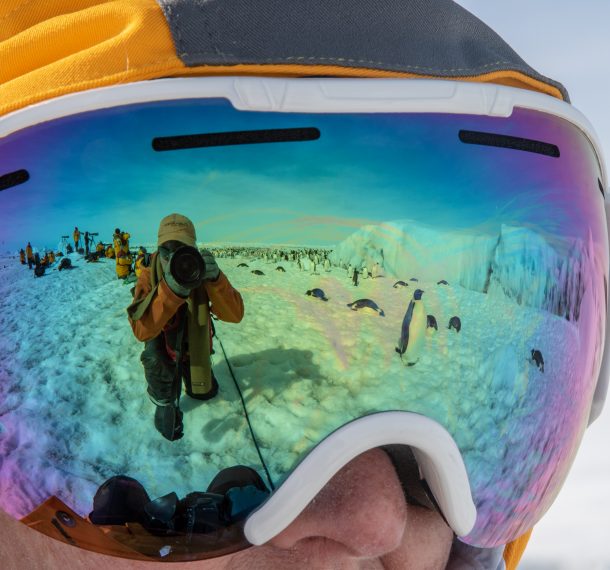 While it was good for us, the penguins were not happy with the ‘heat’ wave, and did what they could to cool off.

Here’s a video of the trip 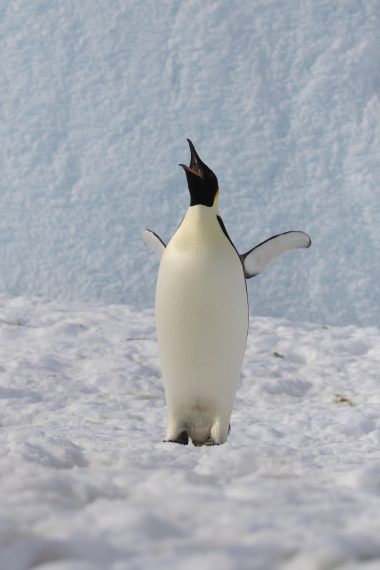 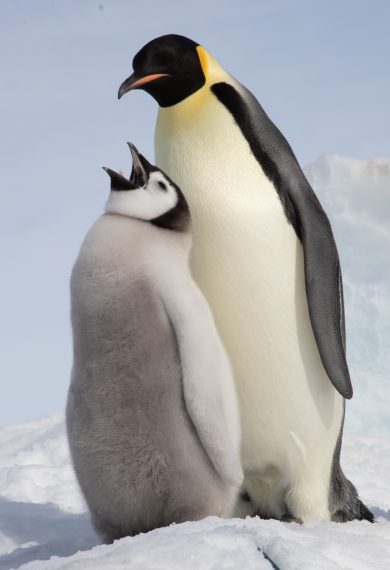 3 days of air travel and 8 days at sea (6 in stormy weather on a ship that liked to roll) for 3 days of photography? Worth it?  YES!  Would we do it again, probably not but the chicks were really cute. 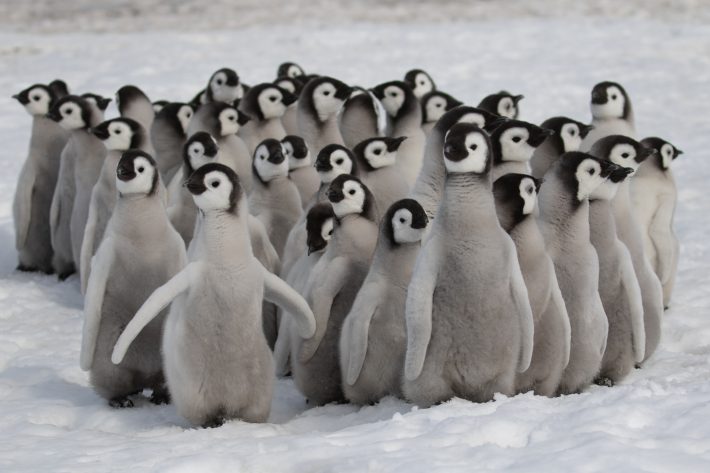