The first part of our trip in Namibia featured the country’s picturesque landscapes. Namibia is largely desert which generates wonderful photographic opportunities.

Our first stop was for the quiver trees near Keetmanshoop.  Quiver trees are not really trees but aloes, and are native to Southern Africa.  Their spindly shape is a magnet for photographers. 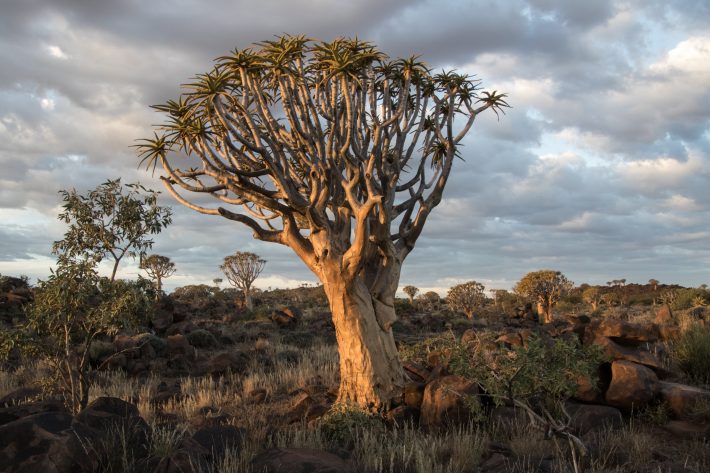 One unexpected feature of our trip was a focus on night photography.  This provided us with the opportunity to do some light painting of the Quiver Trees with the milky way in the background. (Namibia does not suffer from the light pollution present in most of the rest of the world.) 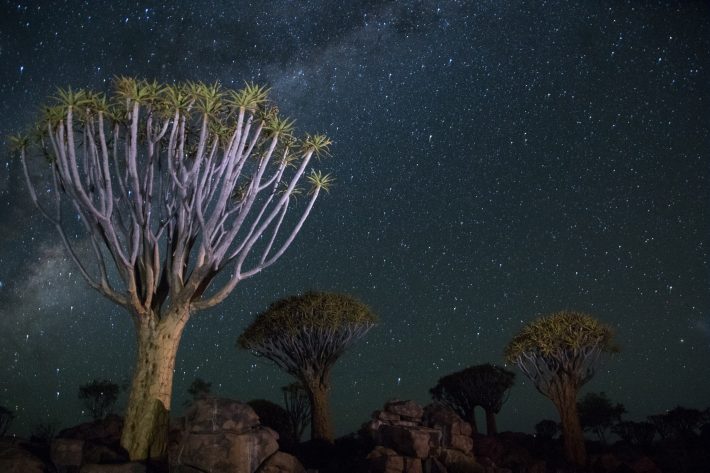 We also played around with some other night photography shots. 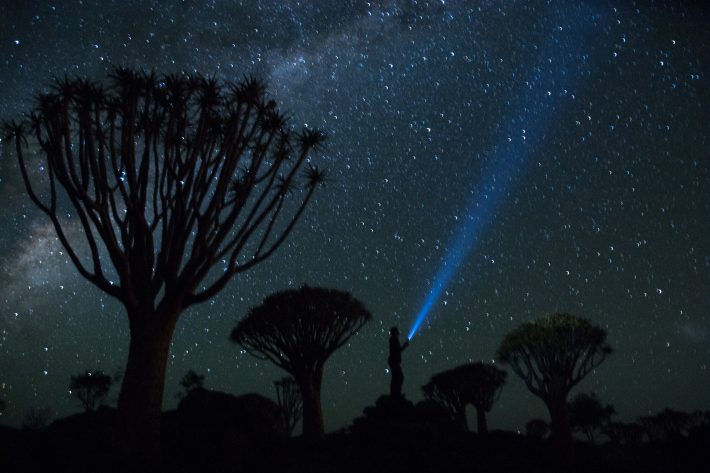 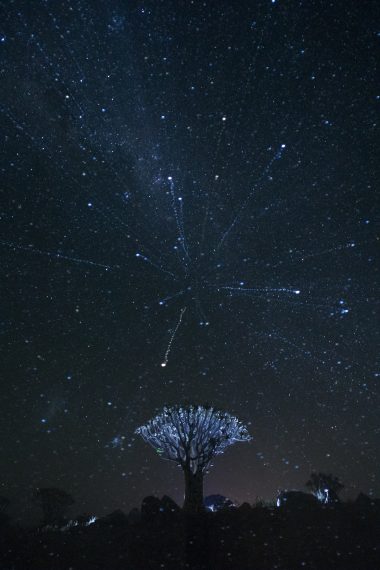 The streaks are not meteors.  Light painting requires 20 to 30 second exposures and if you zoom your lens the tracks you see above are created. The farm where we stayed ran a cheetah reserve, and our room overlooked their feeding station. Thank goodness there was a fence between the cheetah and us! 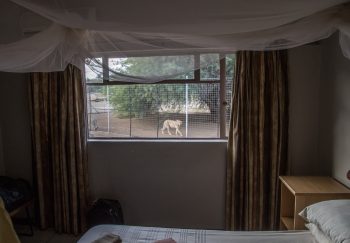 Our next stop was Kolmanskop.  It is an ghost town that was abandoned 50 years ago to the desert when the diamonds ran out at the local mine. Since then the desert has been relentless as it encroached into the buildings and filled up many of the rooms. 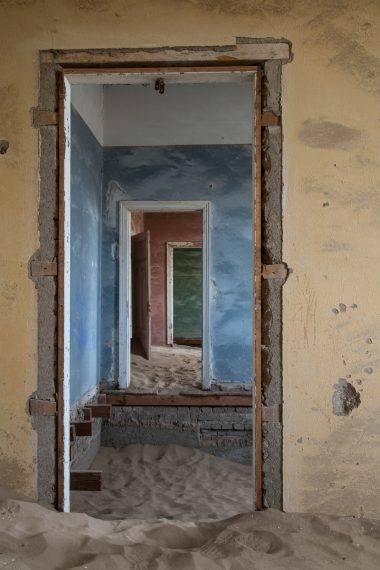 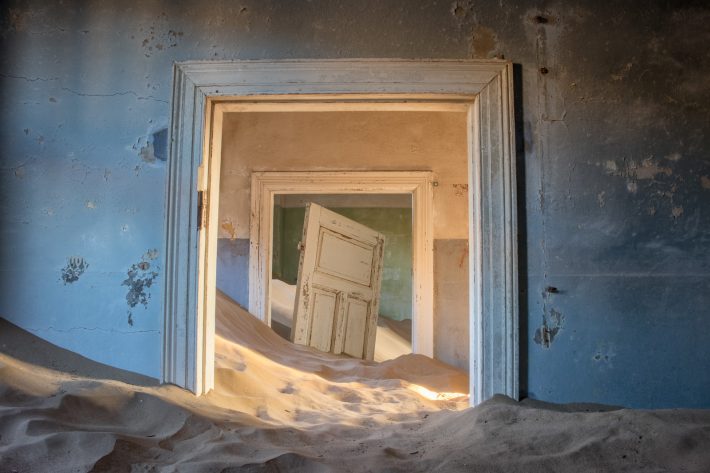 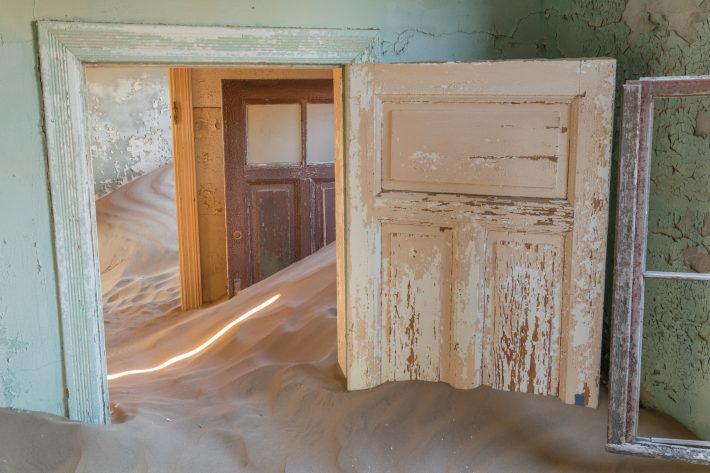 Jon was not as interested in the visiting Kolmanskop as Catherine so he took a morning off and took a cameraman trip to see African Penguins (as known as Jackass penguins as they make a sound like a donkey baying). While they were farther away than previous sightings of the species in Cape Town, he did get a picture of one swimming underwater. 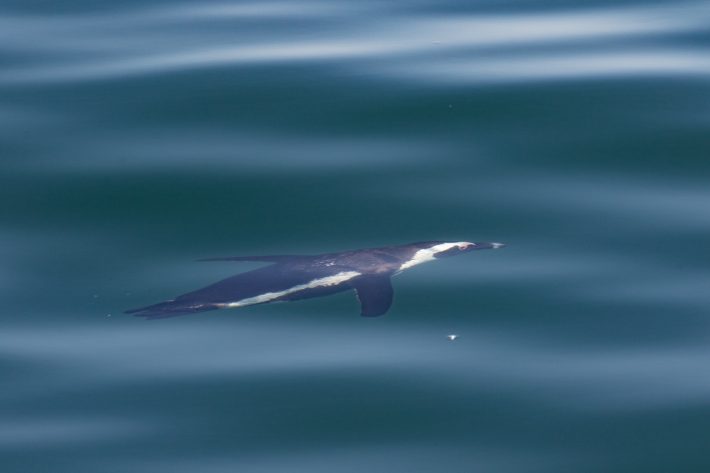 Namibia is known for its sand dunes. Its most impressive ones are at Sossusvlei.  These dunes are one of most, if not the most, magnificent dune areas in the world. They are also the oldest dunes, over 30 million years old, and one of tallest with the highest dune coming in at over 1000 feet above the road level. To photographers, it is their orange color and stark shadows that makes them so attractive. 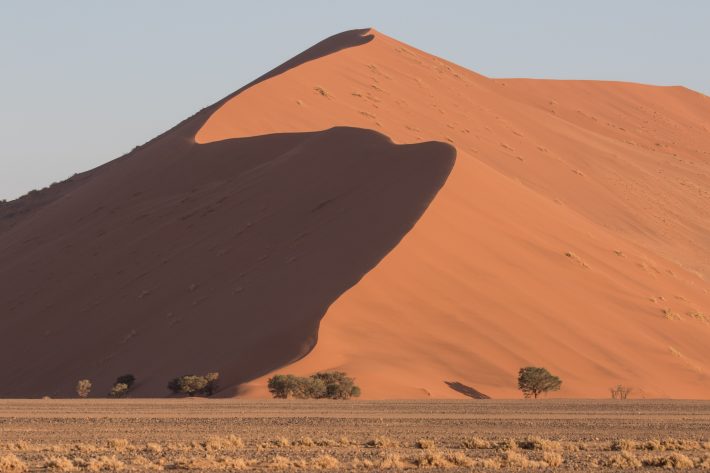 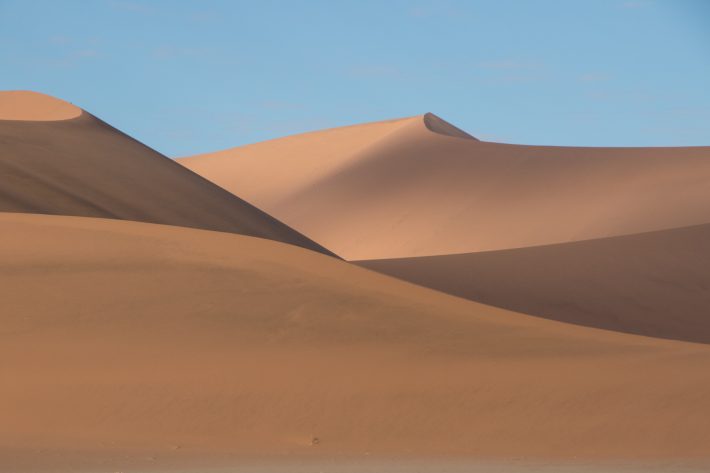 At Sossusvlei we went to Deadviei, an iconic location on the bucket list for most landscape and artistic photographers. It features camel thorn trees that died more than 800 years ago when the encroaching dunes blocked the river supplying water to the area.

Because the area is so dry, the trees have not decomposed and provide a stark contrast to the orange dunes, making for some spectacular shots. 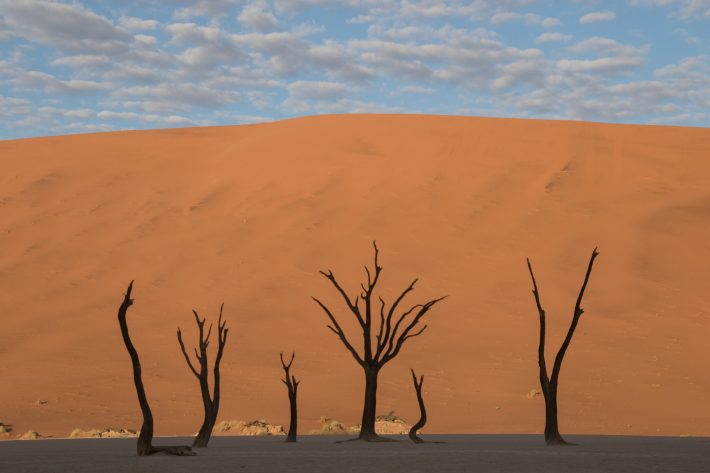 This was our third trip there and Jon has managed to photograph the same tree each time. 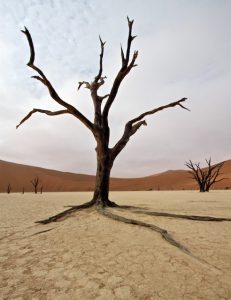 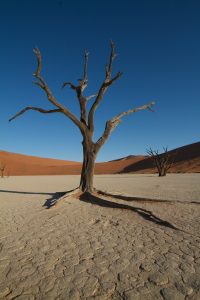 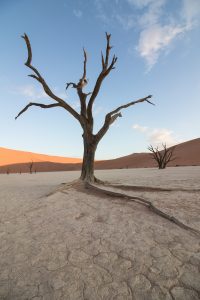 Because we were staying in the park, and our tour leaders were able to get permission to stay on the Deadviel past sunset, we got the opportunity to take some night shots. 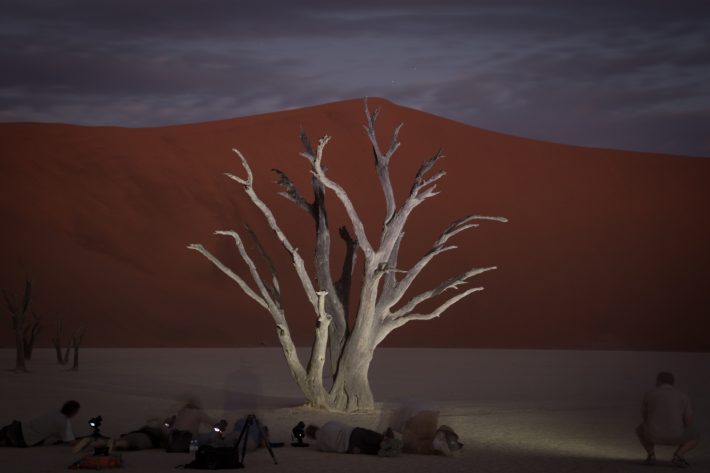 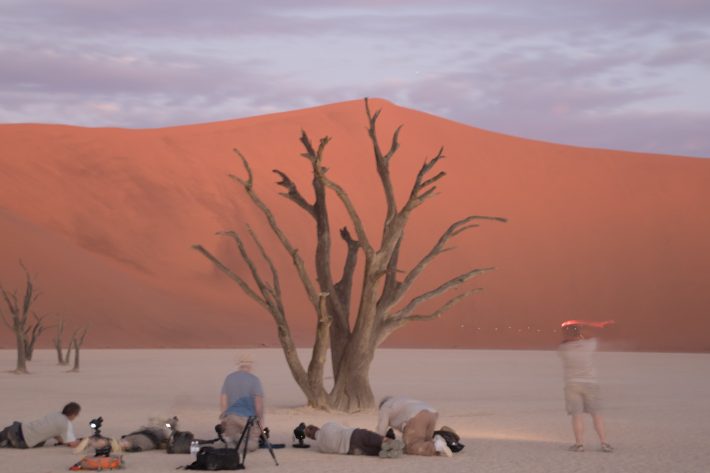 One drawback of our trip was the driving we did. Over all we drove abut 2,500 miles, most of which was on dirt roads which generated lots of dusk. Too much of which ended up on our luggage (the bag on the left was black when we started our trip). 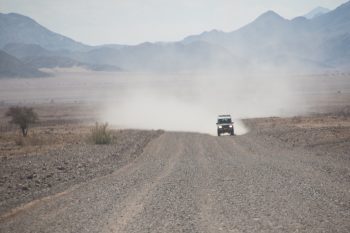 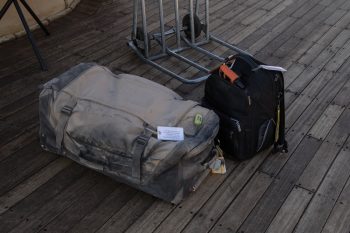 In addition it was very hard on our backs.  But we survived the roads and it was on to the second part of our trip which featured Namibia’s great wildlife.