Our trip North from the Serengeti in Tanzania to the Masa Mari in Kenya was eventful.  Our plane was having problems balancing the fuel in its wing tanks, so they explored self-help at the airstrip (which was an hour flight from the nearest mechanic) by placing the plane on a slant hoping gravity would move the fuel from one wing to another 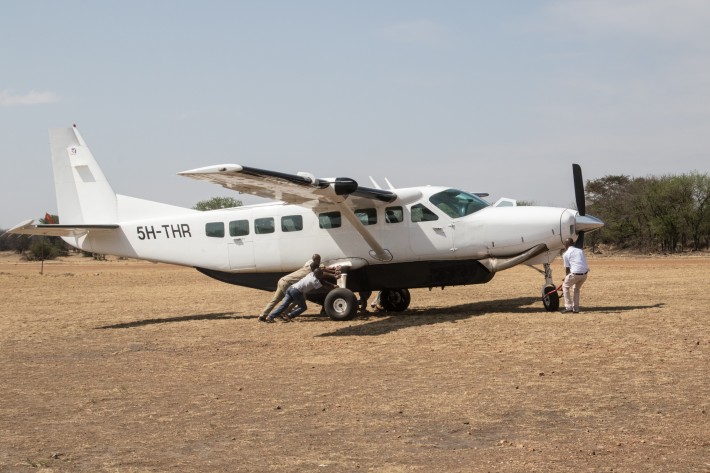 While it was Africa, sanity prevailed and we were put on another plane that worked perfectly.  Of course this led to the same type of schedule disruption as we have in the US.  The plane we took was already loaded for its flight back to Arusha and the folks had to get off the plane and wait until our plane returned to the airstrip in about an hour. We wondered what they thought.

While the wildebeest were moving South from the Masai Mara to the Serengeti, there were still many remaining when we arrived in Masai Mara.  However the stars of our time here (Mara Plains Camp) were not the wildebeest or the lions but two smaller cats.

The first was a serval, a very hard to find cat that we were lucky enough to photograph running in the Serengeti.  Well, we got lucky again and had the opportunity to spend 40 minutes with one in Masai Mari.  Instead of running he went hunting.  He is like a house cat in many ways, about the same size, and both like mice for dinner. When he finds one he pounces, diving head first into the ground and hopefully comes up with a small meal for himself. 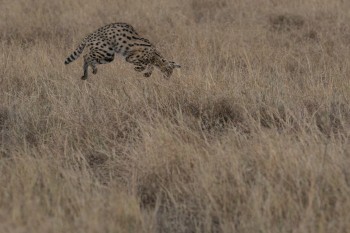 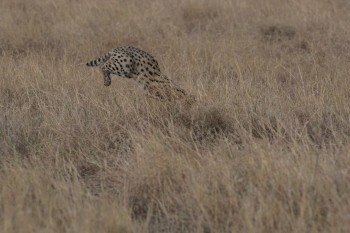 The second was a more well know cat, the leopard.  While wildebeest are too big for leopards, impalas are not and we saw a leopard stalk and then take down one.  In the open where we could photograph it!  Which of course we did. 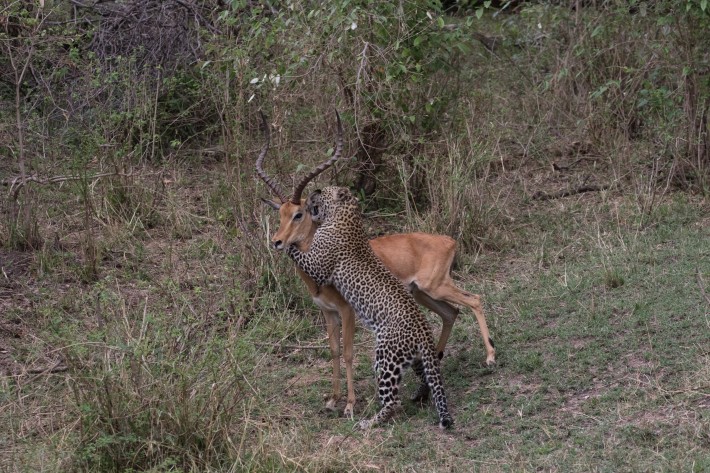 We also saw two more kills.  One was two female lions attacking a sick wildebeest calf that could barely stand.  The second two different female lions taking down a wildebeest 5 minutes outside our camp.  This one didn’t count because we didn’t get a picture of it (operator error as we were still discussing where we wanted to go on the drive and didn’t have our cameras ready), and our rule is if we don’t get a decent picture we haven’t seen it.

We had a great time, getting lots of good images and surviving the afternoon clouds, which prematurely killed the light  (the golden hour is often nonexistent) and often brought rain. The upside is that the wildebeest, smelling the rain, are staying and even returning to the area, and that lead to lots of activity like what we saw.  And meant that at our next stop we would still see the wildebeest and all the predators they attracted (See Final Act)