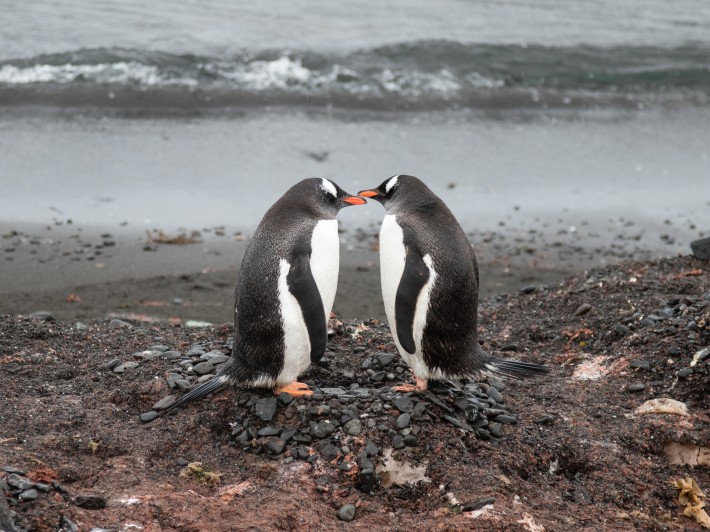 One of our goals in going to Antarctica in December was to see some chicks.  It would be early summer rather than late spring and some eggs should have hatched.  And we were not disappointed as on our first landing on Antarctica mainland (as opposed to a nearby island) were were rewarded with Adelie penguin chicks. 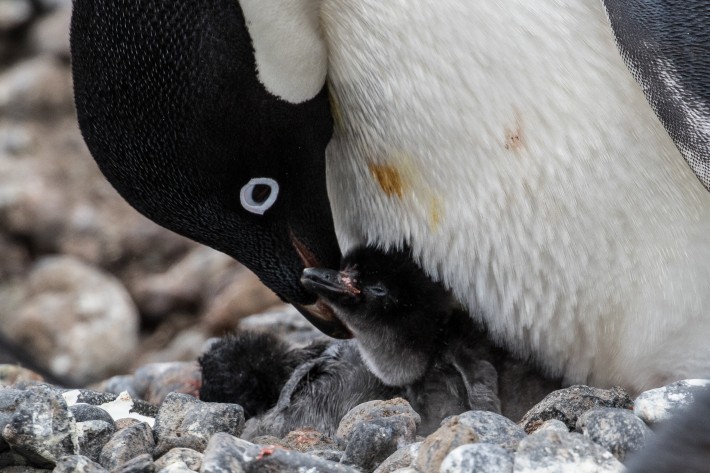 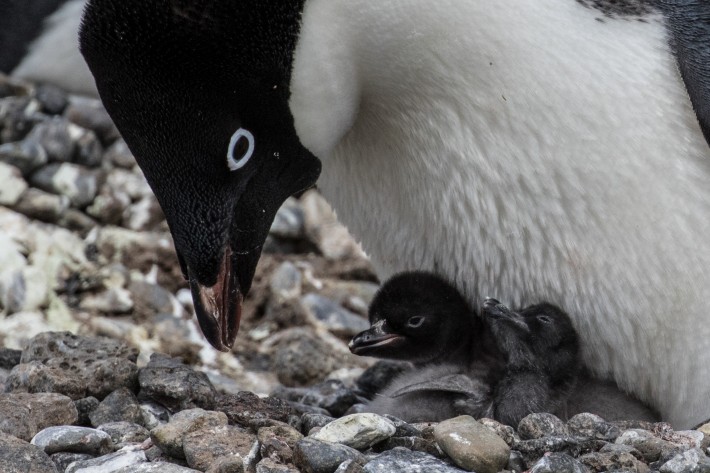 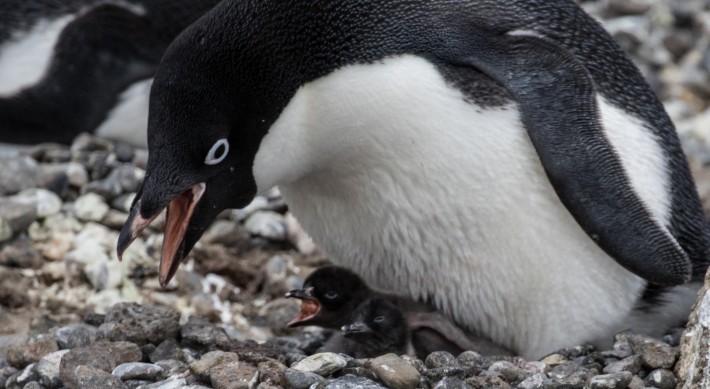 We also watched their courtship, nest building and egg sitting 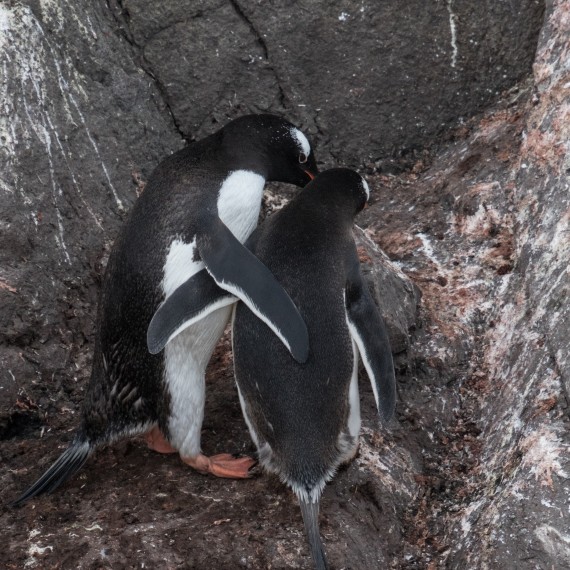 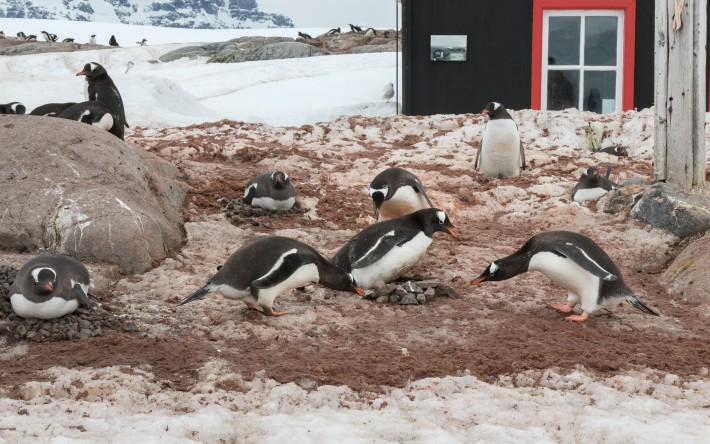