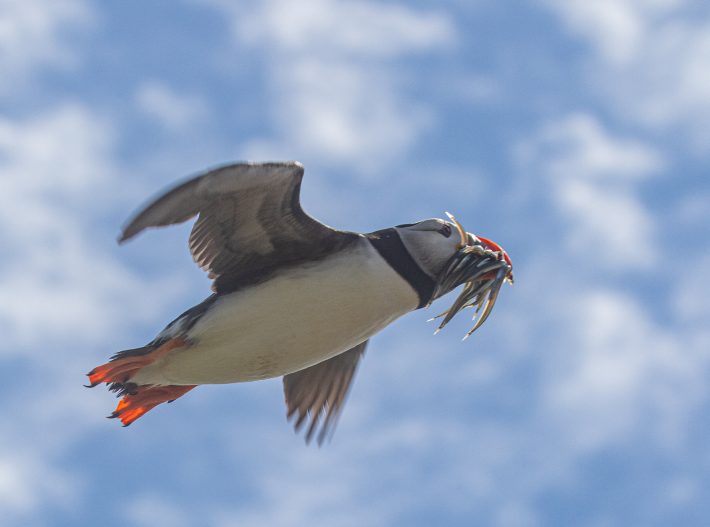 Puffins are one of the cutest birds around and one of our favorites. While they only met one of our three bird criteria – they colorful but not large (they are only about 10 inches long) nor slow (they fly like bullets).  But their cuteness overcomes everything else and they are high our bucket list.

While we have had minor luck on photographing them before we hadn’t really gotten the shots we wanted.  So when two puffin photography tours came up a week a part in Europe we decided to go all in on puffins and booked both of them, one at the Farne Islands in England and the other at Grimsey Island in Iceland.  We figured if we didn’t get a good puffin picture it won’t be for lack for opportunity.  This report focuses on the Farne Islands portion of the trip which did produce many good pictures and memories.

The trip did not start off well as the travel gods (most likely in the form of the American Airline mechanics work slow down) did their best to prevent us from getting to England on time.  Our flight from SF to Philadelphia was delayed 12 hours, which meant we would miss our connection to Edinburgh.  And of course everything was booked solid for the next few days.  But after 3 itineraries and probably as many hours on the phone we found a trip that arrived only 24 hours later than our original schedule and our adventure was on.

The Farne Islands are a couple of miles off the English eastern coast near the Scottish border.  You fly into Edinburgh and then drive a couple of hours Southeast into Northern England to a little town called Seahouses. 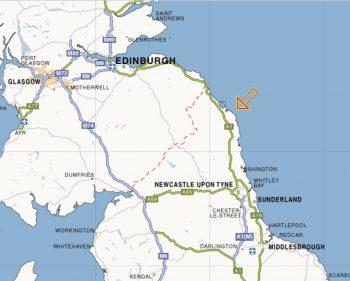 The islands are a nature preserve run by England’s National Trust for Places of Historic Interest or Natural Beauty (better known as “The National Trust”) and the only way to land on them is by boat.  So we joined the other tourists (probably 50% photographers) and off we went. 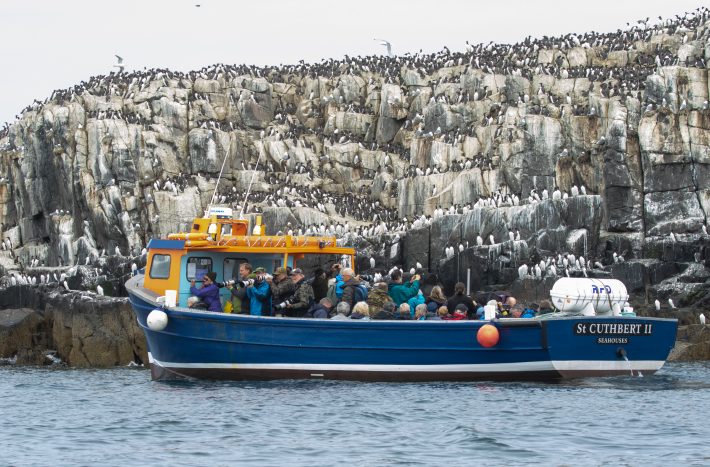 And we weren’t disappointed as the puffins were plentiful. And they had hungry chicks so they were fishing for their favorite fish, the sandeels – a small eel like fish about 3-5 inches long.  The lucky (good) ones would come back with up to a dozen in their beak: 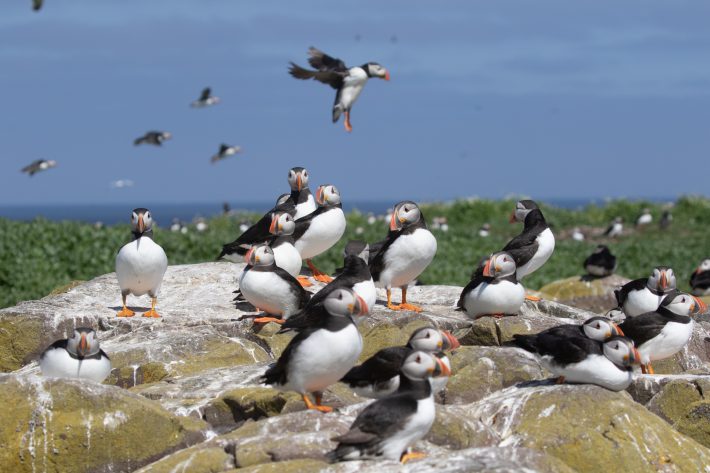 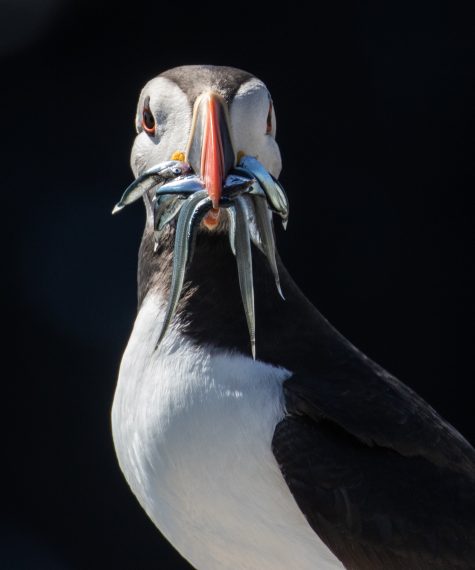 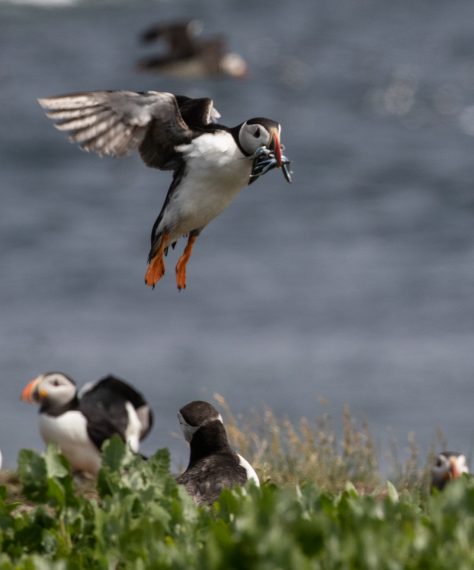 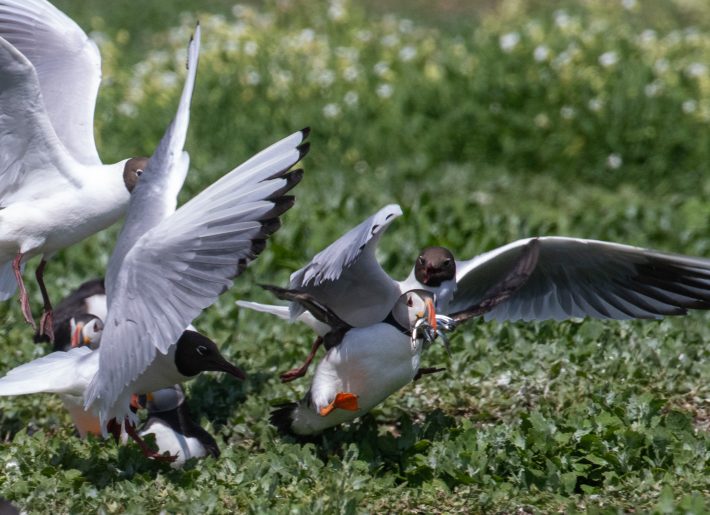 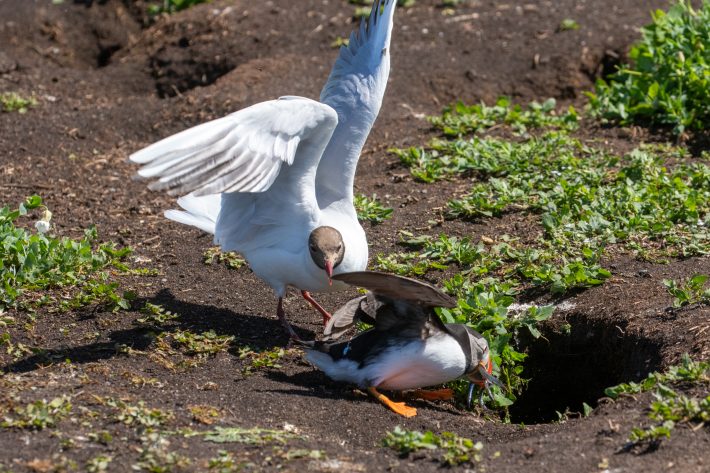 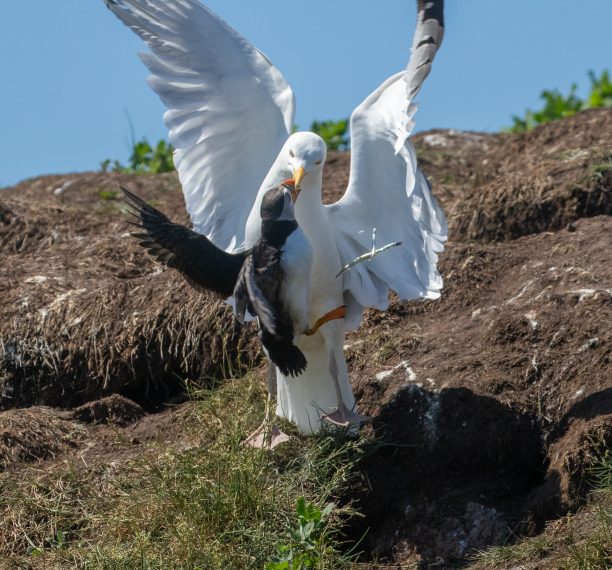 (The puffin lost all his fish but otherwise survived)

Another bird who likes sandeels is the Arctic Tern.  These are the guys that we have seen in Antarctic, where they go in our winter. That is at least a 12 thousand mile migration each time (with their convoluted route it usually is a lot longer, up to twice that).  And as they migrate from their northern breeding grounds to the Antarctic coast for the southern summer and back again about six months later thats more around the world in each and every  year!  This is by a bird about a foot long and that weights a little more than a half pound. 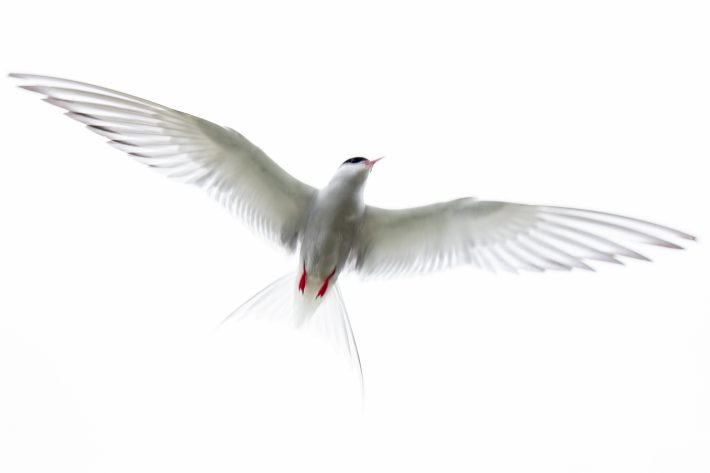 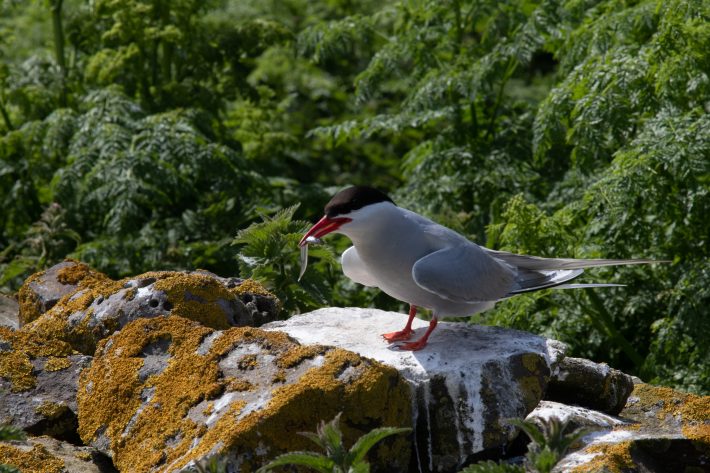 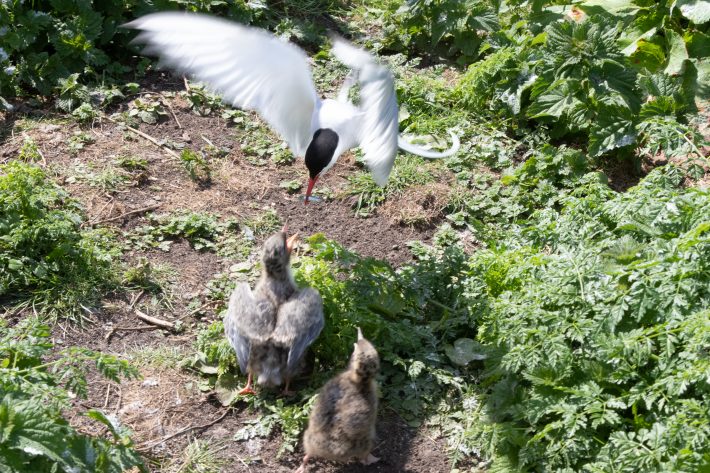 Since they nest on or near the broadwalk all the island visitors use they are constantly patrolling the boardwalks to chase folks away from their chicks, and can get very aggressive and nasty. 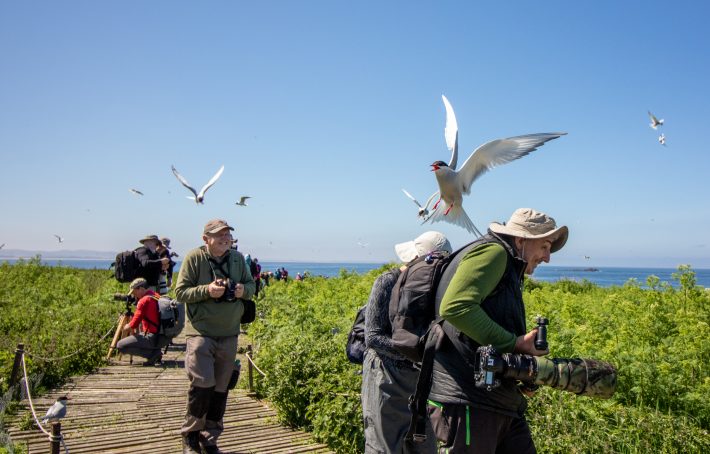 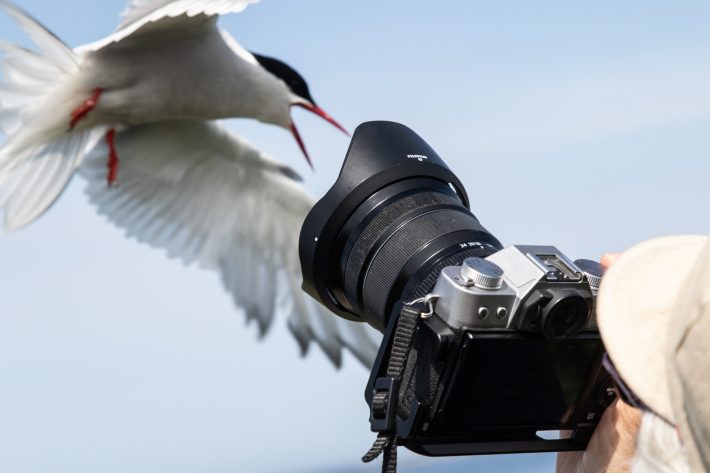 And as usual for a wildlife trip we did some pan blurs.  Despite the fact that puffins are relatively small, fast and erratic in the air we had some success 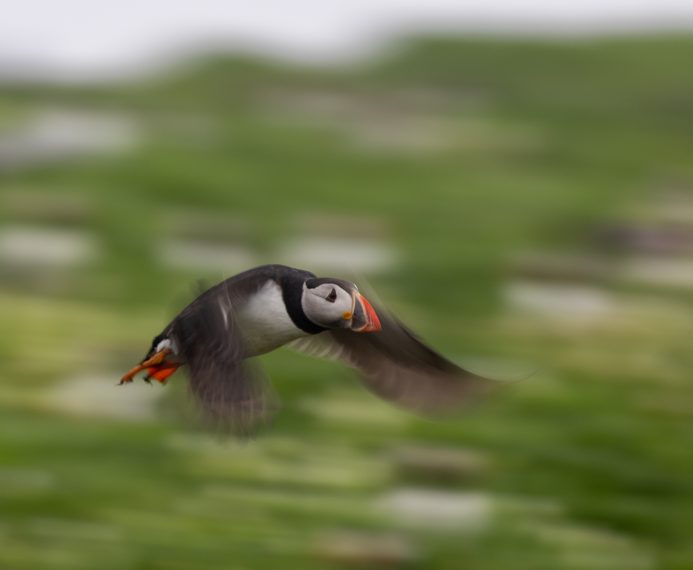 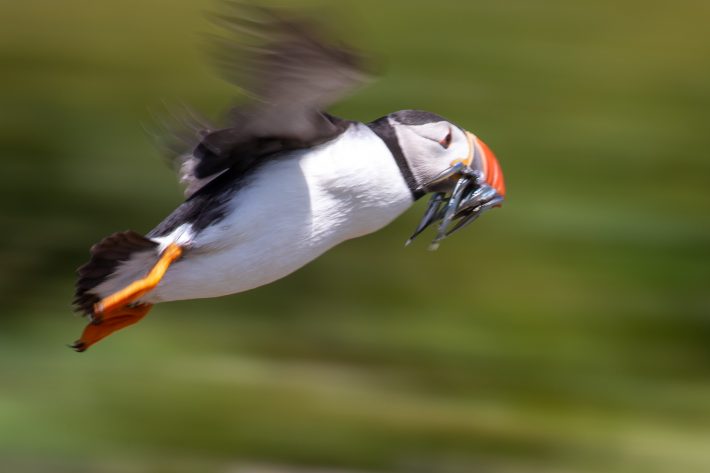 We are now in Reykjavik, Iceland getting a little R&R before starting on the second half of our adventure where we head North to Arctic Circle and Grimsey Island and more puffins!