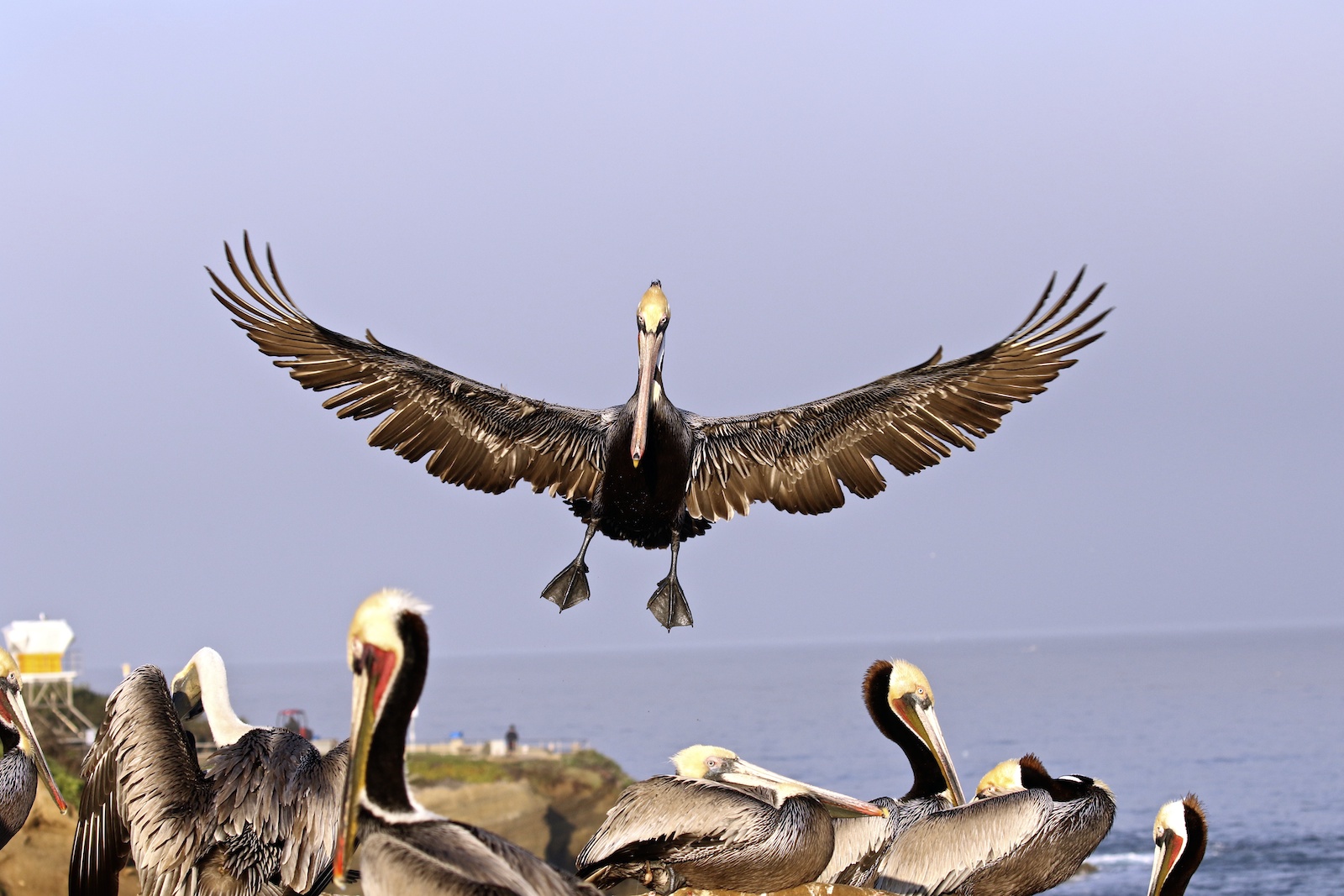 We like our birds big, slow and colorful. So when we read that the pelicans in La Jolla had come into breeding plumage our eyes lit up. We talked to our friend Joe and he who quickly organized a trip South. And we were not disappointed as the weather was good enough to provide good light and there were plenty of birds: 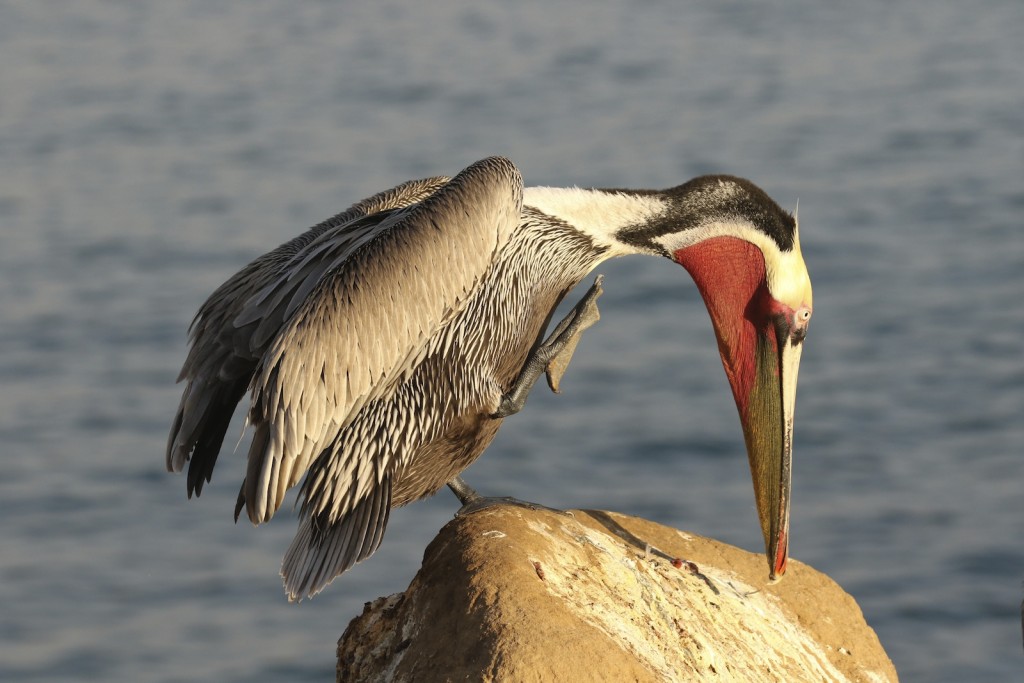 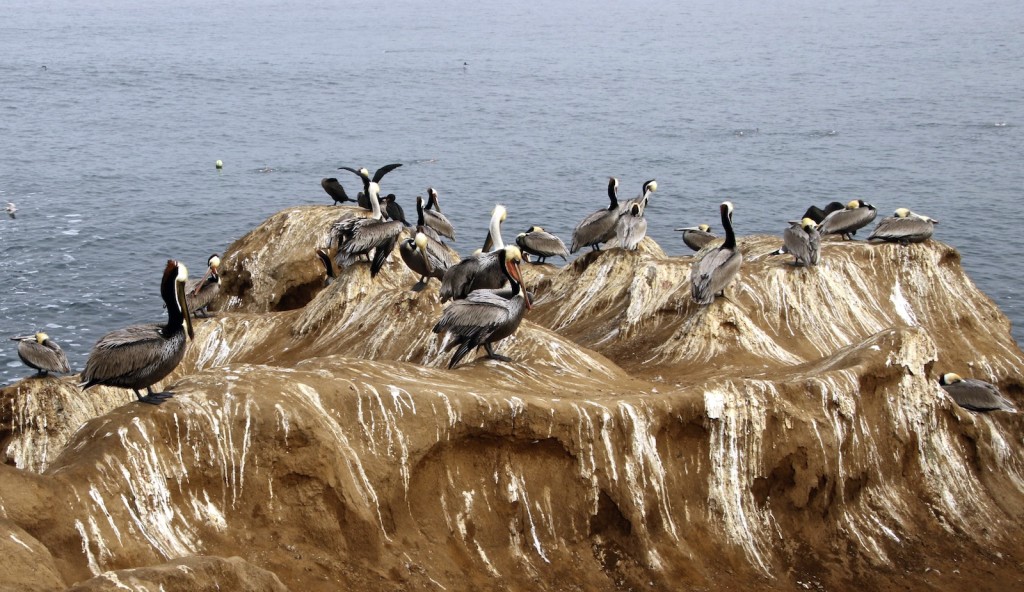 One challenge was to isolate a bird who was doing a head throw which pelicans do to stretch their pouches. We had some luck and a lot of fun trying. 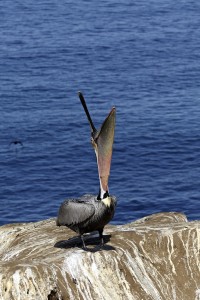 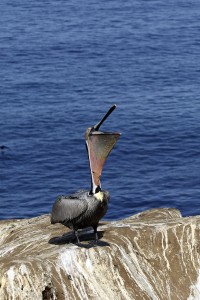 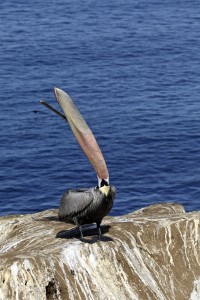 Another challenge was dealing with the photo workshop that was there the same time as we were. I addition to tripling the number of people trying to get shots, they were very aggressive and pushed the birds back and even drove some seals off their resting spots.

When the mob was too much we went around th corner to find other birds such as this tern. 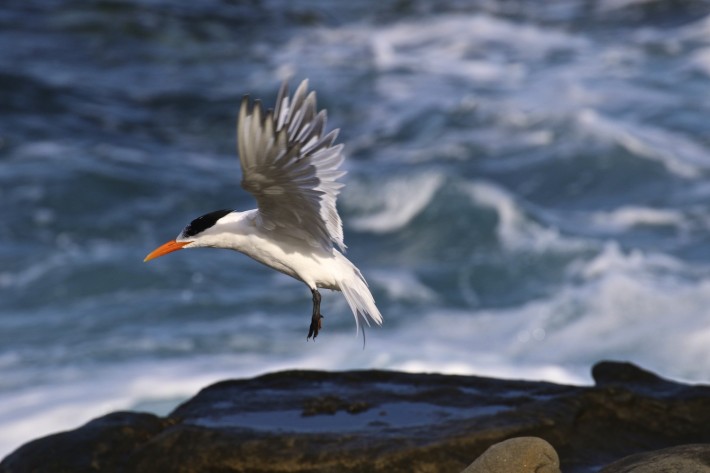 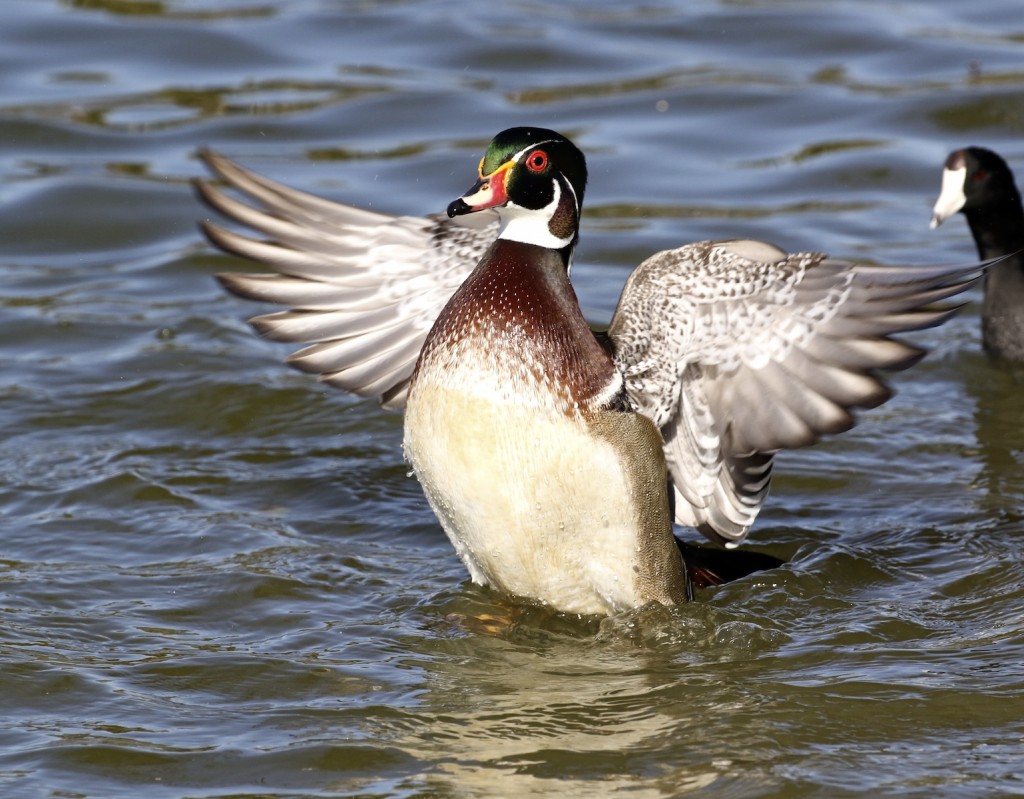 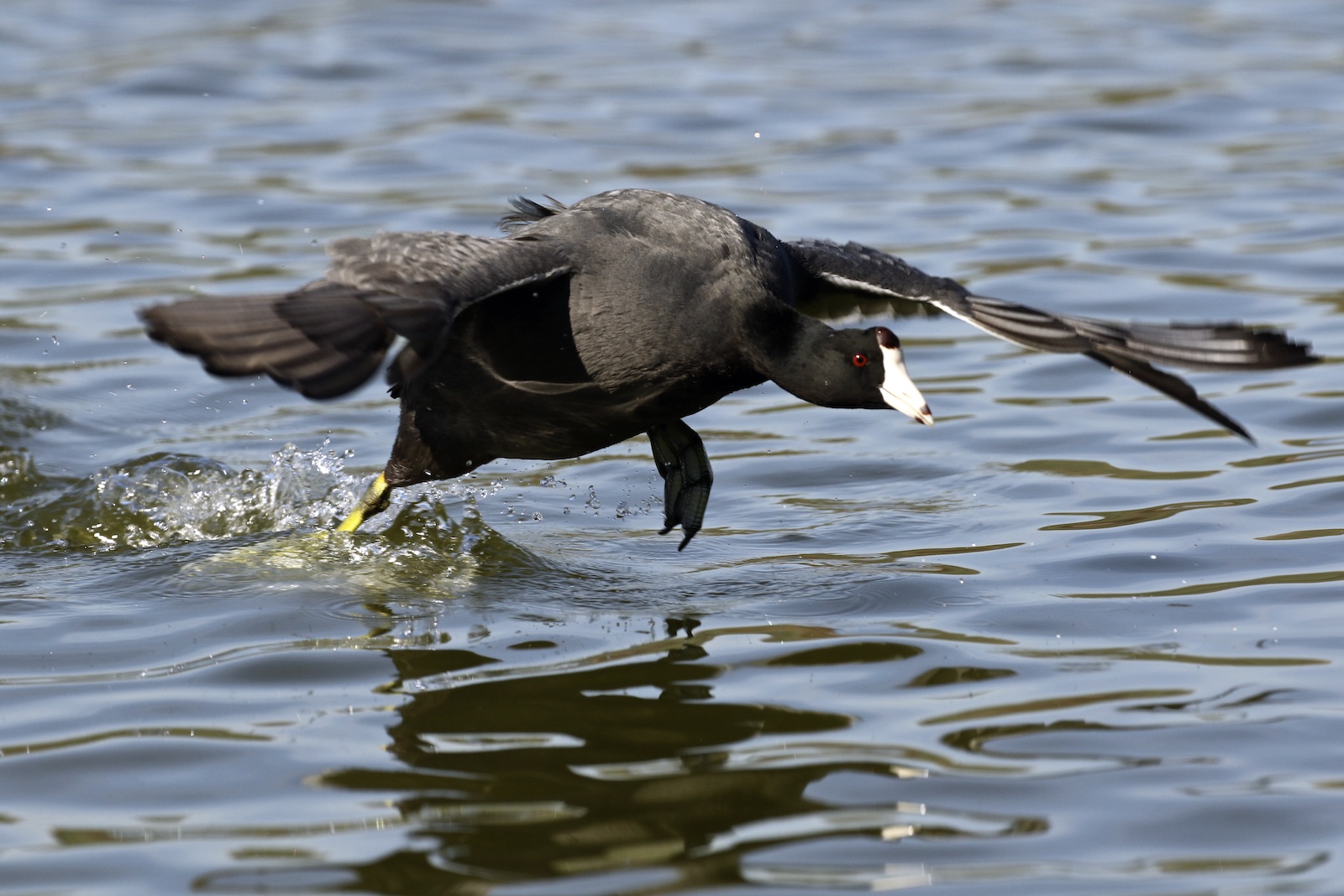 This was not one of our usual photographic venues. The hotel was luxurious (we didn’t have to stay in a Holiday Inn or worse), fine food was available and the birds were 10 minutes, not 10 or more miles from our hotel. 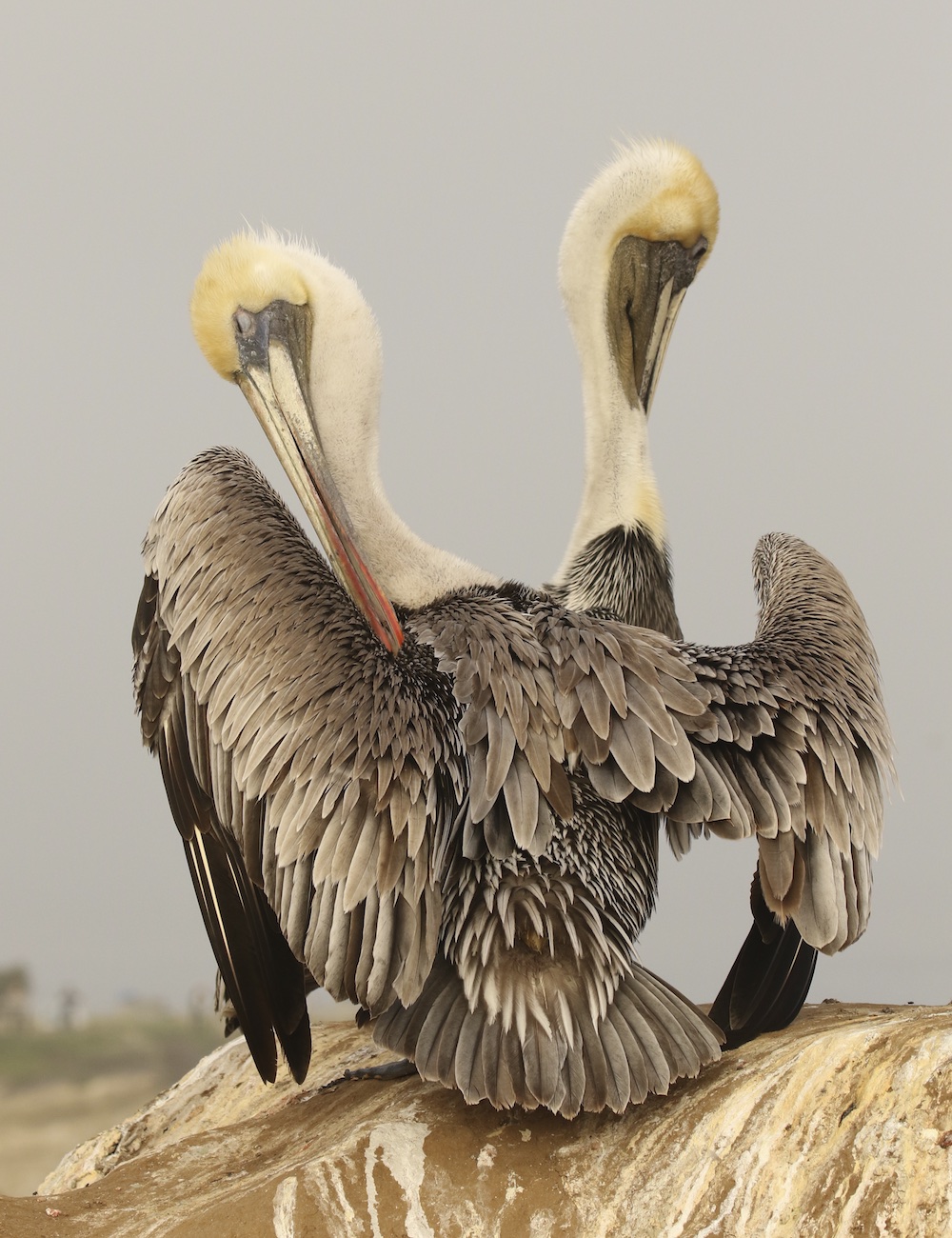 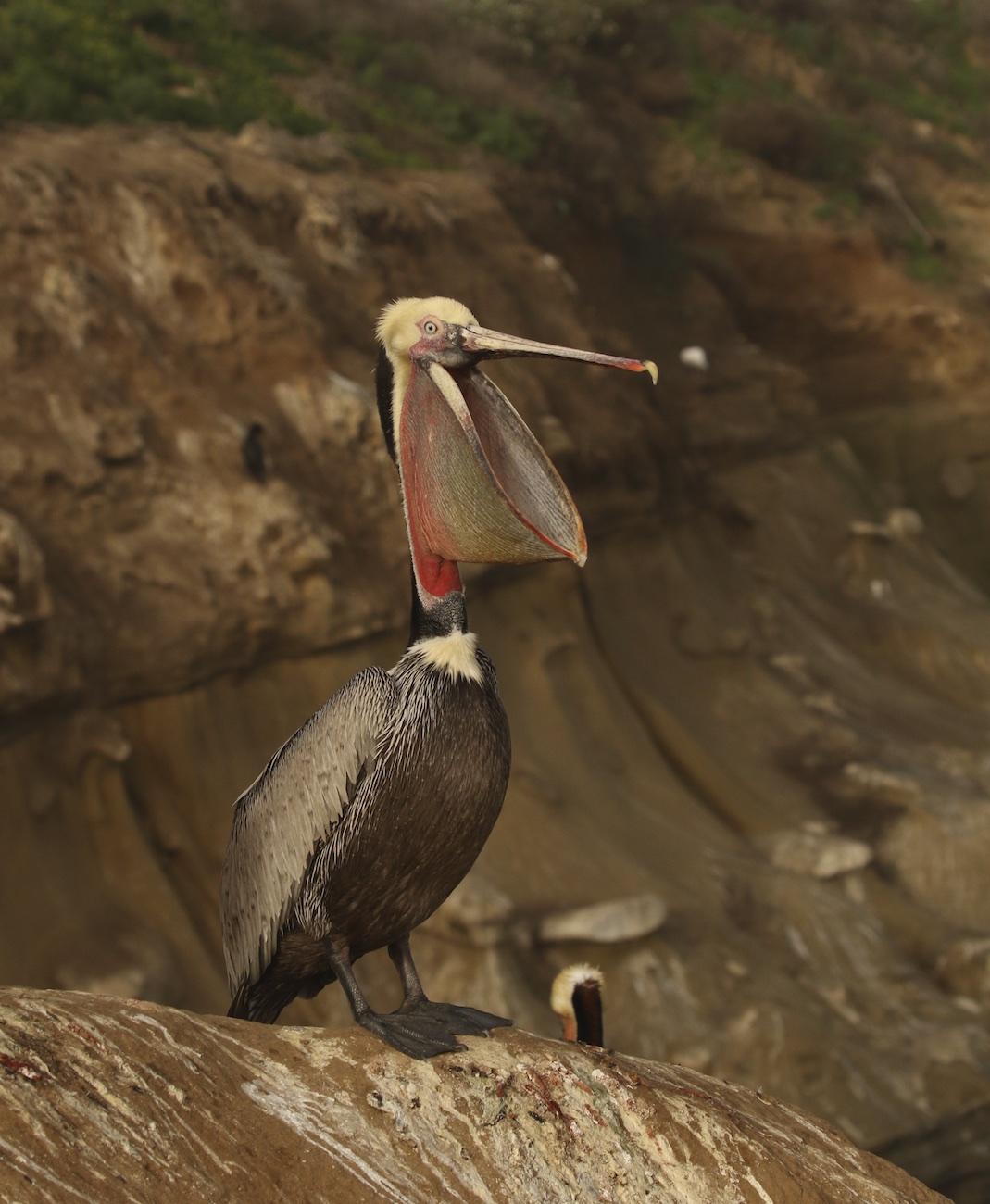 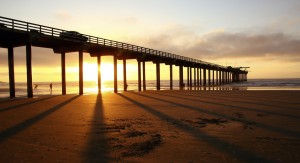