We are back on US soil after a 2 week trip to Russian Arctic, Siberia and Wrangel Island. Our first stop on our trip was Nome, a sleepy town in where the only nonhuman wildlife was a prehistoric looking Muskox 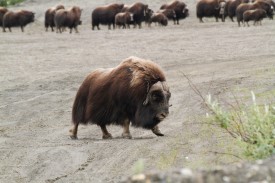 We were glad we got there a day early as the airport was fogged in the morning of our departure date, and four people’s flight couldn’t land in Nome that morning. Later in the day they had to charter a flight from Anchorage at $2,500 a piece. Ouch.  Our flight to Anadyr, Russia crossed four time zones in this little plane: 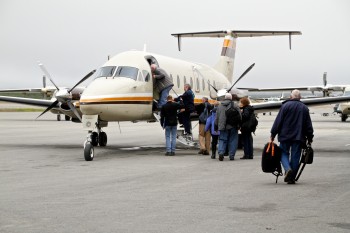 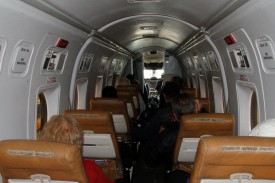 Of course at this latitude (65 degrees North) that four time zones was only 500 miles across and even in a slow propeller plane it was an easy two hour flight.

While our ship was nice, though the transfer by barge to our ship was a little more 3rd worldish than we expected.  But our cabin was spacious. 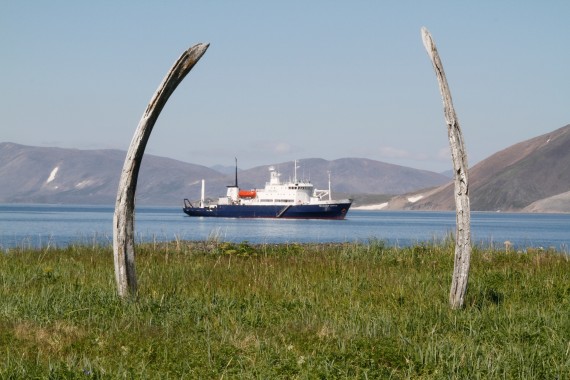 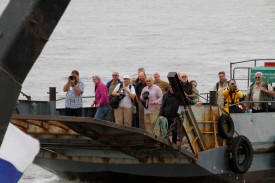 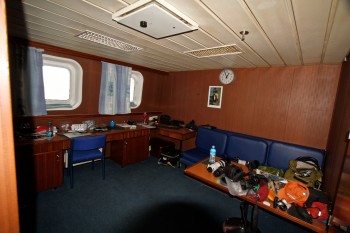 Our first few landings were uneventful without much wildlife.  But we did see 3 walrus carcases which had been slaughtered by the natives for their tusks, and disprove the urban myth that the natives always use 100% of what they kill. 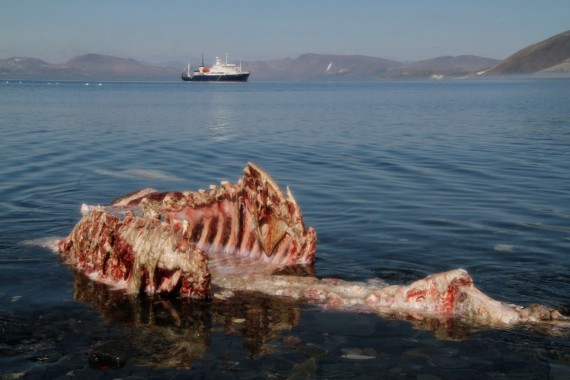 Our focus for the trip was to see polar bears, and we saw a only few, a disappointing 19 over 8 days in polar bear county.  Unfortunately due to hunting by the Russian natives from the mainland, we usually only saw their rear ends as they ran away from us as fast as they could. 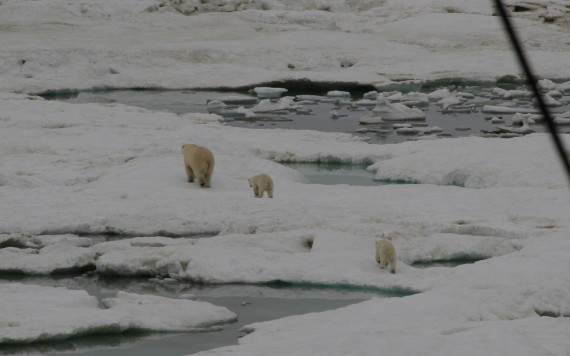 However a few were less skittish and we got some good pictures of mothers and their cubs. 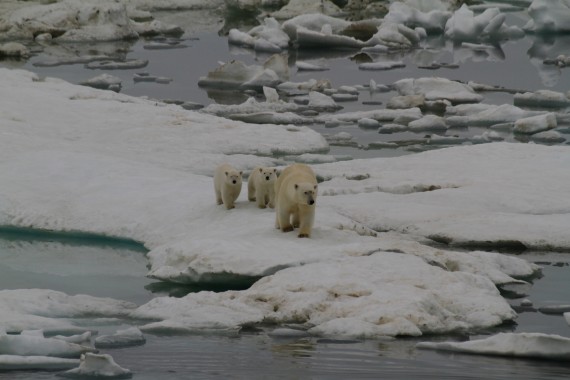 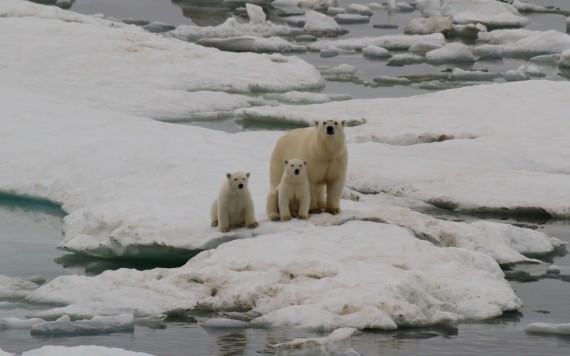 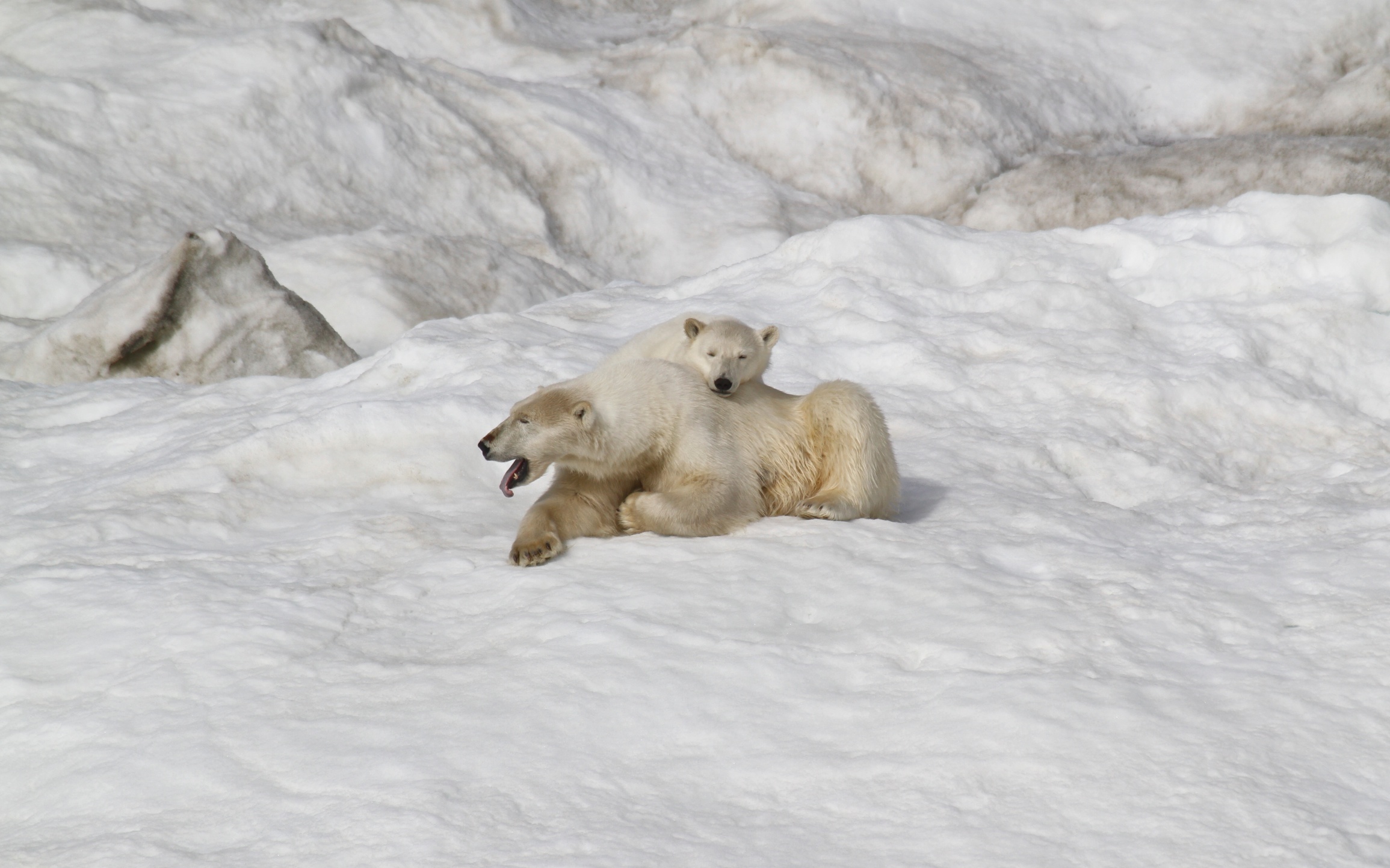 Wrangel Island itself was not much, just tundra, old buildings and discarded 55 gallon drums left over from Soviet era attempts to staff the island. 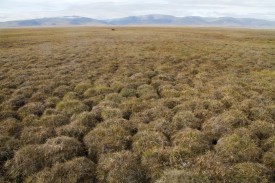 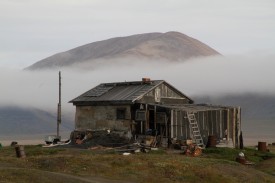 Though most landings were devoid of wildlife, we did see some walrus and puffins 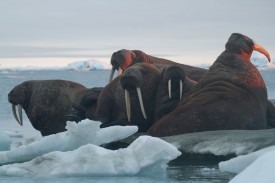 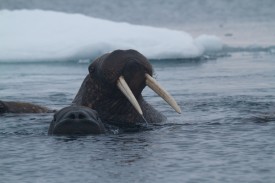 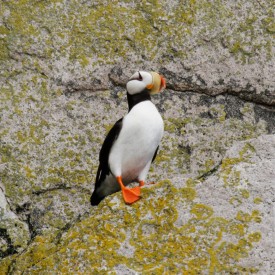 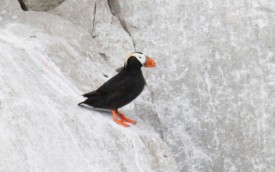 The weather was basically good and while cold, never got below freezing.  But when you are on boat going 5-10 knots, the wind chill factor can be serve.  Overall an interesting adventure, though probably not one we will repeat. Now off to the second half of our Far North adventure, 10 days photographing Alaska landscapes and wildlife.