While it is our general philosophy to fly rather than drive whenever possible, the travel distances and the remoteness of our destinations  meant we drove a lot on this trip. Between getting to the parks and our day trips we put on more than 800 miles, and with most of it at 25-30mph, a lot of hours. And that doesn’t include the 15 games drives on dirt roads at 25 miles apiece.

While we saw mixed signals on horn use,  in practice it seemed they were  used more than the brakes 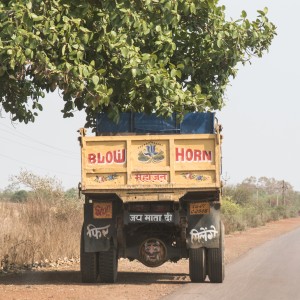 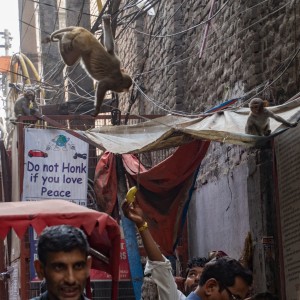 We spent several days in the cities of Delhi and Agar, which presented many driving challenges. While they had traffic lanes, nobody seemed to pay attention to them and every stop light seemed like a scrum. To protect themselves, many cars fortified their front bumpers, sometimes to the point it looked as big as the rest of the car. 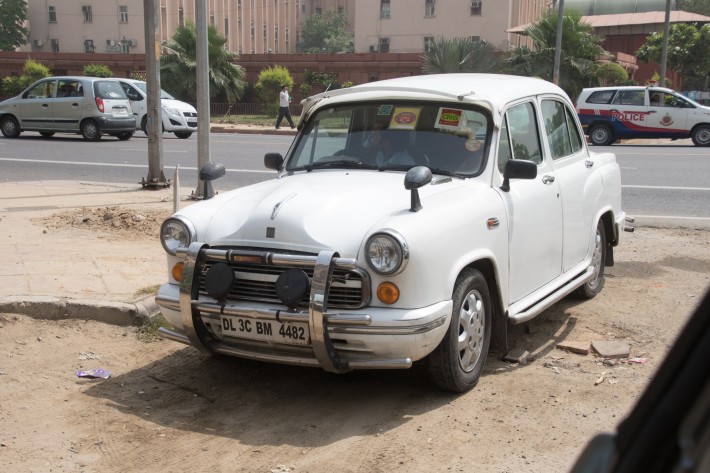 As we moved out of the concrete jungle of the cities to the wild jungle, the volume of traffic eased, but not the challenges. It seemed like every road was only one lane wide, even though it handled two way traffic. 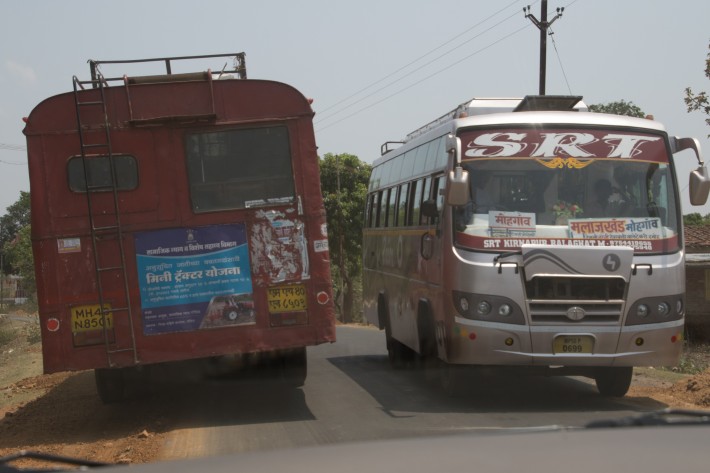 The official reason – not enough traffic. While there was some truth to it, a more cynical person might think of other reasons:

This presented some interesting driving situations, especially when the one lane that was appropriate for their compact passenger vehicles had a large truck  coming towards you. Not for the feint of heart. 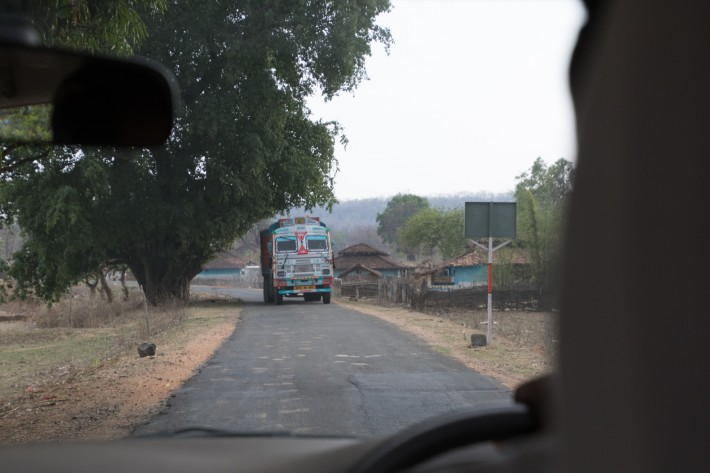 As an ex-British colony Indians drive on the left but given the state of their roads the operative rule is  “Don’t drive left, drive on what’s left”.

While the road conditions left something to be desired, Indians are passionate about their trucks, investing heavily in decorating their vehicles 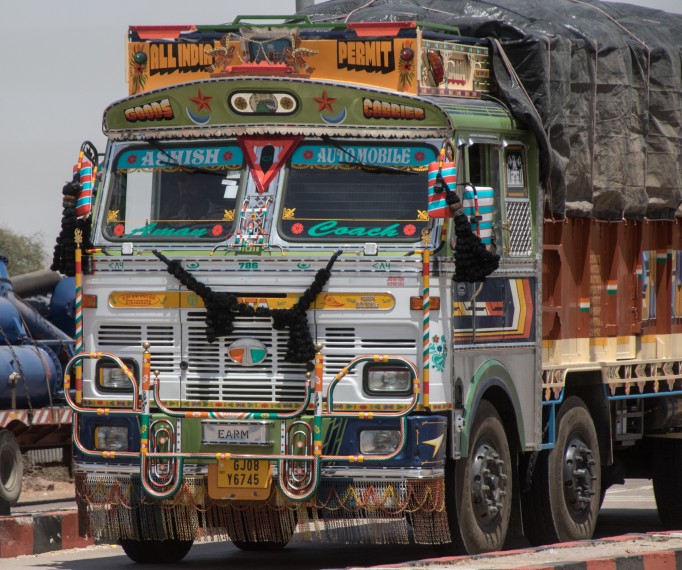 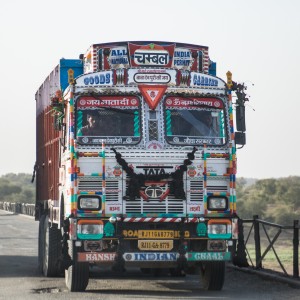 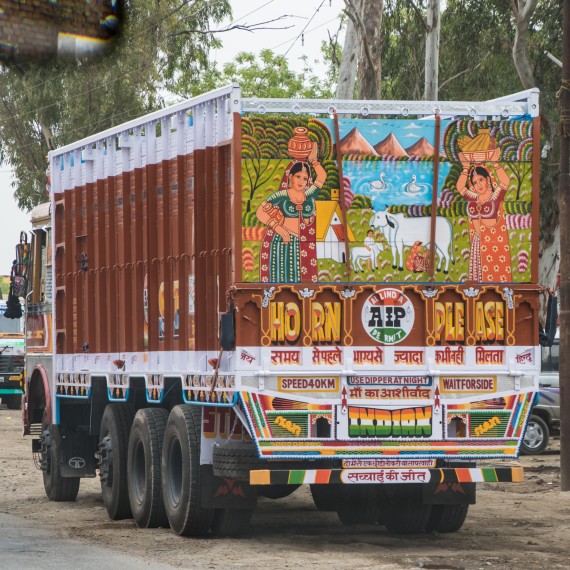 While we achieved our goals, it was a long trip and in many ways the most beautiful sight of all was home 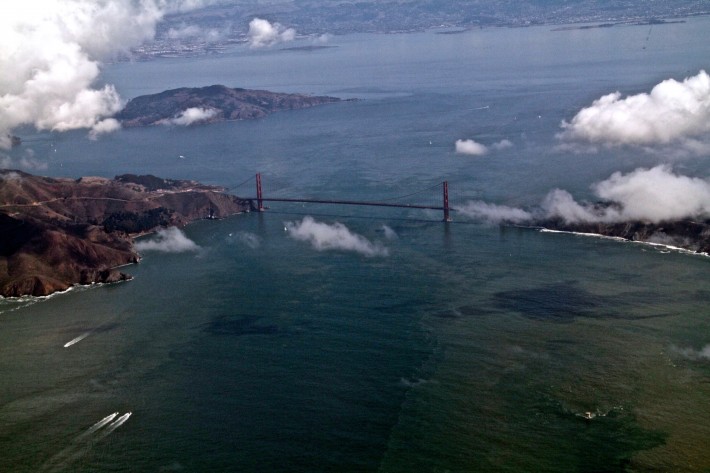