We spent the early part of January in Alberta and New Mexico chasing birds. The common thread was scarcity. When you normally have tens of thousands of birds like you do in Bosque del Apache, its not good but still leaves lots of birds to photograph. But when you are looking for one or two owls like we were in Alberta, it can be disastrous. Of our three days looking for birds in Alberta, one day was OK as we found some snowy owls, one day a near shutout as the first and only owl we saw was after sunset, with little light. The last day we drove over 400 miles only to be totally skunked. Catherine didn’t even take one picture; Jon took only a few landscapes.

One reason for the decline in owls was we hit a warm spell (for Alberta), which meant the owls didn’t need to hunt as much. It was in the low 30’s, much warmer than it had the previous week when it was below zero. (Though for these California folks it was still cold). 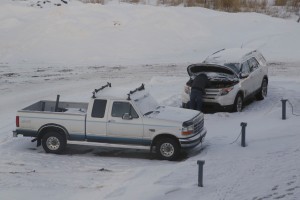 But we did get some nice snowy owls pictures. 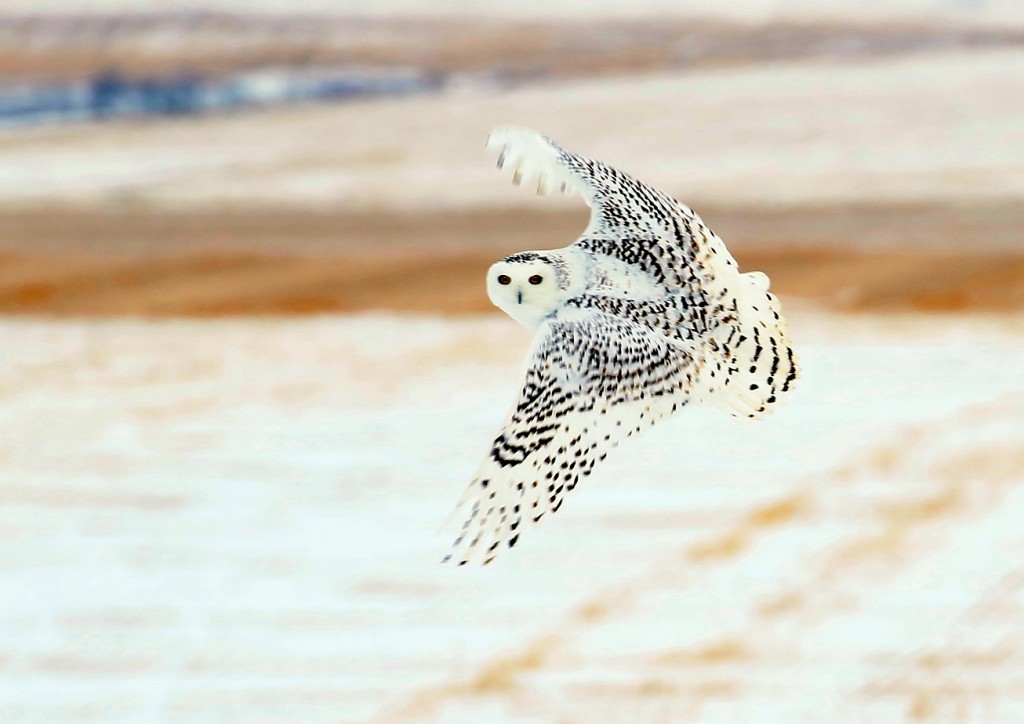 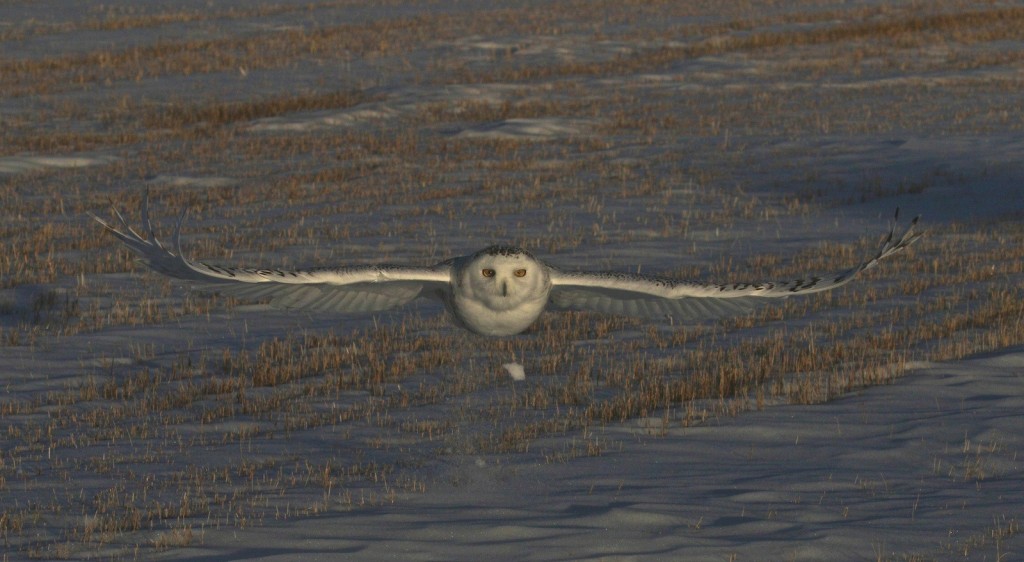 While the numbers were down in Bosque del Apache in New Mexico (they had a failure of the corn crop the birds feed on), there we still enough birds that we got blast offs of hundreds of snow geese. 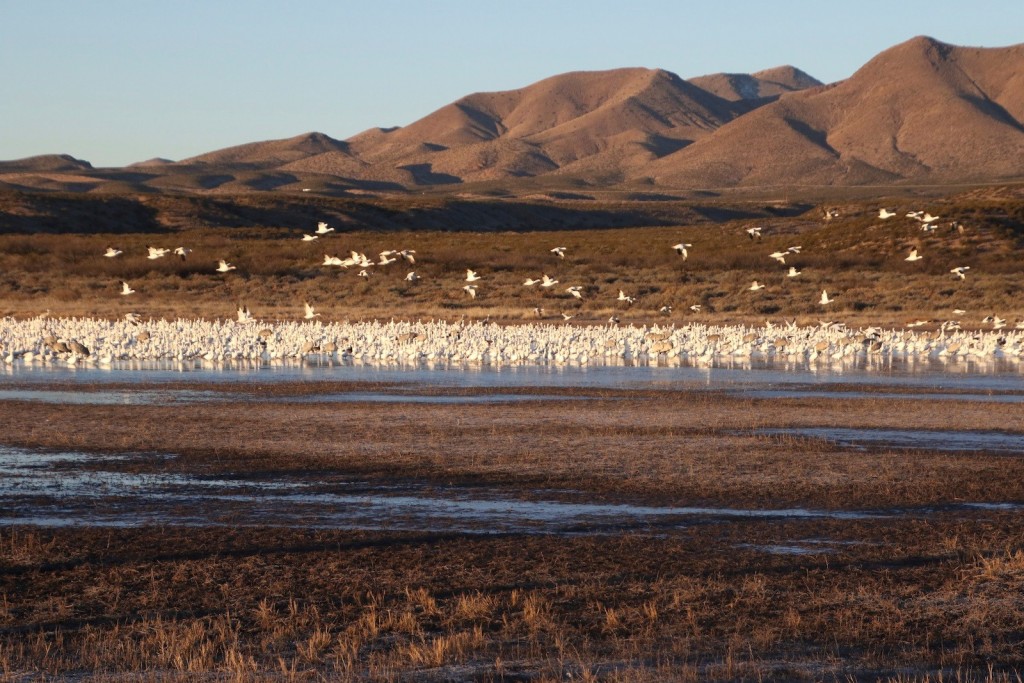 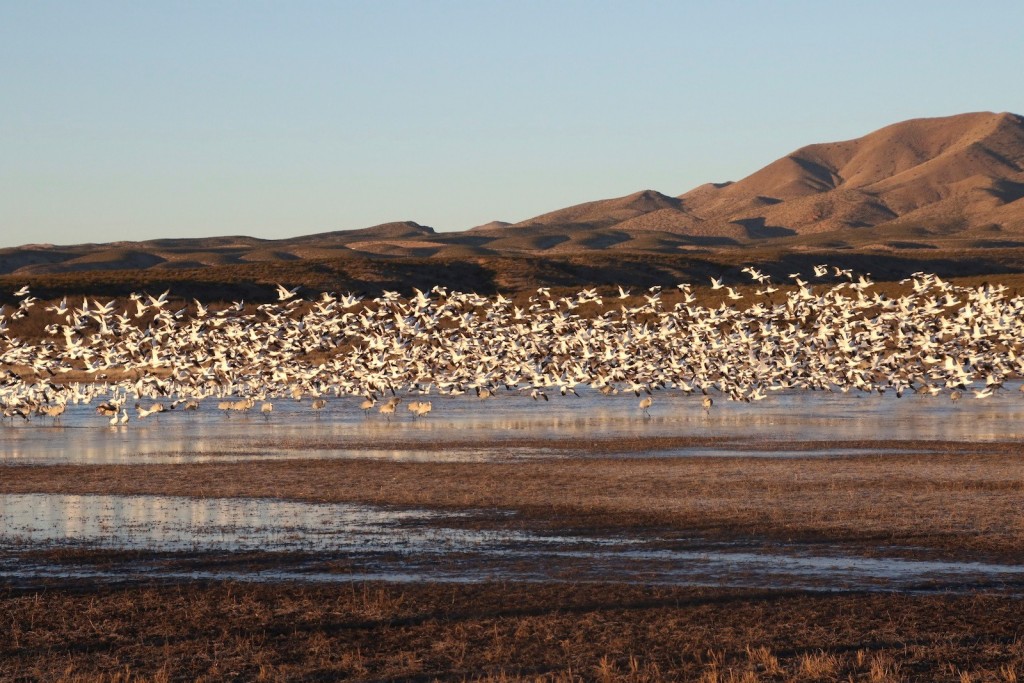 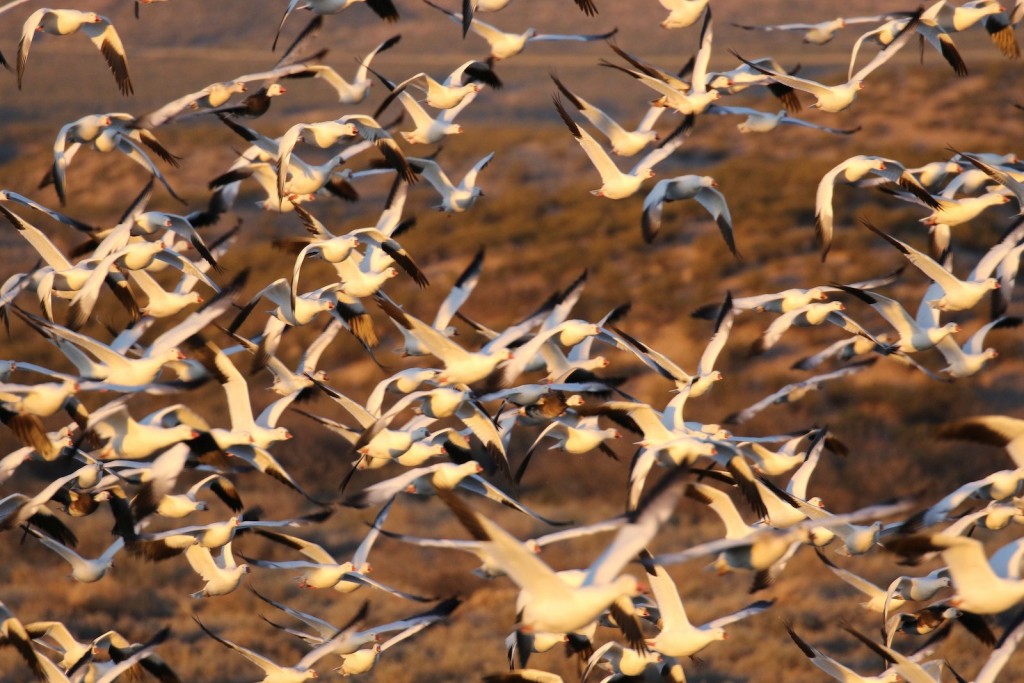 It was quite a show for both the eyes and ears (the racket of hundreds of squawking geese was deafening).

And the sunsets were still magnificent. 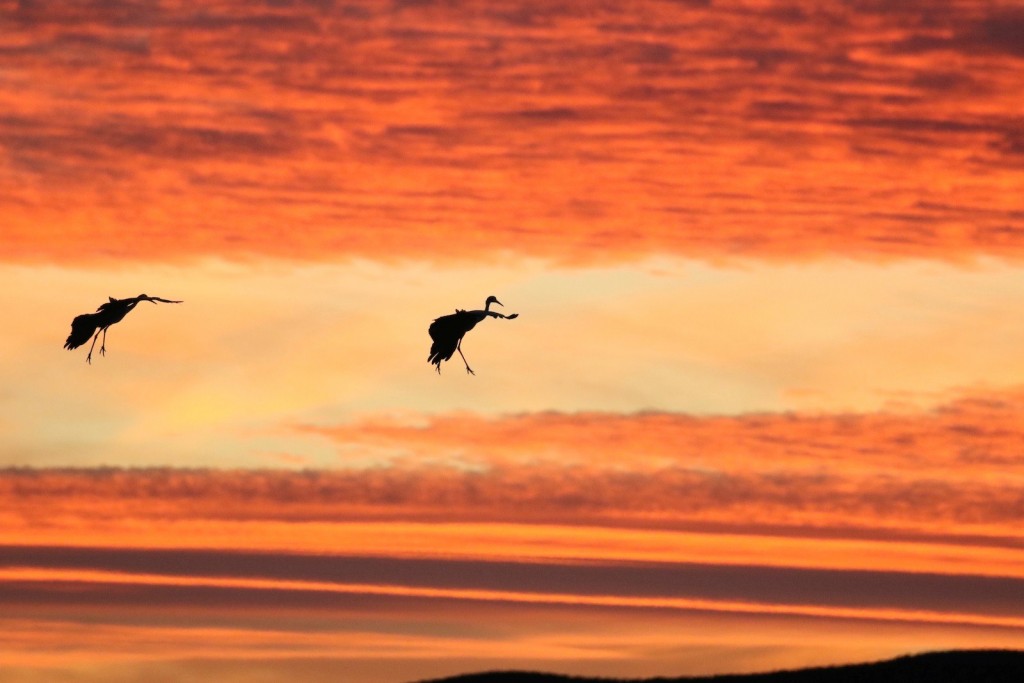