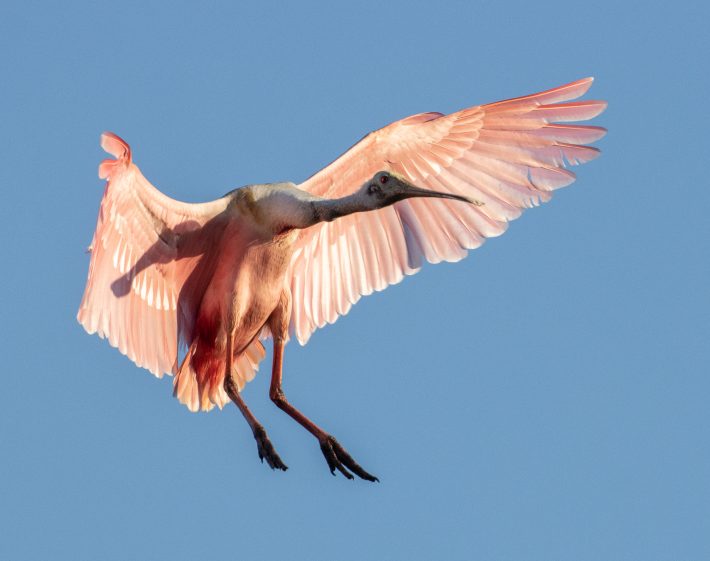 In mid May we were scheduled to be photographing Costa Rica’s wildlife.  Not surprisingly the trip was cancelled as Costa Rica’s borders were closed to foreigners.  For us the result was that the temperature of our cabin fever started climbing into the unacceptable range.  Then we got an email from the St Augustine Alligator Farm saying they were opening.  The Alligator Farm is a great place for bird photography, and close to my brother in Jacksonville who I hadn’t seen in a few years, so an idea was hatched.  We studied the science (as known at that time, it was/is constantly changing)  and concluded that it said that the risk of infection was negligible if you were outdoors, and that the combination of wearing a mask, physical distancing, hand washing and not touching our faces would reduce the risk when indoors to acceptable levels. Determining a trip was feasible, off we went.

Our flights there were uneventful except for being greeted at the gate in Houston (our connection) by the Texas Rangers who wanted to know where we were staying. Being from California we were subject to a 14 day quarantine.  Apparently Texas didn’t think much of the effectiveness of Califonria’s COVID-19 efforts, probably a combination of the data and the Texas-California rivalry.  However since we were connecting to Orlando and won’t be leaving the airport, they let us go on to our next gate in an almost empty airport. 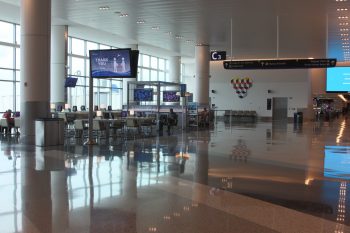 Our first stop was the Vero Beach area where we hoped to photograph the osprey at Blue Cyrus Lake.  However there was a storm brewing off the Florida coast that produced 15-20 knot winds, too high for safe boating on the Lake.  So went to the rookery at Stick Marsh to see the Roseate Spoonbills, Great Egrets and others with their young.  The spoonbills were as beautiful as we remembered 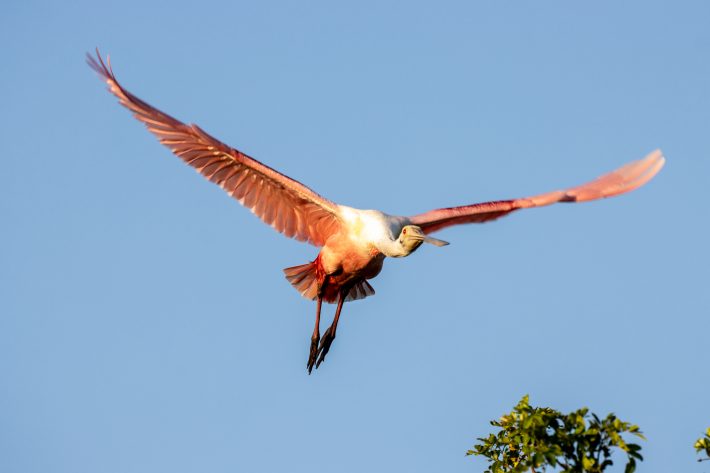 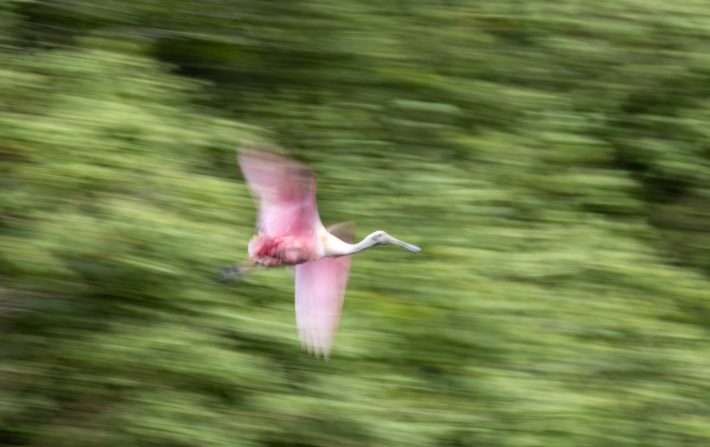 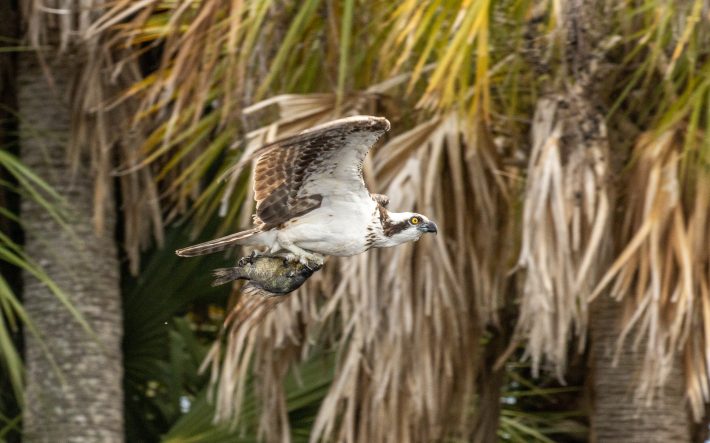 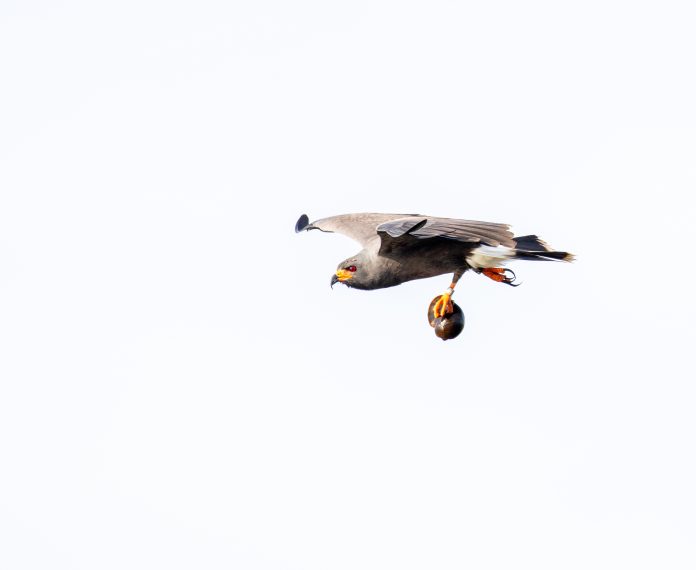 A most difficult bird to get good photographs of  is the Yellow Crowned Night Heron. Usually they hide in the brushes. We were lucky enough to get them flying and even luckier to get a male displaying. 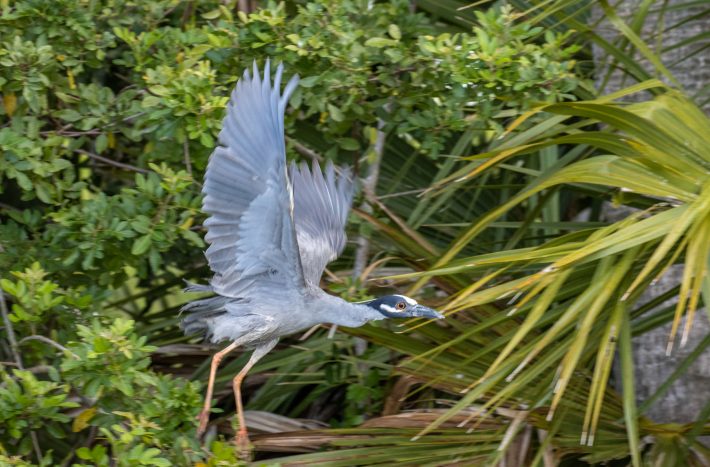 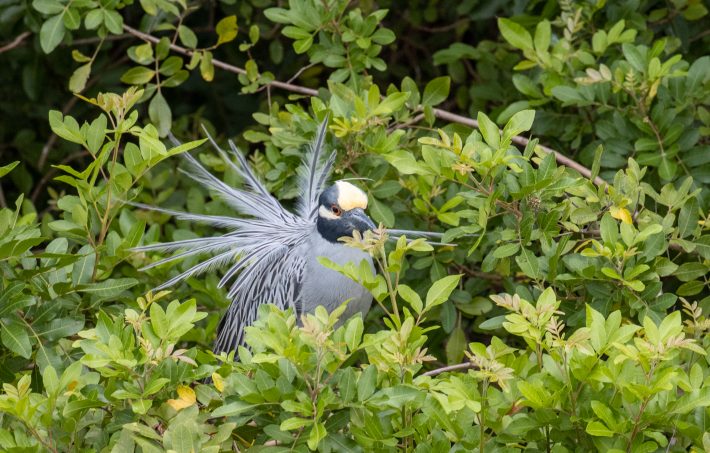 The high winds slowed the birds down and gave us the unusual opportunity to watch a great egret fish from the air.

Next we headed north to St Augustine’s Alligator Farm.  You might wonder what we saw in what is essentially a zoo for alligators.  Well the nesting birds have developed a symbiotic relationship with the alligators.  The alligators protect the birds from any local land based predators, such as snakes and raccoons,  and in turn eat the occasional chick that falls (or is pushed) out of its nest.  As a result there are several hundred bird nests in a rookery about an acre in size. They were everywhere and the noise was deafening.

The alligators bellow to show off their size, the larger the alligator the lower the sound. Males hope to attract females and scare off competitors.  In the alligator world size matters.

But our focus was the birds. It was still late spring and it was family building time. We saw nest building by Tri-colored Herons and Wood Stocks 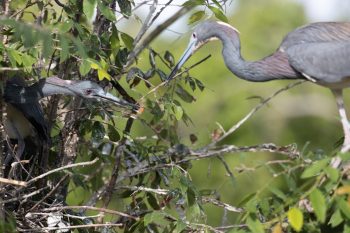 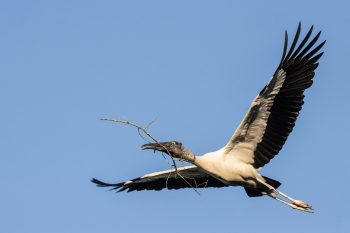 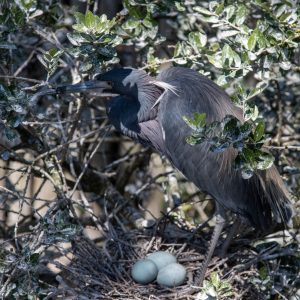 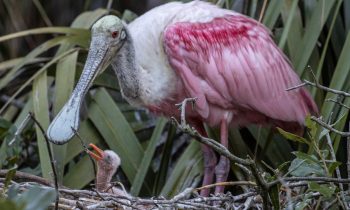 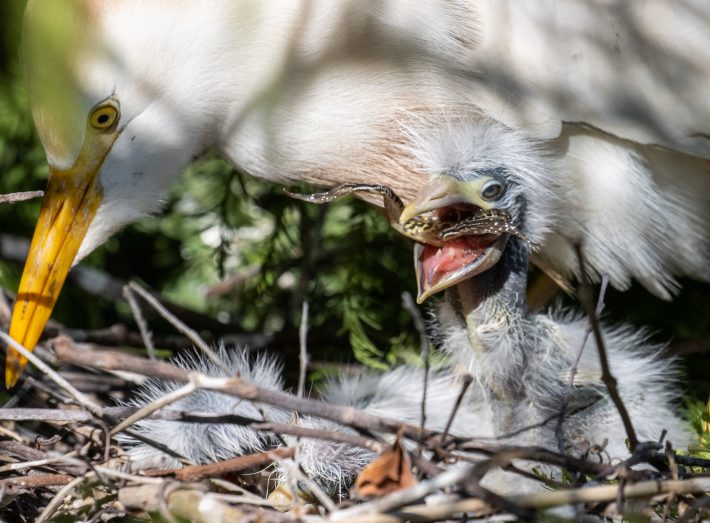 And yes that is a frog the chick is eating.  But the most interesting action was from the older chicks who seized their parents’ bills at feeding time and tried to pull them down into the nest in an attempt to hasten the delivery of food.  At times it appeared to get brutal.  No more complaining about how bad your kids were! 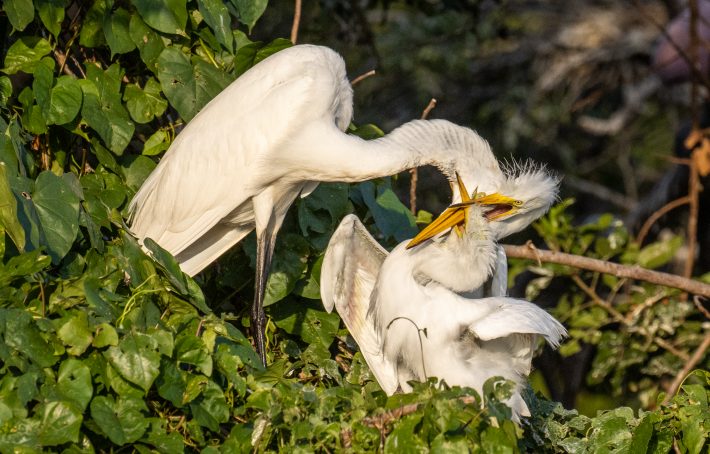 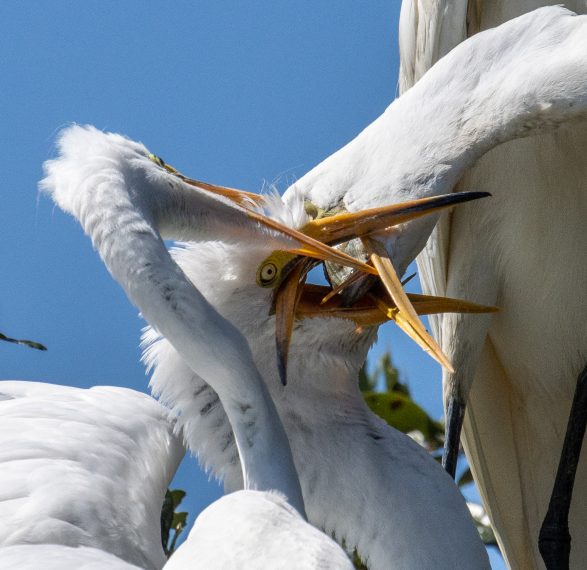 Overall a good trip which broke our cabin fever and prepared us well for the next round of California’s continuing lockdown. 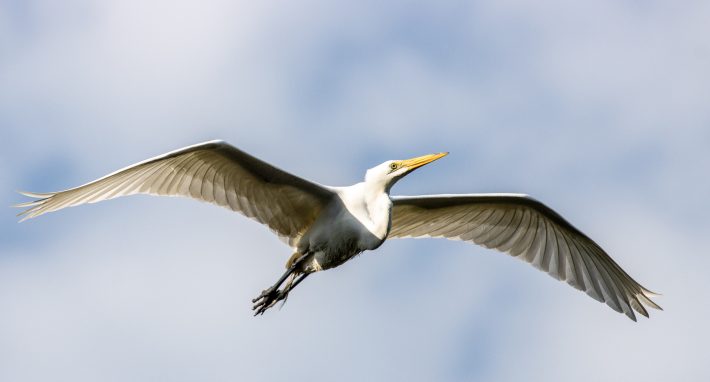