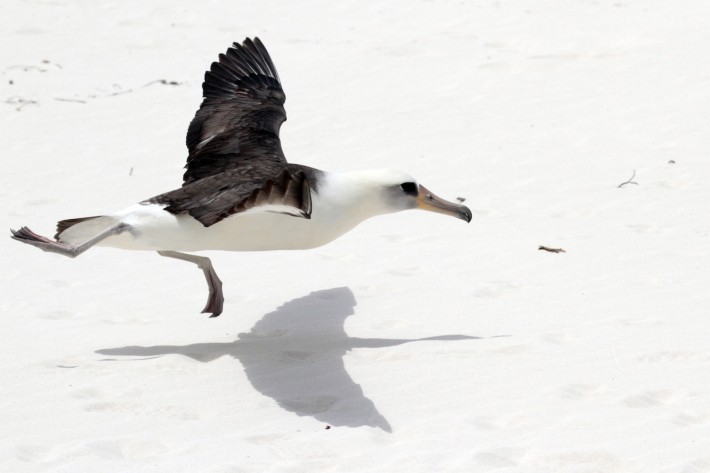 Midway Island is half way between Honolulu and Tokyo, hence its name Midway.  It was site of one of the most important sea battles of World War II 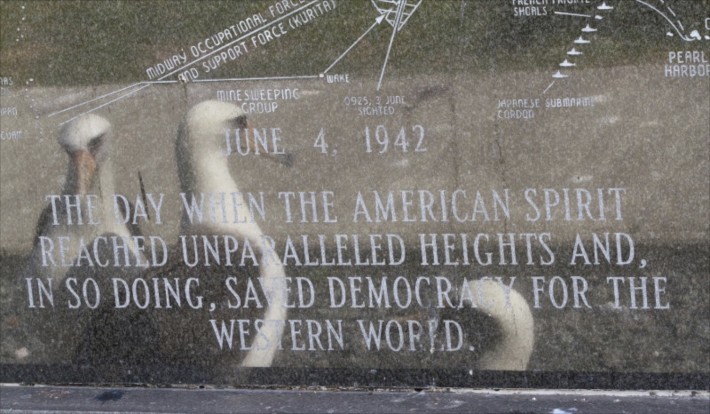 But we had a different focus –  to photograph the Layson Albatross, and there were many of them – several hundred thousand of them in a couple of square miles. It has the largest, and for a long while, the only breeding colony of the Layson Albatross in the world. 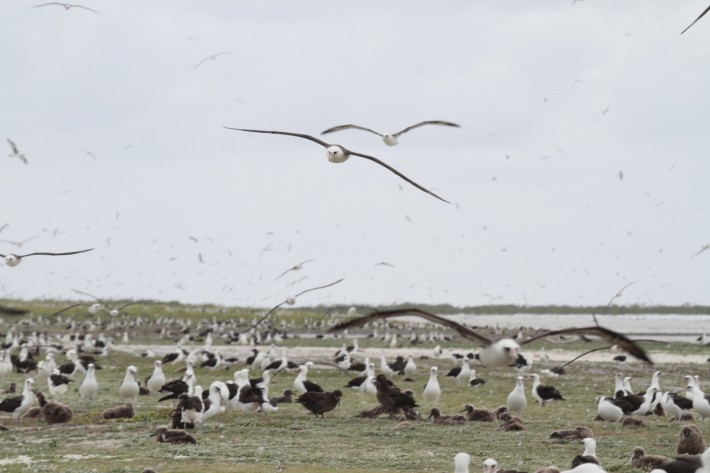 They were everywhere, including on the Island’s roads and skill in moving them was requisite skill for a successful trip.  Naturally Catherine, our in-house bird whisper, got the job. 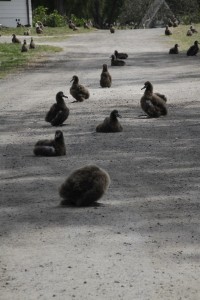 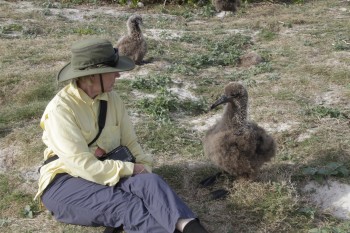 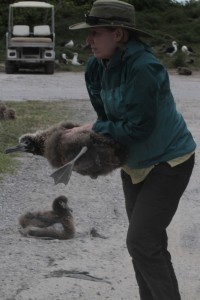 When you heard that we were flying on the same private jet that candidate Obama used you might think we were in the lap of luxury.  You would be wrong while skipping TSA was nice, the plane was small and not that comfortable, and the altitude reading left something to be desired when taking off from above sea level. 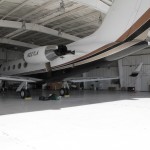 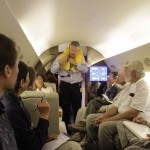 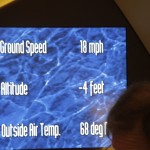 While everyone had their long lens, they weren’t always needed as the albatross were everywhere and accustomed to people 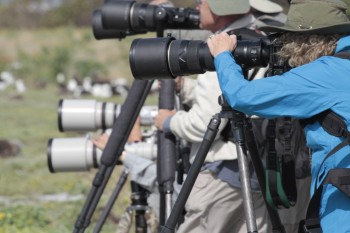 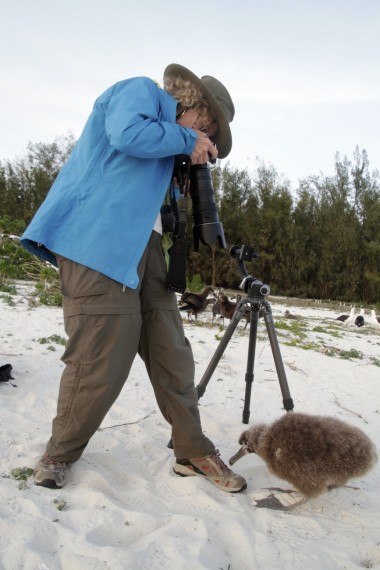 What they were not accustomed to was the plastic in sea, and there was a lot of it. 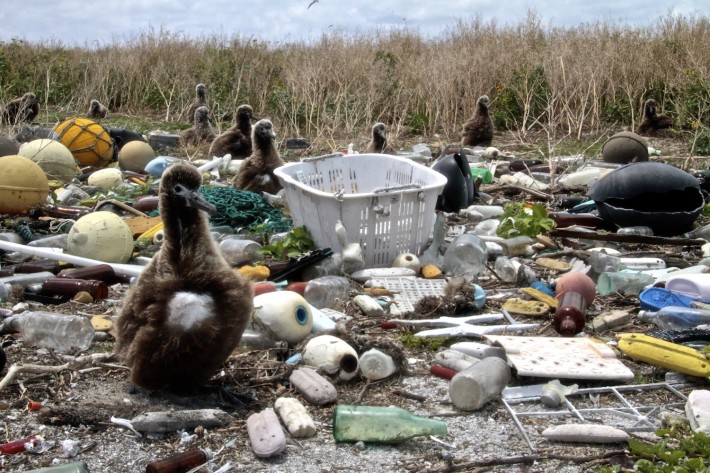 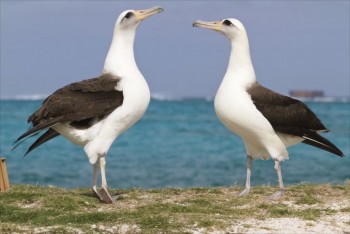 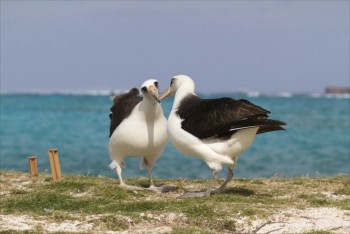 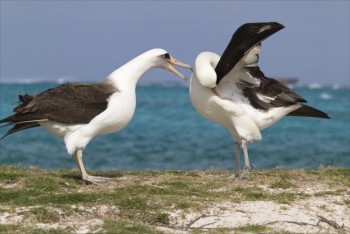 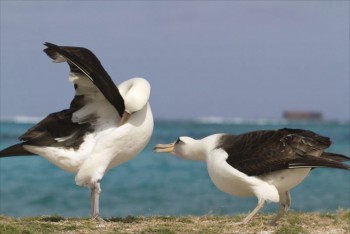 Dancing or not they where great photographic subjects: 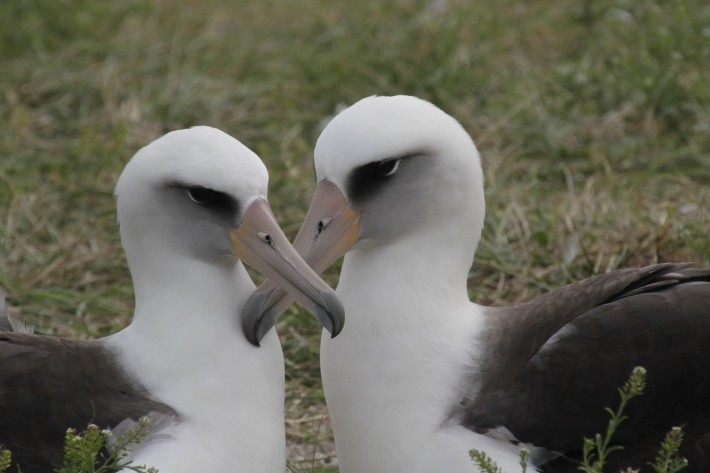 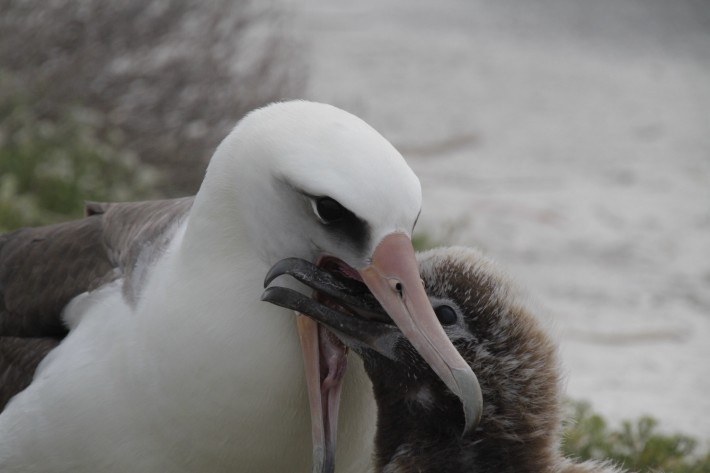 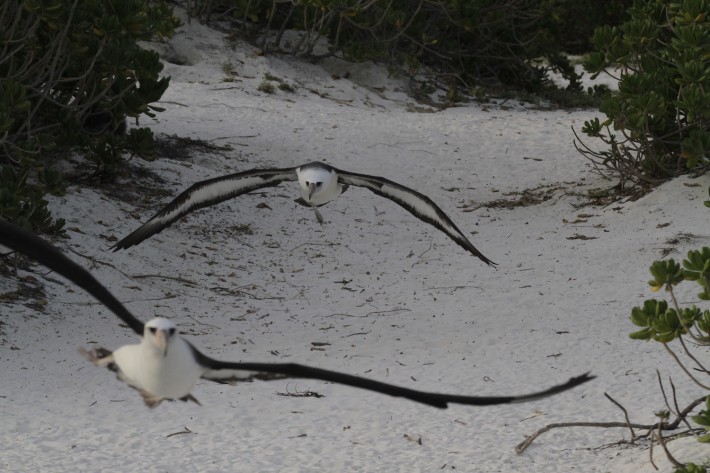 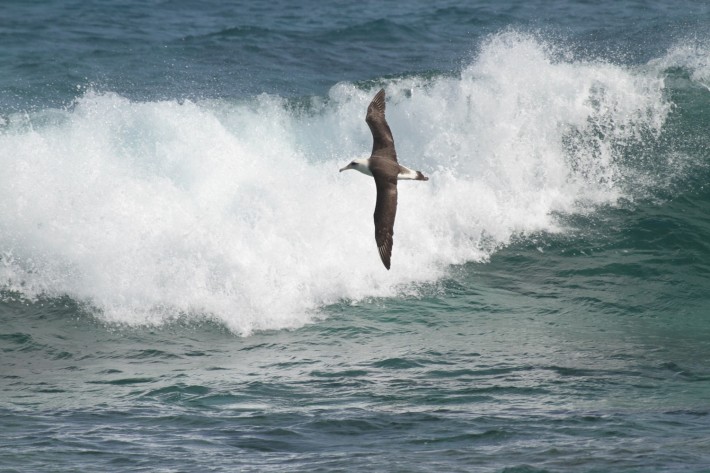 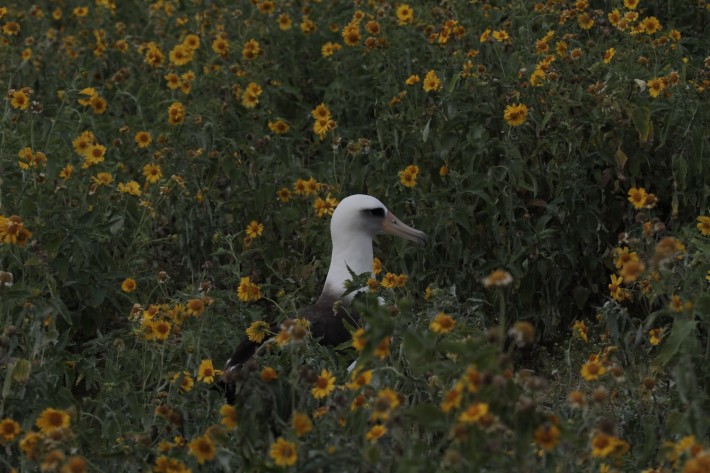 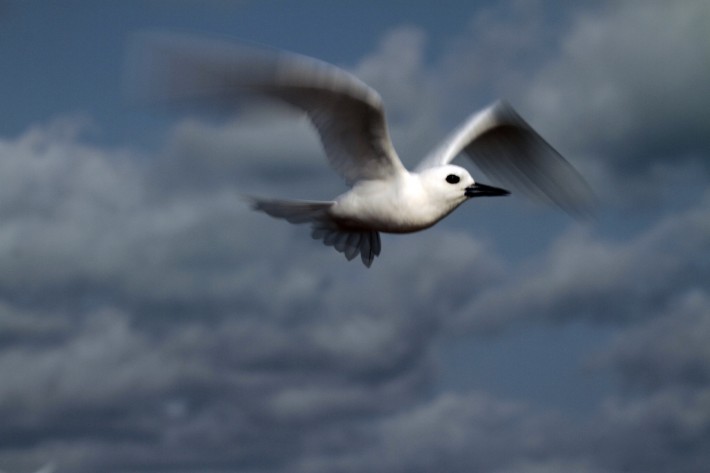 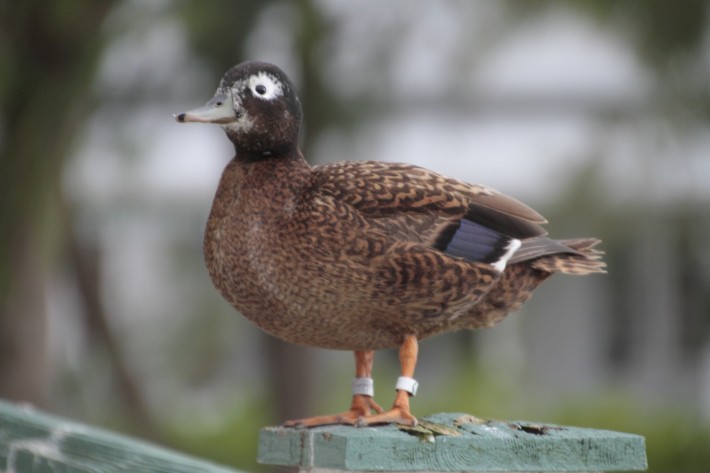 Then we were off to Kauai for a few days of R&R , better housing and less intense photograpy. 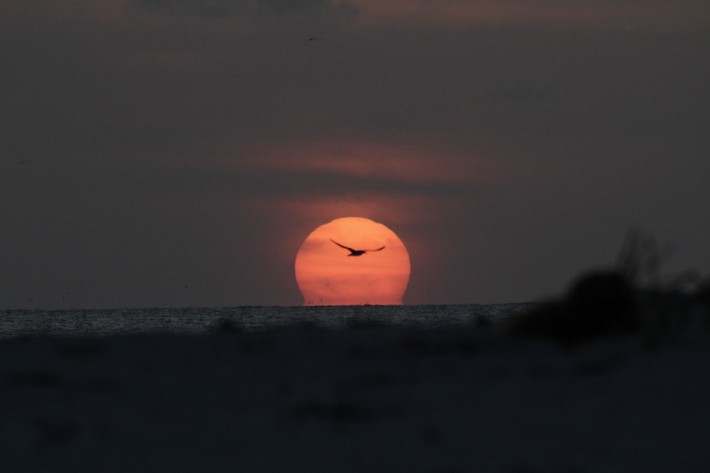