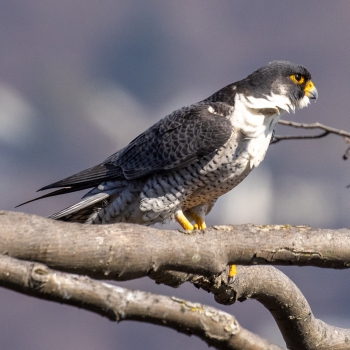 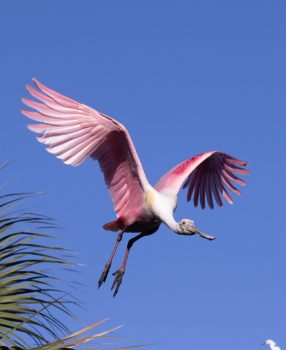 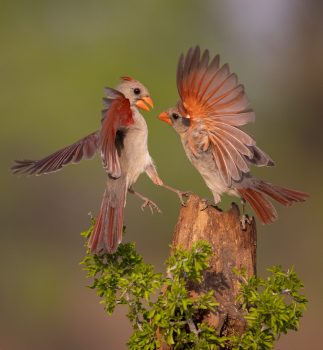 Pre-pandemic, in the spring of 2021 we were going to be in China. That of course got postponed and was replaced by a trip to Costa Rica (originally planned for May 2020).  When we moved our Costa Rica trip up to last November, a travel slot opened up.  On our  bucket list was a return to South Texas’ blinds and its birds.  So when trip to photograph Falcons in New Jersey came up a couple weeks before a South Texas opportunity, we jumped on it because it meant we got do both in one trip east. The timing left a week between sessions, and since we love the photographic opportunities at the Alligator Farm in St Augustine, we filled our schedule by spending 3 days there.

We did our usual review of the science and found that our way of traveling was still considered to be low risk: being outdoors with its strong ventilation, chasing wildlife that didn’t want to anywhere near people, and  traveling by air (we hadn’t seen any news of transmission on planes).  However, low risk does not mean no risk, and the nation was still on high alert 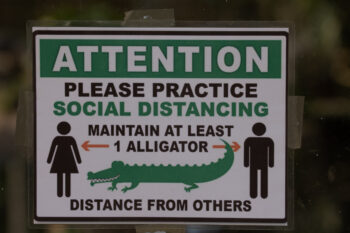 so we packed our masks, hand sanitizers and eye ball six foot rulers.  With these, and our first vaccination shot in our arms, we were off.

Our trip started in New Jersey chasing Falcons along Palisades cliffs above the Hudson River, then after a few days with Catherine’s son in New Jersey, we were off to St Augustine for the shore birds and then to McAllen in South Texas near the Rio Grande for the beautiful songbirds..

Our trip had a good mix of urban, marsh and ranch habits.  We started in New Jersey across the Hudson River from Yonkers and could see Mid-Town Manhattan from our site (and a lone falcon). 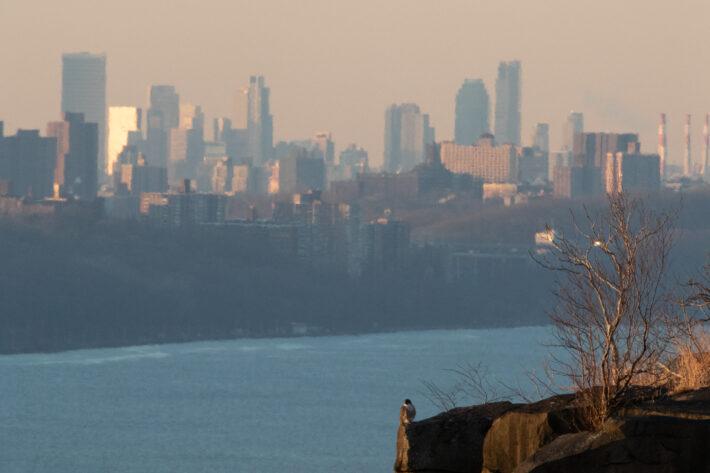 Then we moved on the Alligator Farm in St Augustien, with its birds nesting above an alligator infested pond and ended in the dry ranch lands of South Texas 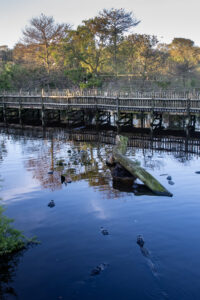 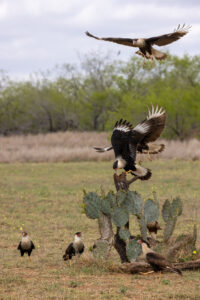 New Jersey had seen a significant snow storm just before we arrived so the falcons spent more time sun bathing on the cliffs than looking for food.  The result was the photo opportunities were sparse, 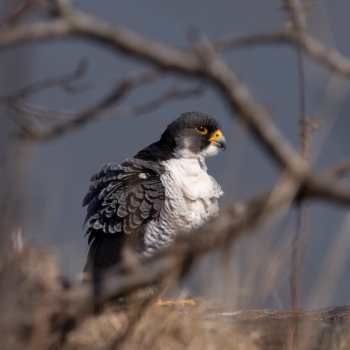 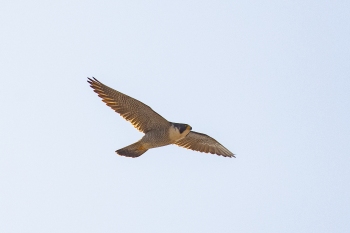 As a break from falcons, we drove 2 hours south to look for one of the most beautiful ducks around – the wood duck.  We found them, along with a lot of Canada Geese 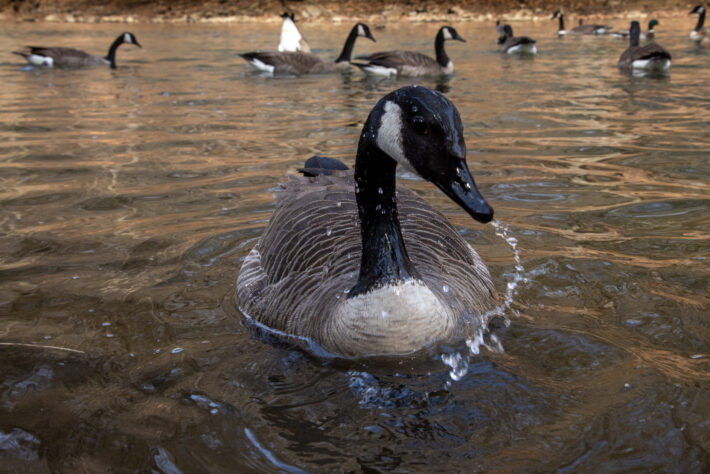 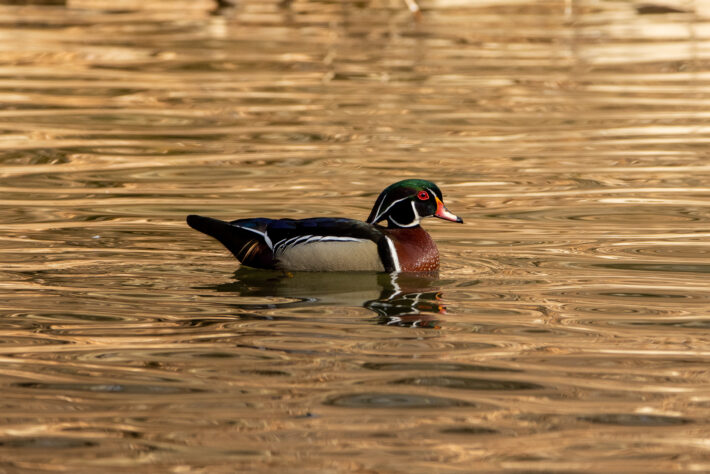 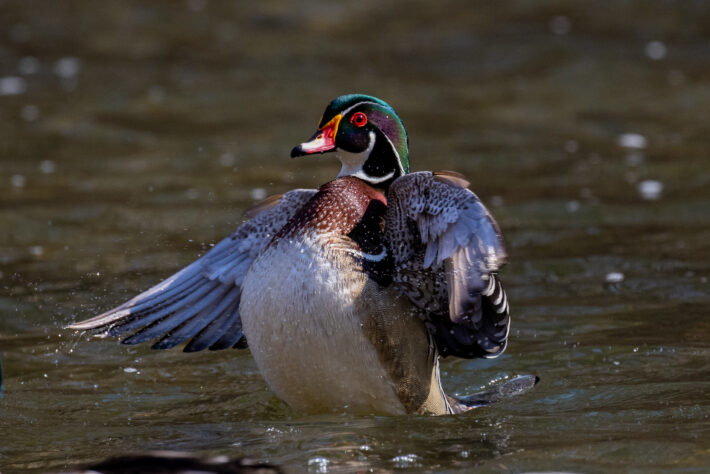 As Californians a real treat was seeing the Northern Cardinal.  This colorful bird is unknown in California but common in the New Jersey and Texas stops of our trip.  So while the locals yawned when they saw them, we went wild, and we lucky enough to see them numerous times 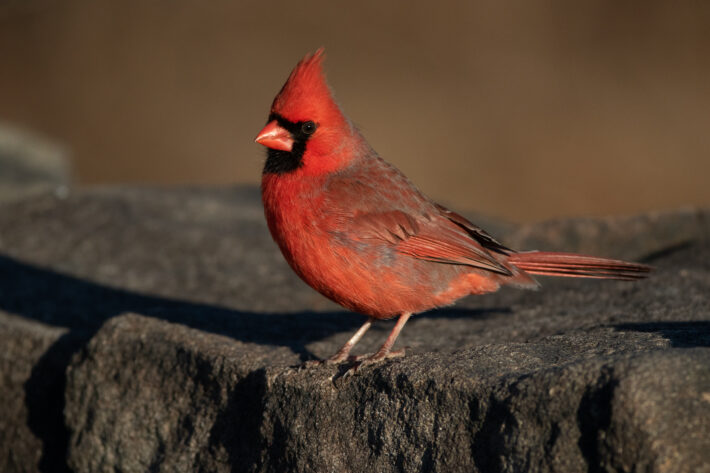 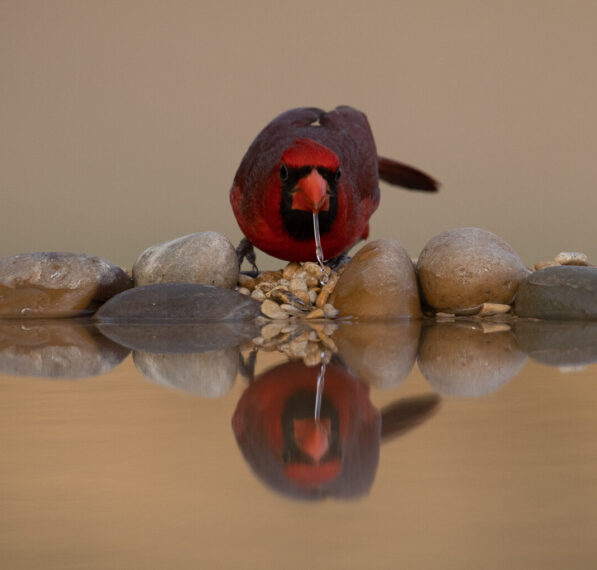 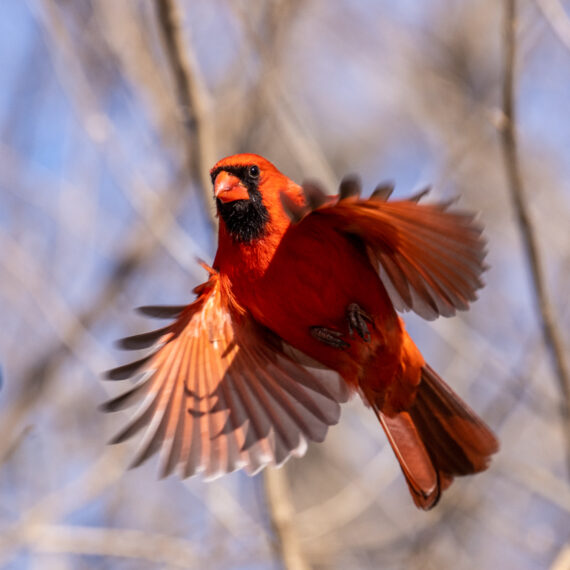 While it was warm for the locals, the sub 50 degree temperatures are cold for us California (who 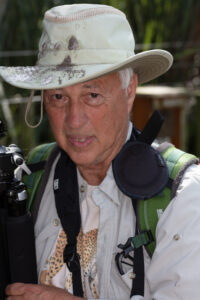 view as 50 degrees as down jacket weather) so we headed south for St Augustine’s Alligator Farm.  Despite its name and being a tourist attraction, it is quite a good place to photograph birds.  The alligators protect the nesting  birds from land based predators such as raccoons and snakes.  With a lot of tourists visiting the site the birds are also relatively used to people being around and will nest in the trees overhanging the boardwalk.  Which means an very import piece of clothing is a hat

We had been to the Farm a couple of times before but later in the season when the chicks were being feed.  At this time of year (Mid-March) the emphasis was on courting and nest building 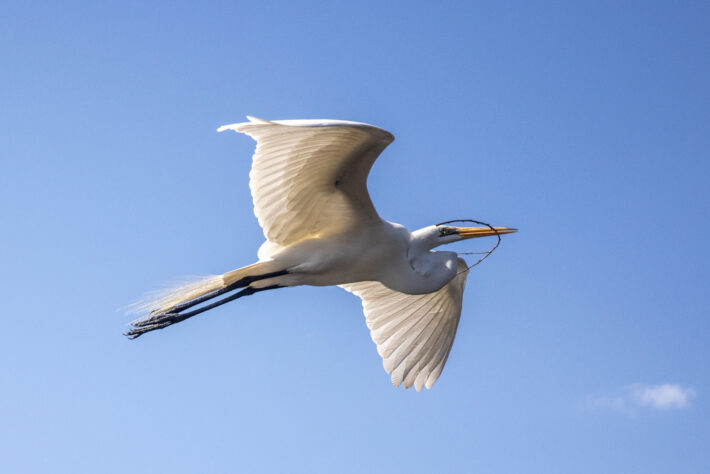 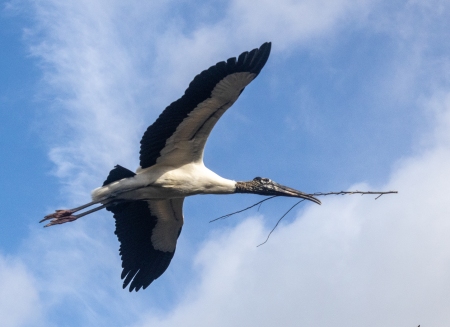 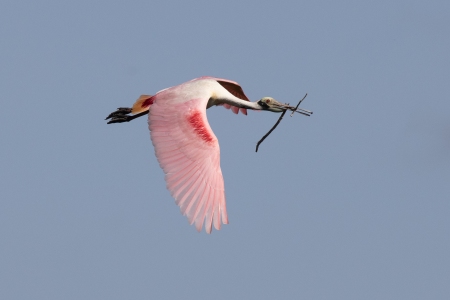 South Texas is pretty dry, so the combination of water and food where powerful  attractants for  the birds. 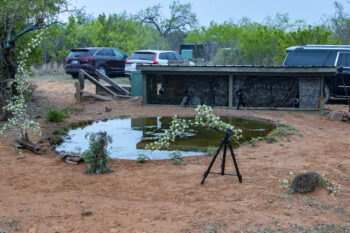 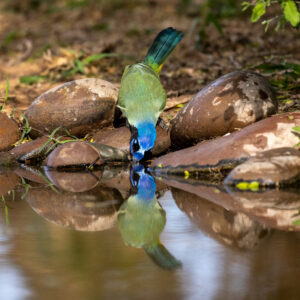 While the setup was attractive to the birds, they are still wild and skittish, so you need to be in a blind to be able to get them close.  While the blind may appear to be confining, it was reasonably spacious inside 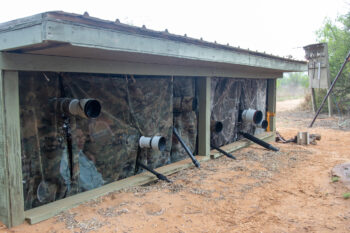 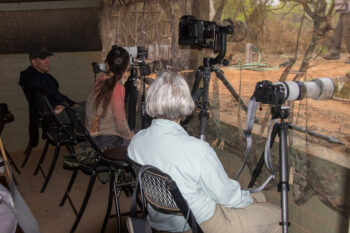 With food available but at limited spots, it would be expected that there would be territorial disputes between the birds at the food location. 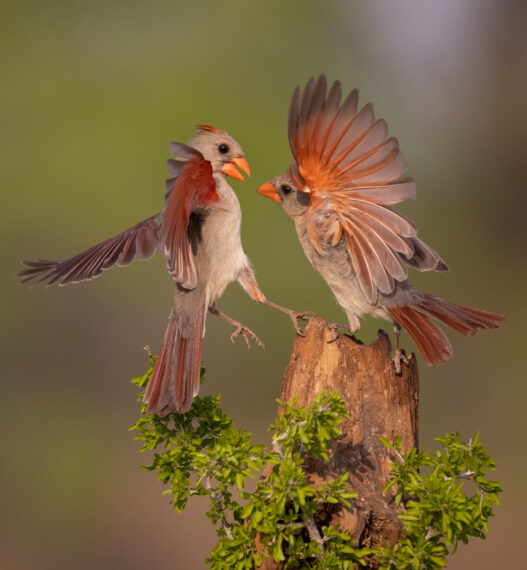 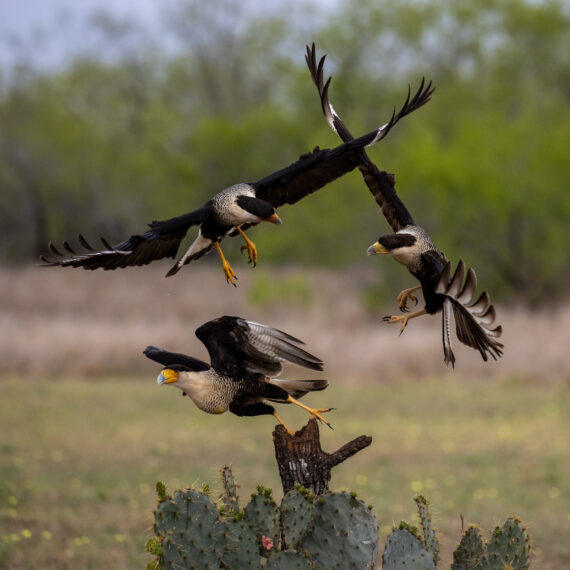 One bird that didn’t join the feeding frenzy was the scissors flycatcher.  It is called that because its long tail looks like a pair of scissors. 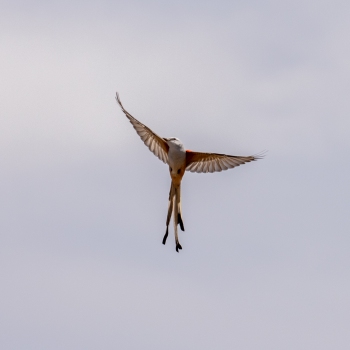 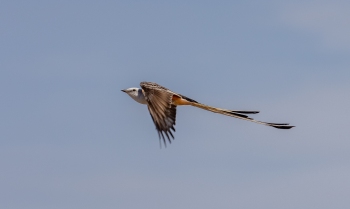 You could find them fairly easily sitting on the fences along the road but they were very hard to photograph, they were very skittish and every time you got within 20 yards of them they would move down the road.  And because they were insect eaters, the seeds at our blinds did not attract them.  But we finally figured out that if we stayed in our car we could get very close, and even use our wide angle lens 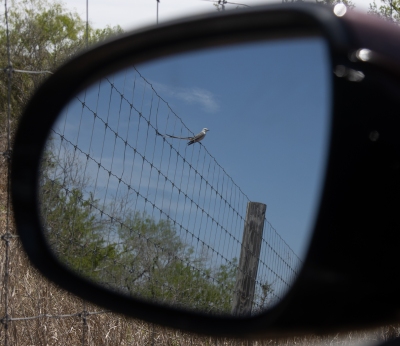 In addition to the small song birds, the ranch featured the Caracara, a bird of prey in the same family as our first bird of the trip, the peregrine falcon. 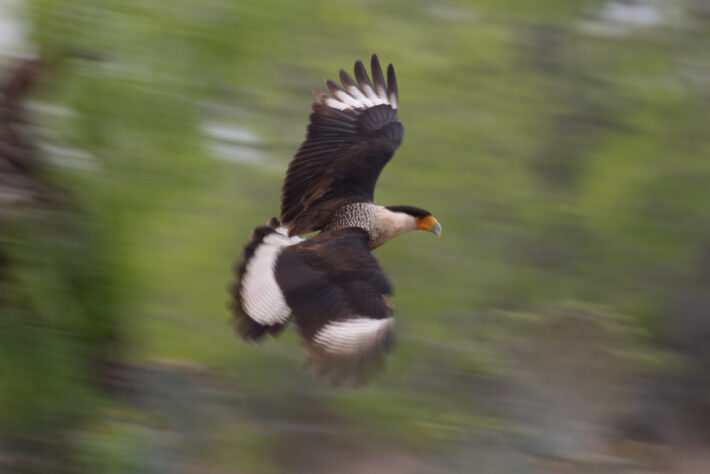 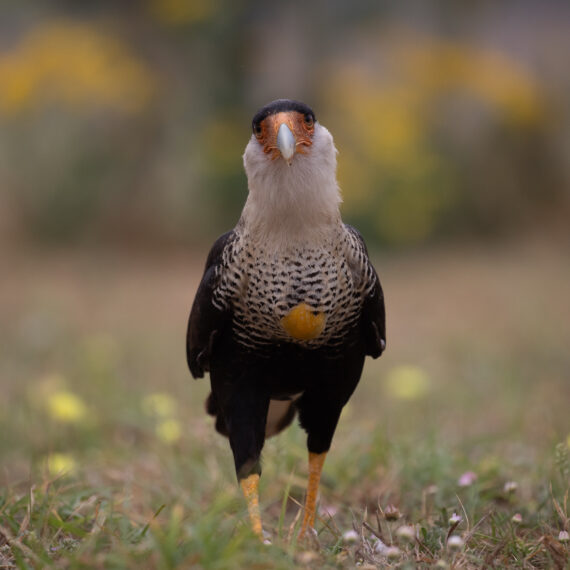 Overall it was a three week odyssey through the East Coast and the South, with many different birds, habitats, and methods of shooting