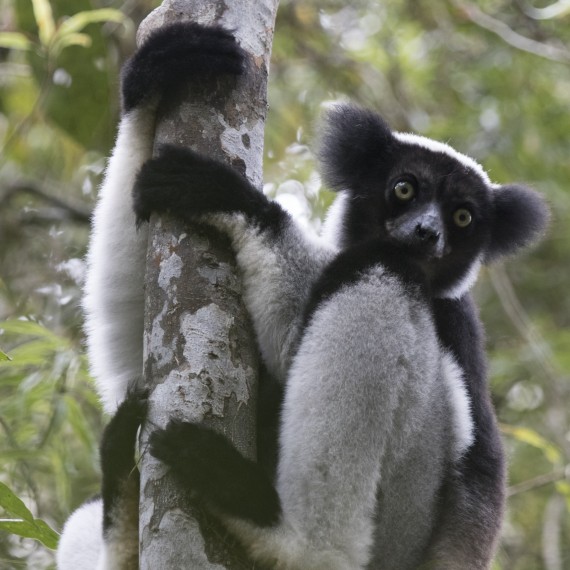 After a 3 day stay in the Kirindy Reserve we flew back to the capital and then drove for 3 hours to the Andasibe  area where we hoped to see the find the rare Indri, the largest of the lemurs. It is know for its spine-chilling howls when it communicates with its friends.  We were successful in our quest and experienced their howl upclose, personal and loud:

We were also able to track them down and get some close up shots without having to use our longest telephoto lens. 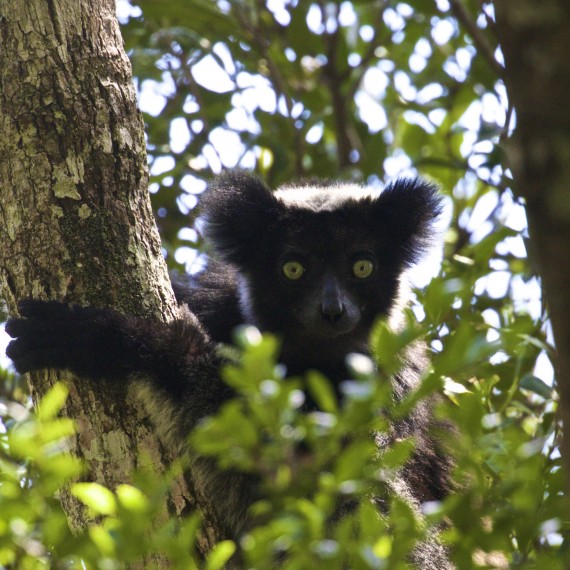 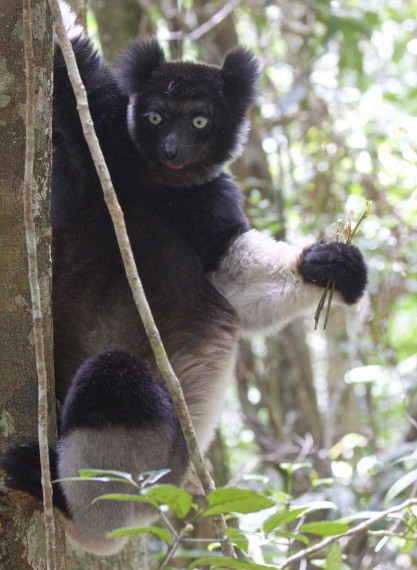 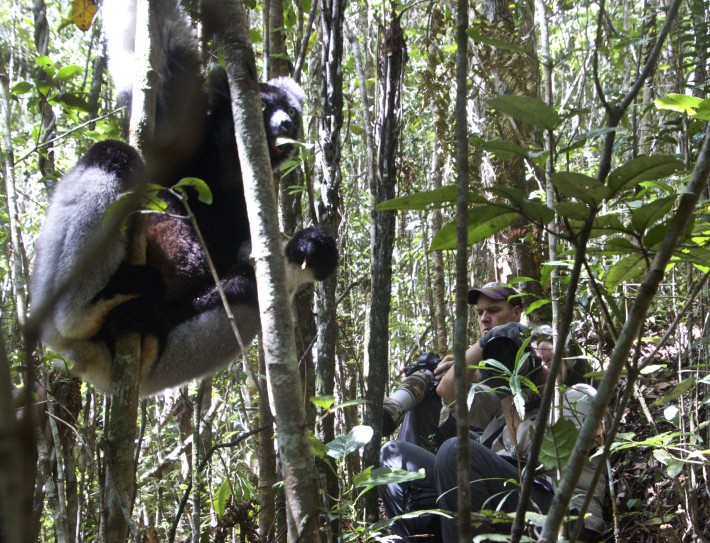 Our trip was in late October which is spring time in Madagascar. It was baby time and we saw our fair share. Most of were still clinging to their mothers but a few were starting to venture a meter or two from Mom. 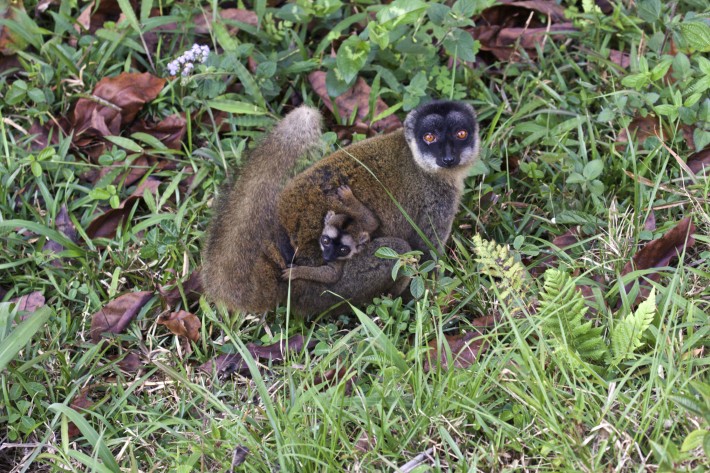 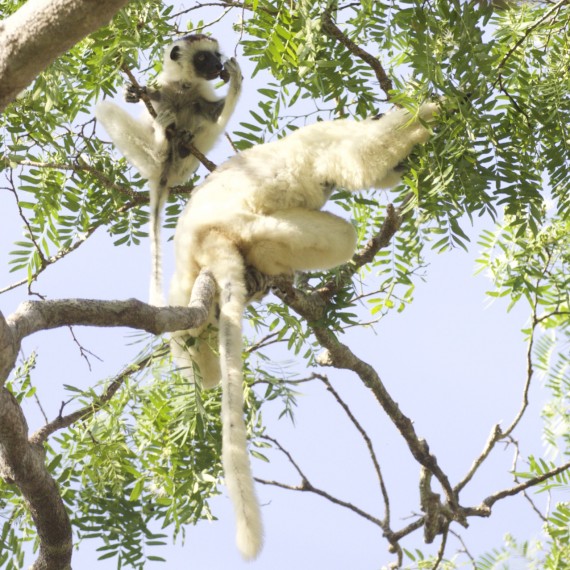 This area was a tropical rainforest, and as such the light was poor with few photographic windows but we were able to get more shots of lemurs in the trees 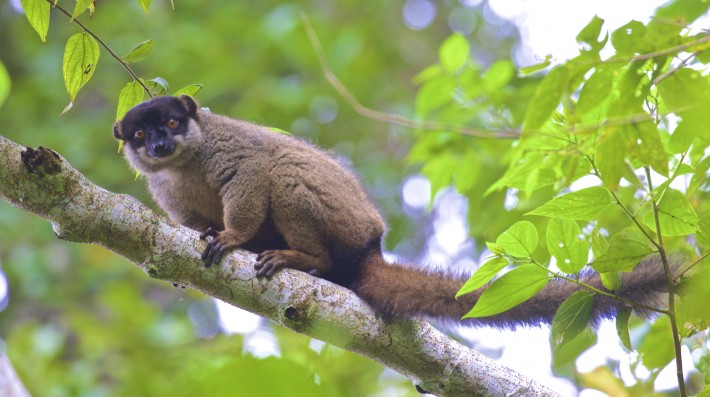 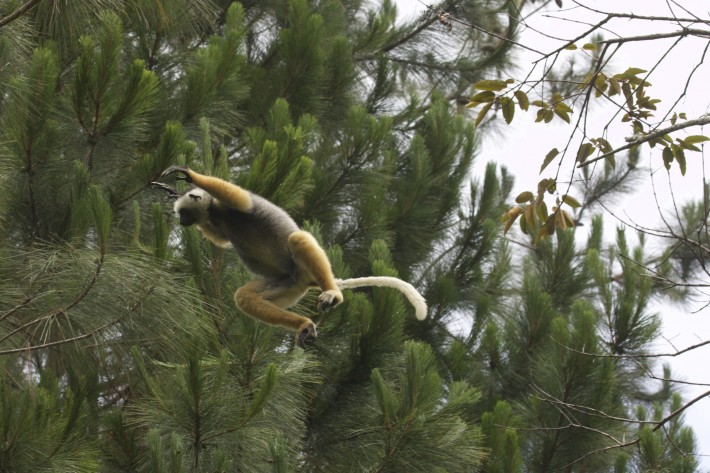 After several intra county flights on Air Madagascar, it was clear it was not your usual airline. Like many other airlines its labor relations are poor but its union struck early this year not over pay but over “poor governance and mismanagement”. For example the schedule is not set until 10PM the night before. We had one flight change from 4:30PM to 10:30AM overnight.  And while its enforcement of its carry on policy was inconsistent like most airlines, your options for dealing getting around its stated policy  included paying off the enforcing employee. And that option had to be exercised.