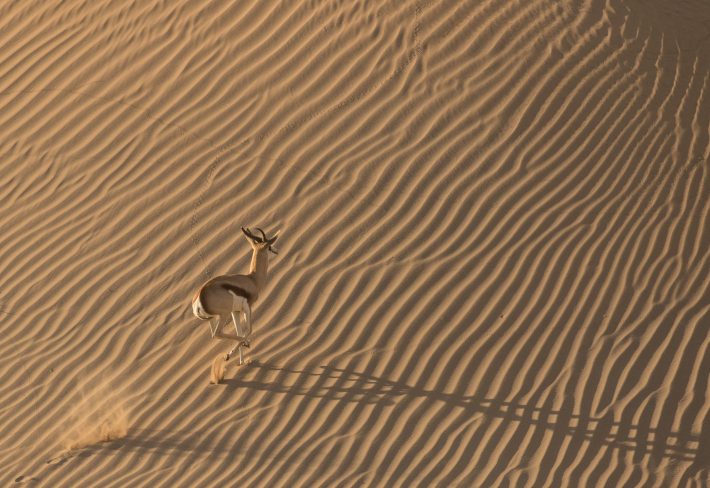 On the last part of our trip to Namibia we concentrated on its wildlife. We went at the end of the rainy season, with the hope of cooler weather and animals near Namibia’s accessible water holes. One of Namibia’s advantages as a wildlife destination is that being largely desert the animals concentrate around the water holes. But nature threw us a curve ball and it had rained in the last weeks before our arrival. Well, the animals disbursed and were hard to find. Numerous times we arrived at water holes and found no animals, and worse no tracks indicating any recent activity.

But disbursed doesn’t mean none and we were able to find many. One common one was the Oryx (Gemsbok) who are both magnificent and clumsy at times. 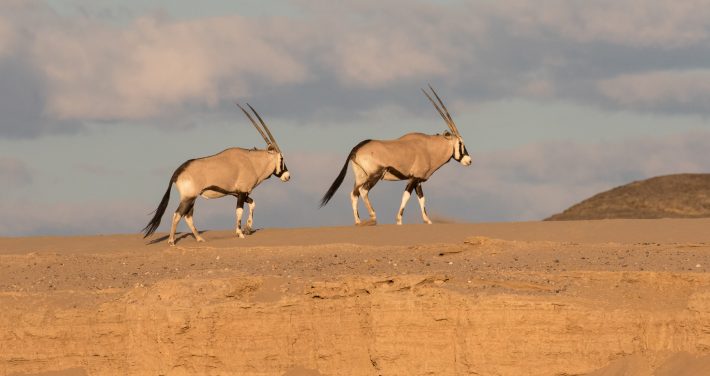 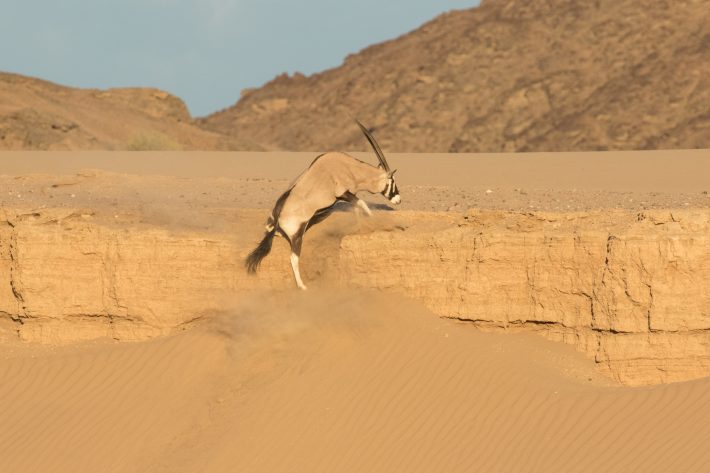 In the desert the breeding season is not as well defined as in other ecosystems and we saw a lot of jousting for superiority and/or breeding rights like these male Oryx and Zebra. 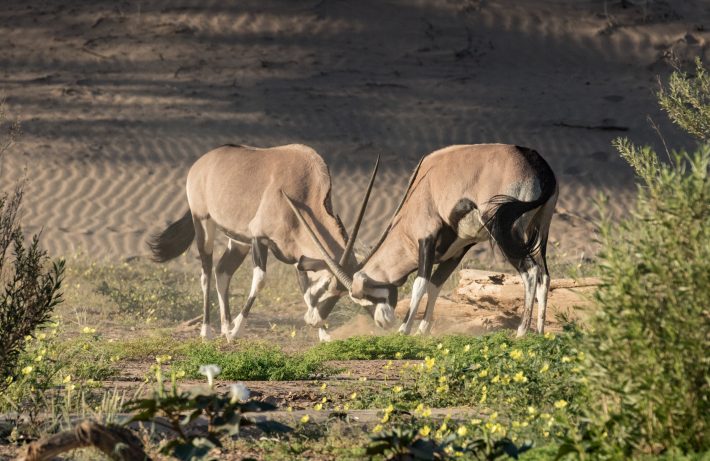 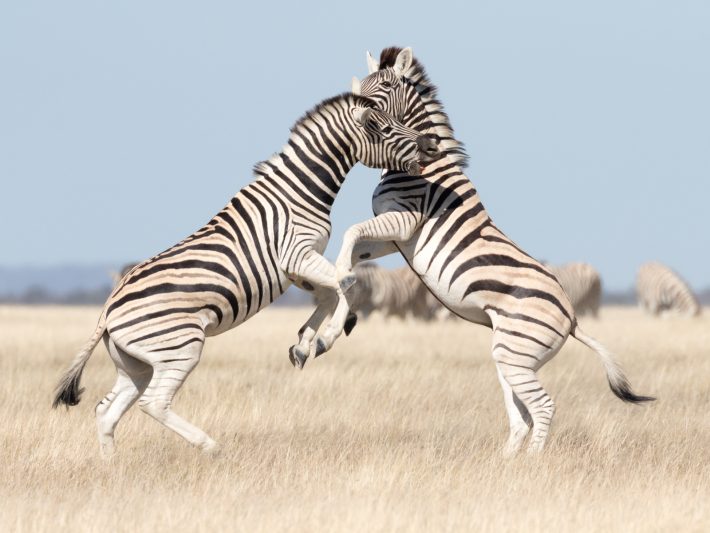 When giraffes joust it is called necking because they hit with their necks. While it appears they are operating in slow motion, these are large beasts and their actions deliver a powerful blow. This was not a fight to the finish, but it was for real and took over 10 minutes. 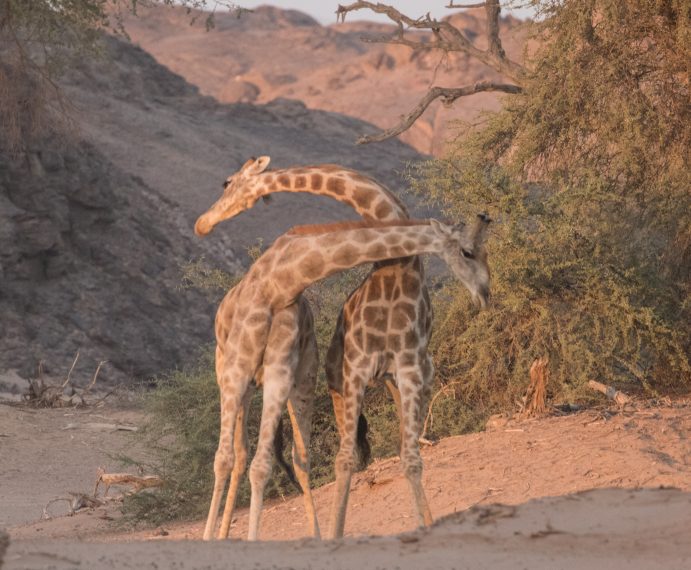 Of course a stop action photo can’t capture the full impact of the giraffe’s interaction as the below video can.

When they left us, it was unclear whom the victor was.  In contrast these springbok took it up hot and heavy,

and when it was done it was clear whom the victor was. 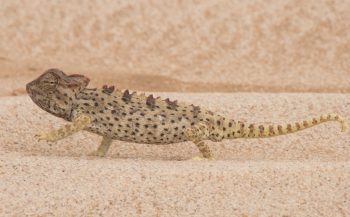 In fact it took less than 30 seconds, as you can see here in real time

The desert is famous for its venomous snakes and we saw more than our fair share (i.e. more than zero). This puffer adder may look close but a 400mm lens compresses perspective well and Jon was a very safe distance away. 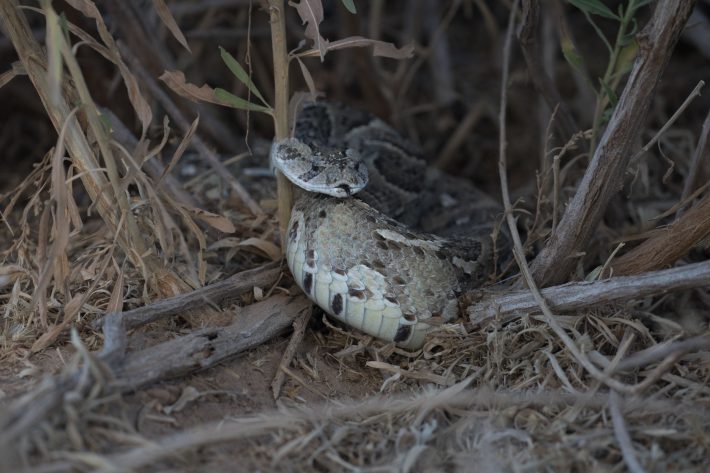 We also saw a spitting cobra which thankfully was facing the other way as it contemplated how to climb the tree in front of it. And when it decided to go up the tree, it did it with surprising ease. 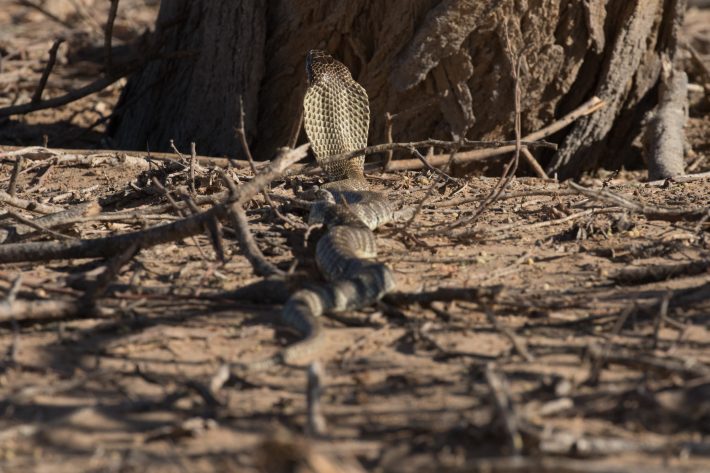 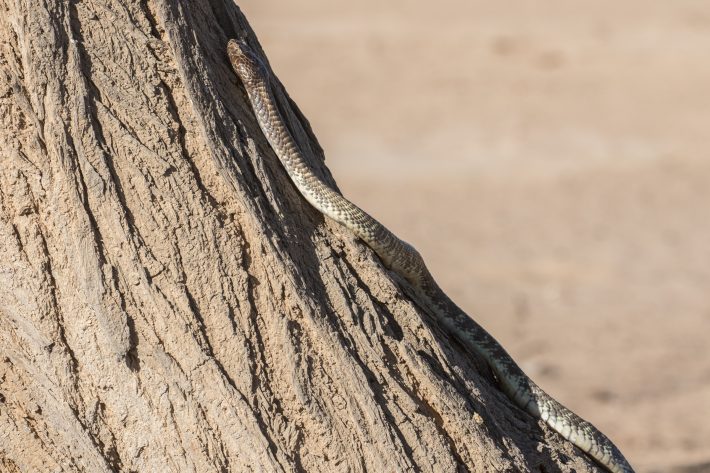 With the animals disbursed as much as they were, we saw only a few sleeping lions. They really were not worth the pixels or time to photograph them. But we did see a fair number of Springbok antelope flying around. 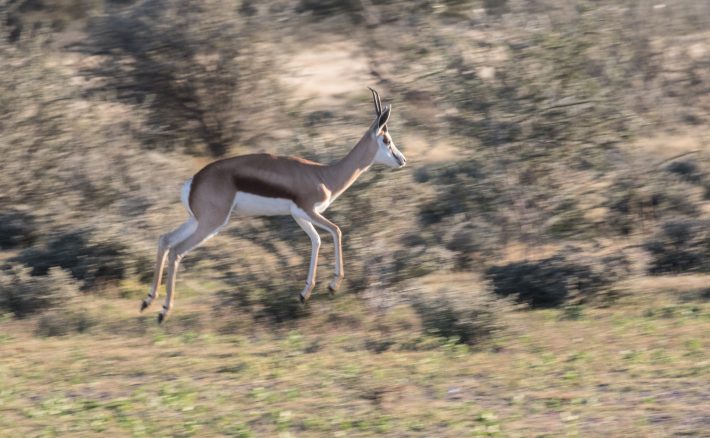 On the way to the desert we stopped in Walvis Bay and were able to add the African White Pelican to our pelican collection. 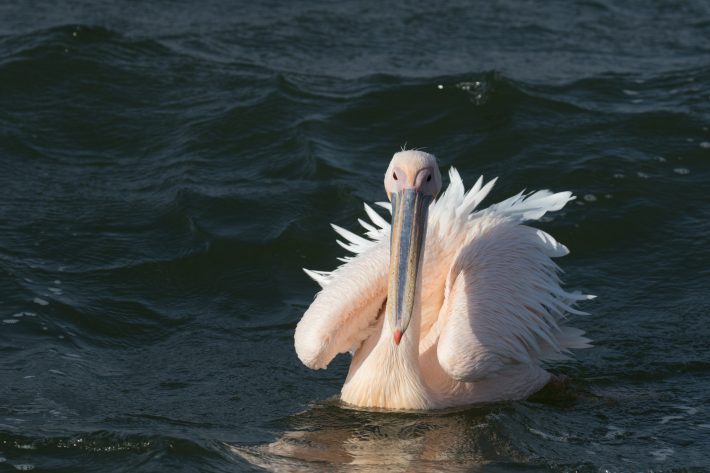 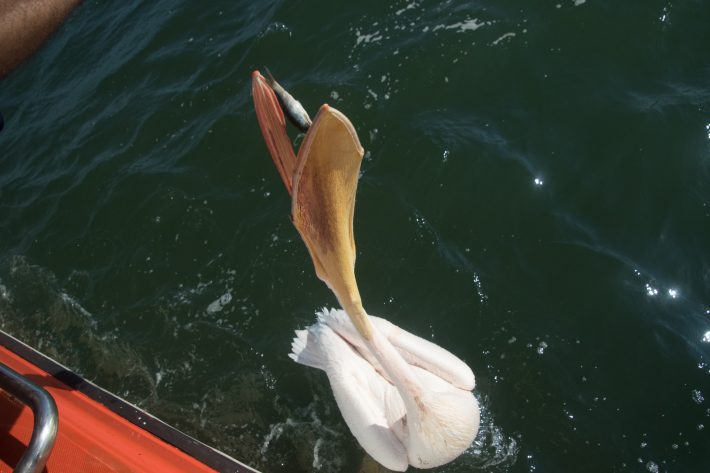 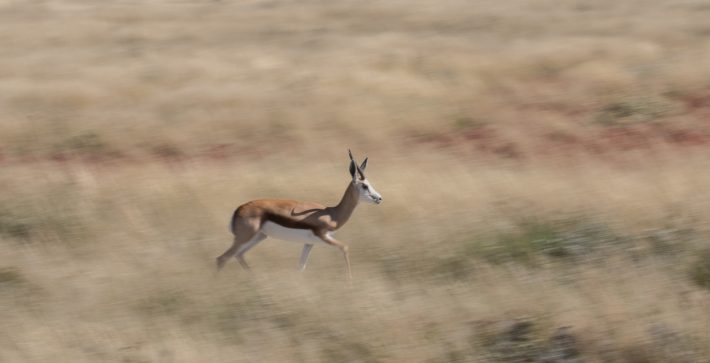 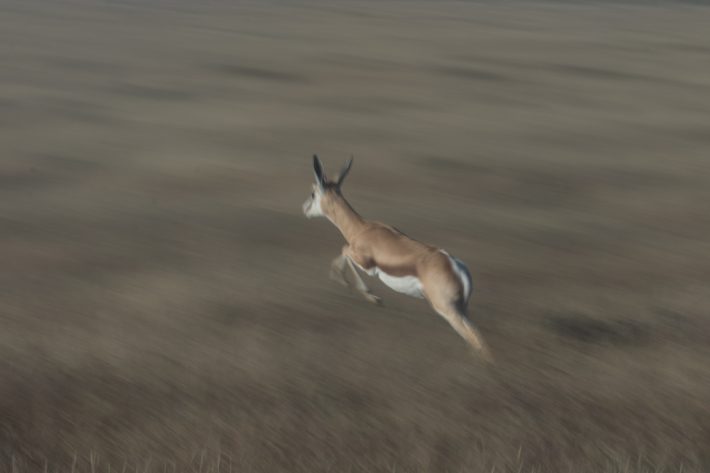 There are two bad things about having to end the trip. One was having to leave Namibia with its wonderful landscapes and wildlife. The other was having to face the long long trip home, with 6 flights ranging from 40 minutes to over 15 hours. While the trip was worth it we still looked forward to getting home and sleeping in our own bed.