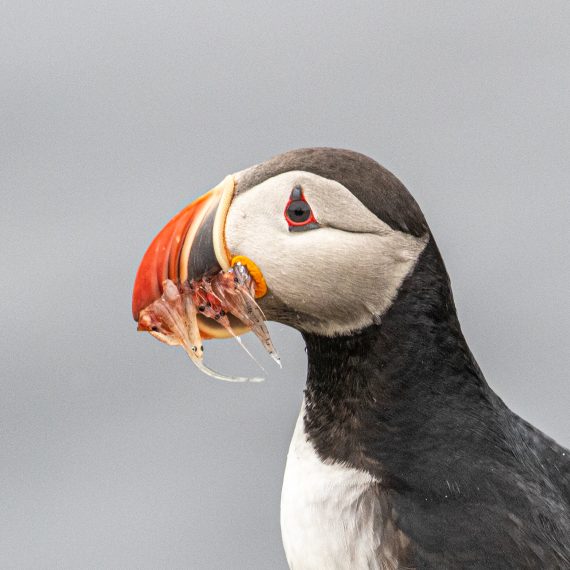 After spending a productive week in the Farne Islands in England photographing puffins (see report here) we headed to Grimsey Island north of Iceland for the second half of our puffin adventure.  Grimsey is about 24 miles north of the Iceland coast and only accessible by ferry.  The island has around 100 residents and most important to us, a million or so puffins. 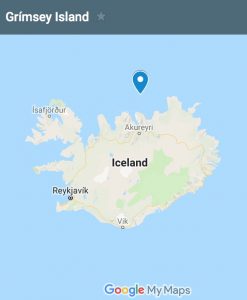 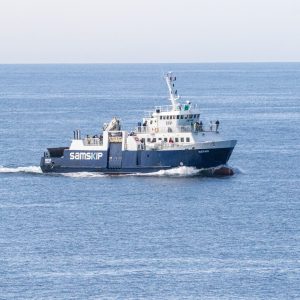 The biggest difference between the Farne Islands and Grimsey is that on Grimsey the puffins build their burrows on the cliffs rather than on the flat like in the Farnes. 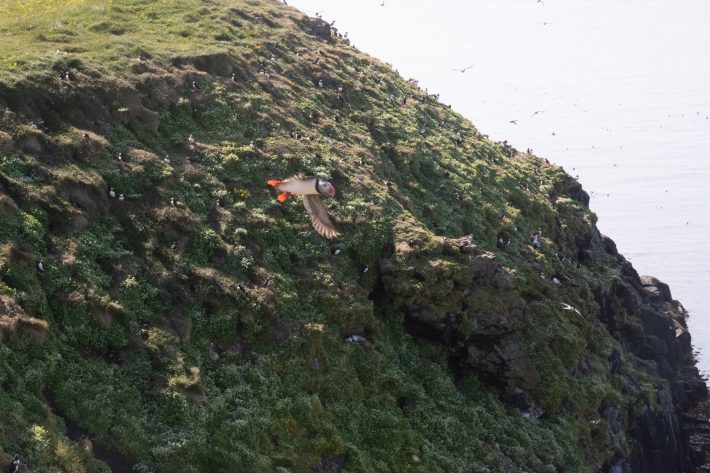 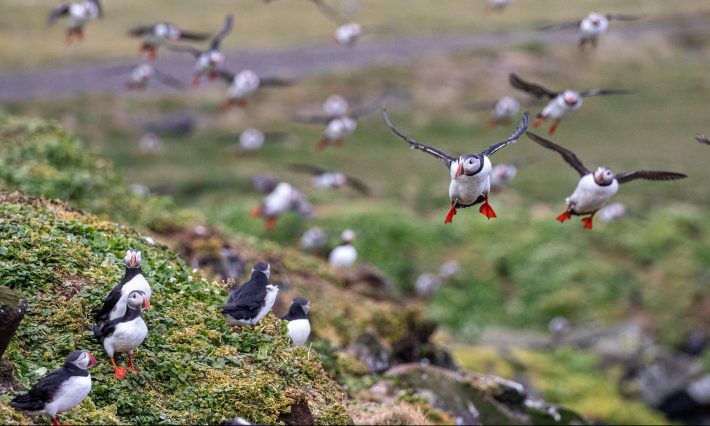 This means no gulls attempting to intercept them returning with fish, which improved their success ratio and enabled them to linger on the cliffs for pictures.  Many times they would pose for us, the record was 15 minutes which meant everywhere from environmental portraits to head shots. 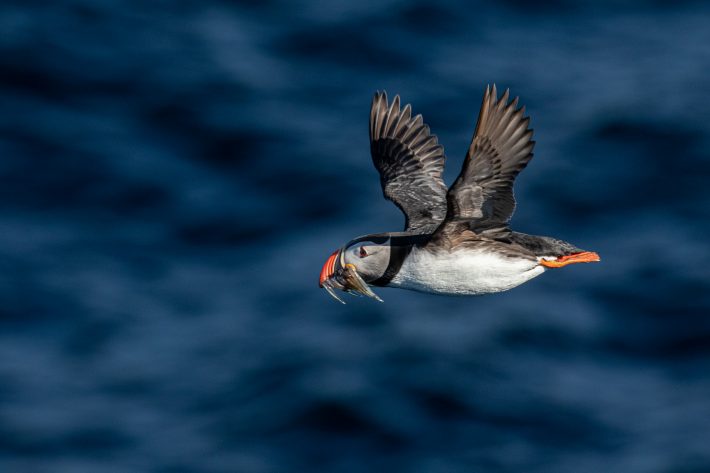 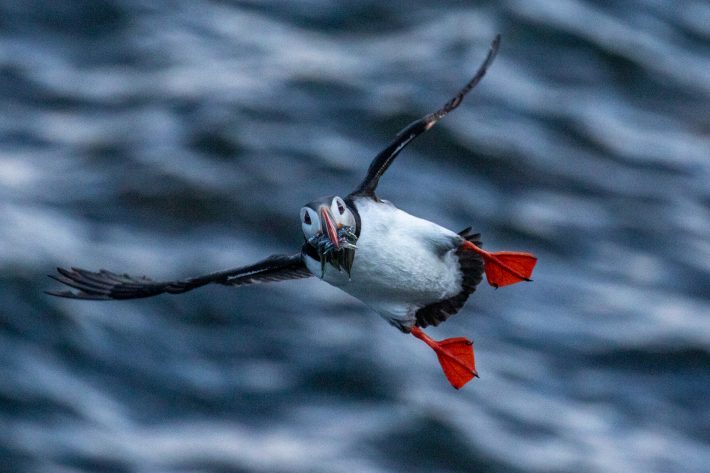 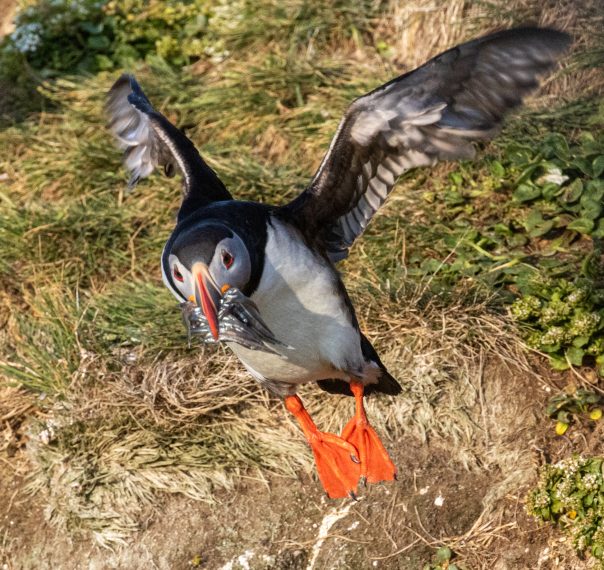 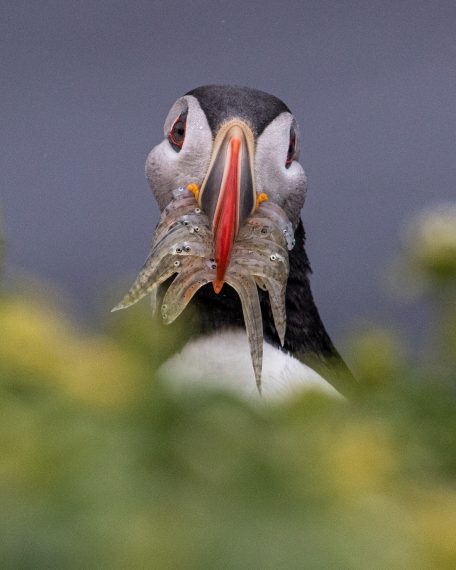 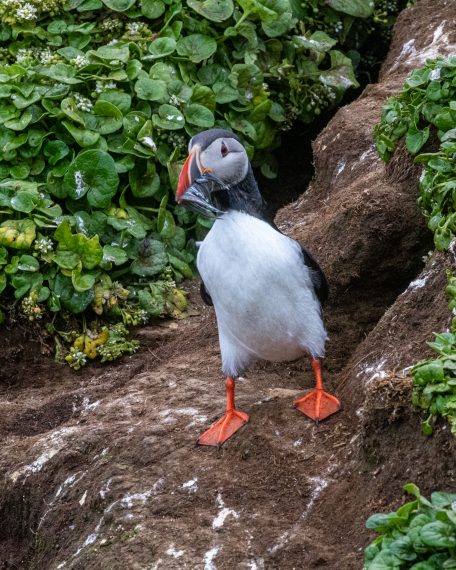 On Grimsey they also like to eat krill. Krill are small, shrimp-like crustaceans about 2 inches in length.  They live in the high latitudes of the Arctic and Antarctica regions and are the main staple in the diets of literally hundreds of different animals, from fish to baleen whales to birds such as penguins and puffins.

This one enjoyed a “mixed grill’ of sandeels and krill. 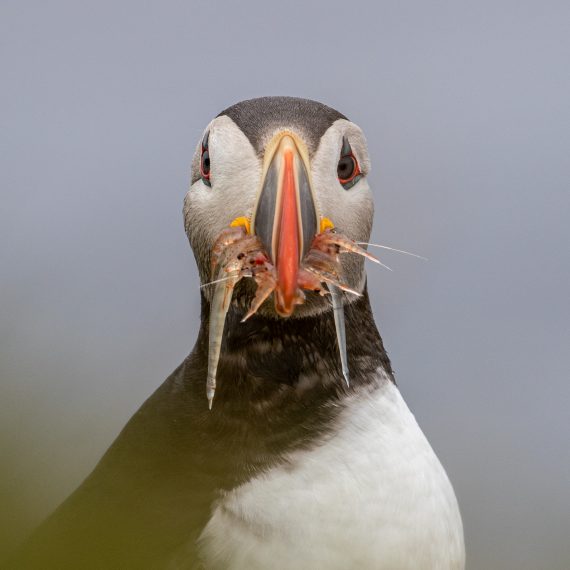 Grimsey is a relatively small Island of only 2 square miles (1,300 acres) but it drawfs the Farnes 5 acres.  This enables the Arctic Terns to spread out and not to nest where people walked.  But that didn’t mean they were any less aggressive, to us or each other. 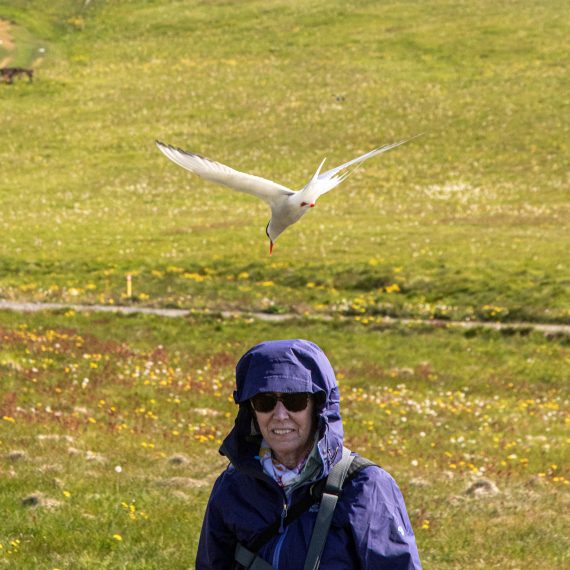 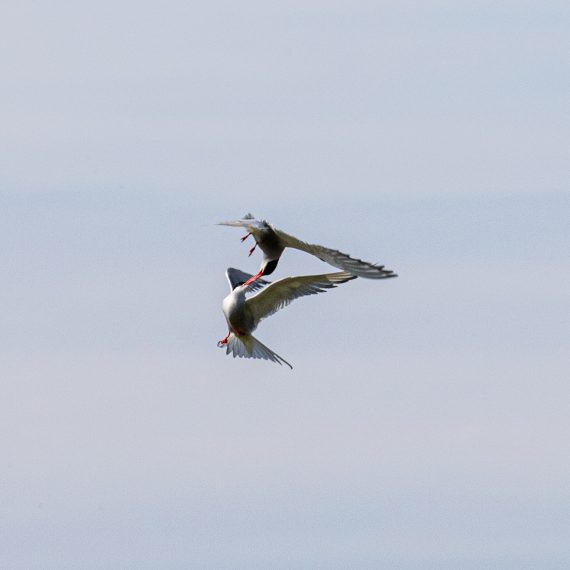 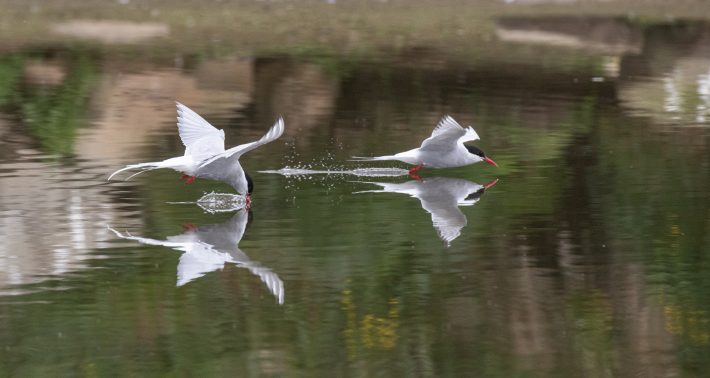 and take baths.  When they were through with their baths, they would fly away and shake their head 180 degrees to get rid of the water. 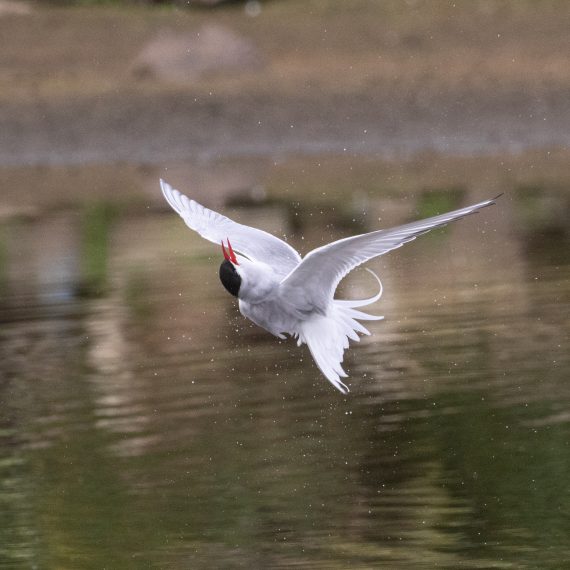 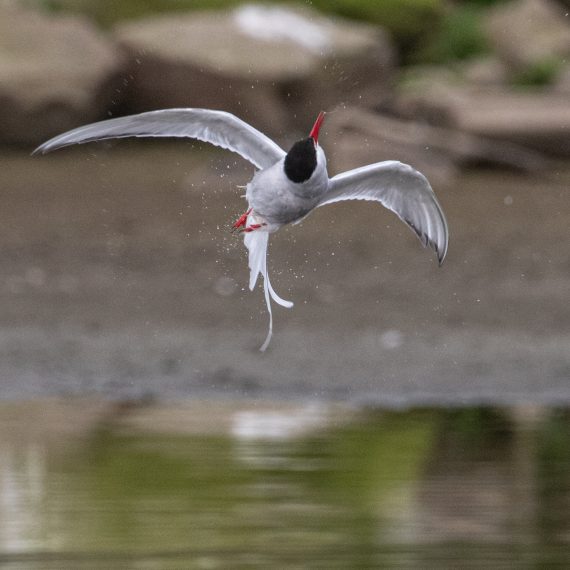 The sandeels are a favorite food of many of the birds in the area, including the Razorbill. 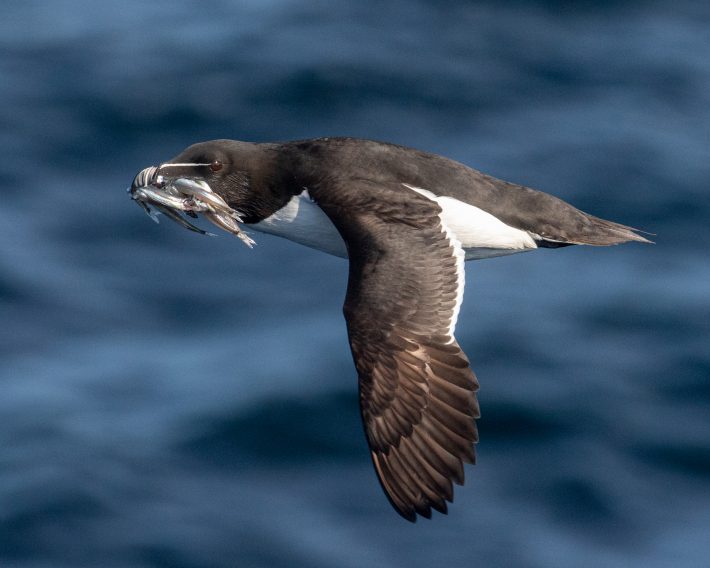 Between our time in Farne and Grimsey we did some R&R in Reykjavik, Iceland where in addition to resting we photographed 3 iconic structures of the city: 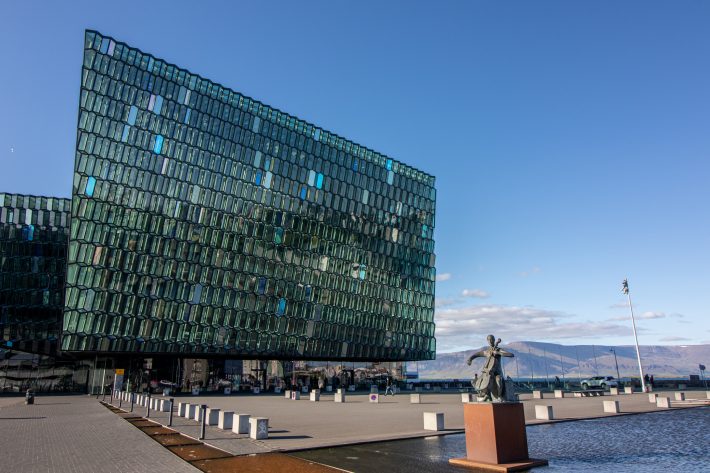 Sculpture by Jón Gunnar Árnason, an ode to the Sun 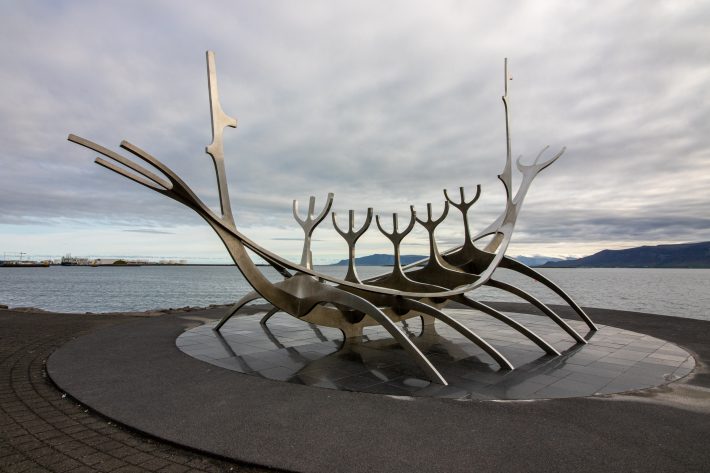 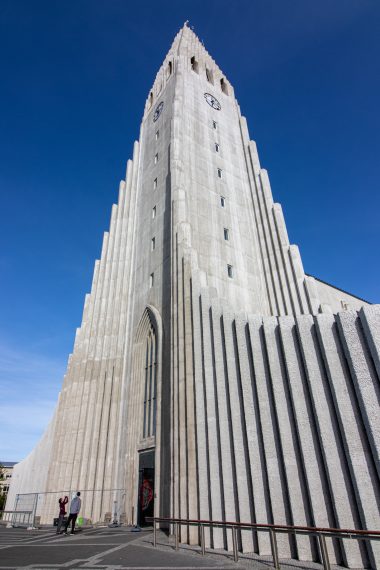 The Arctic Circle runs through Grimsey, and the time between sunset and sunrise was less than an hour while we were there, so the term  midnight sun literally applies. Here’s what it looks like (actually taken at 11PM, but I am not an night owl). 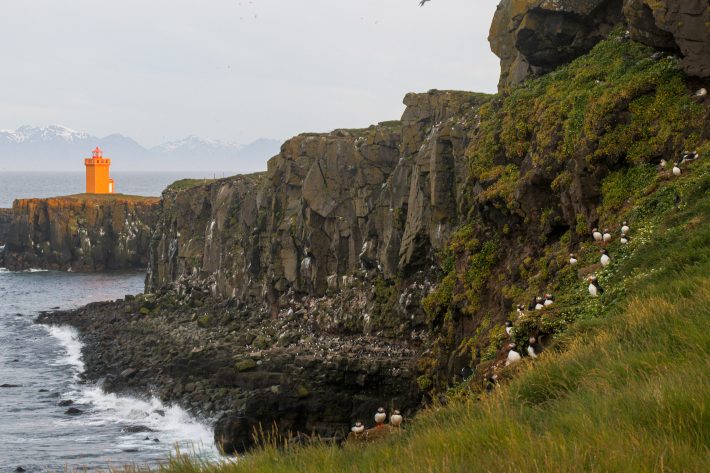 Our trip was a success as we got many wonderful pictures of those cute puffins.  While we did probably overdose on them it was not enough to rule out a possible return. 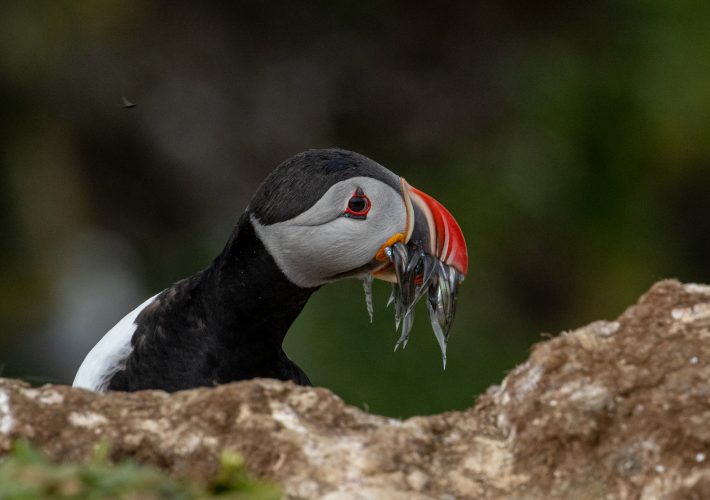