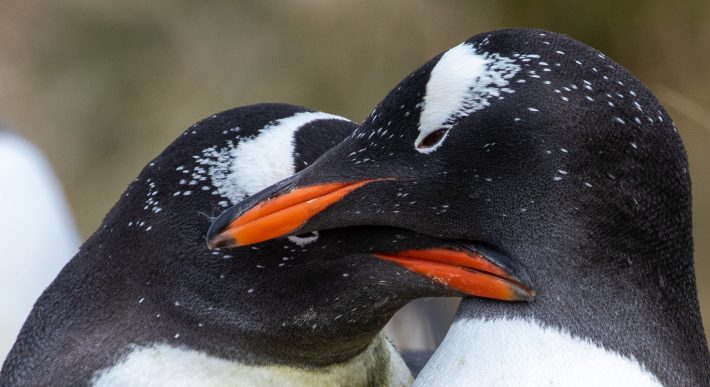 The main attraction of this year’s trip to the Southern Ocean and its polar regions was the island of South Georgia, where we hoped to get a fix for our penguin obsession.. It is not an island south of Atlanta, but an island approximately 1,200 miles east of the Southern tip of South America. 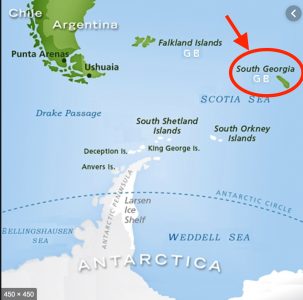 We started our trip by visiting the Argentina side of Patagonia.  See here

South Georgia’s major attraction is that it has the best concentrations of wildlife in the entire sub-Antarctic region. That means lots of penguins.  We went in South Georgia’s spring, hoping to arrive before the fur seals take over the beaches making landings problematic, and before the snow melted.  We were successful on both counts and we had good shore access and lots of snow-covered hills. 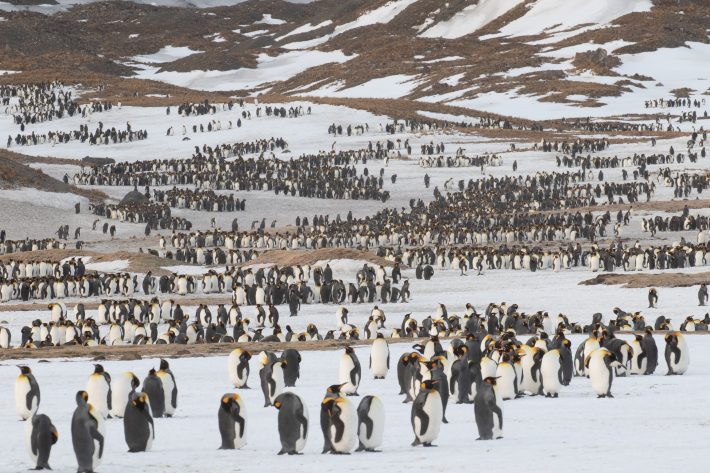 We understood we were the first boat to South Georgia for the season, so we were surprised to discover at our 3rd landing that another boat had beaten us to the island.  It was a 60 foot sailboat whose passenger spend the night on the beach, and who were kayaking along the South Georgia coast. 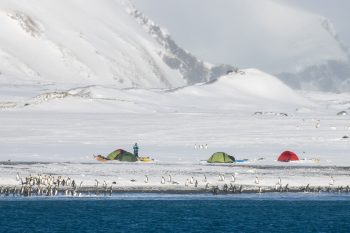 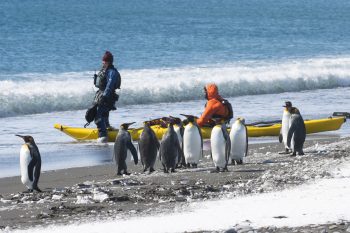 The penguins were as cute as ever 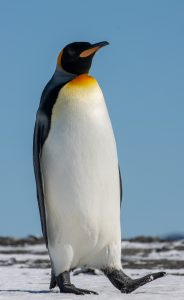 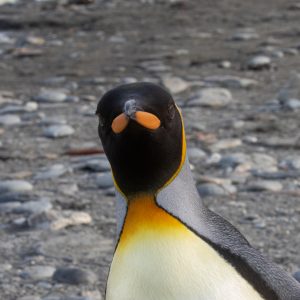 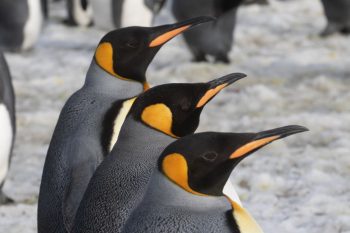 And numerous.  Despite being early in the season, populations were good, and conditions crowded for the birds. 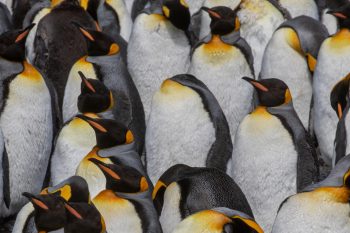 Penguins are flightless but great swimmers.  They forage for food many miles at sea.  When out at sea they spend most of their time under water, with a good deal of time on the surface and a little time above the surface as they porpoise across the water. The reason for this behavior is unknown but it believed one reason is to confuse predators and also it is a fast, though energy intensive, way to travel. 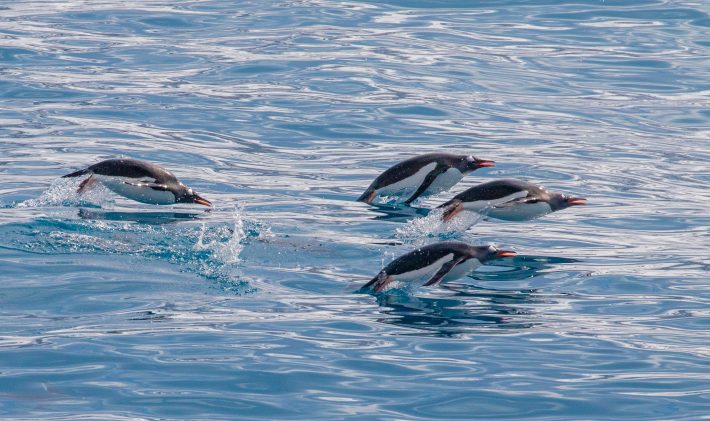 One of the times the penguins look best is when they come out of the water, and the sun shines on their shinny feathers. 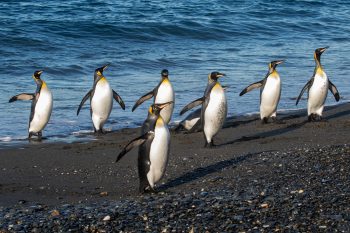 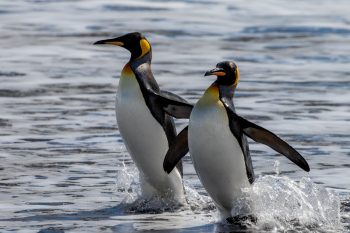 We saw some icebergs. While not as impressive in size or numbers as Antarctica’s, they were nevertheless beautiful, and reminded us we were deep into the polar region of our world. 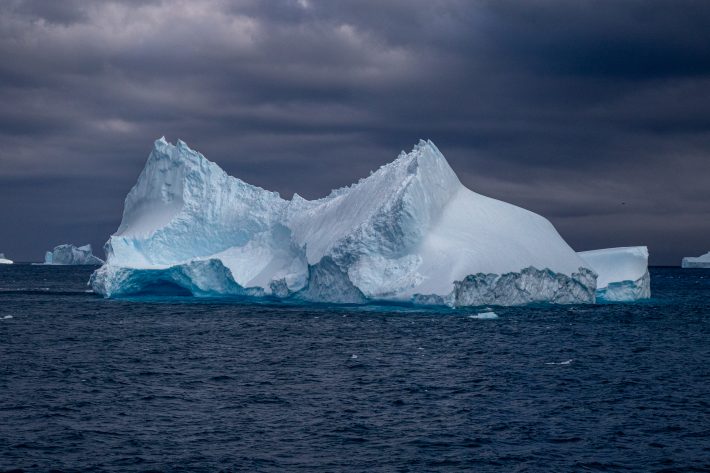 While small by Antarctica standards, they were still impressive 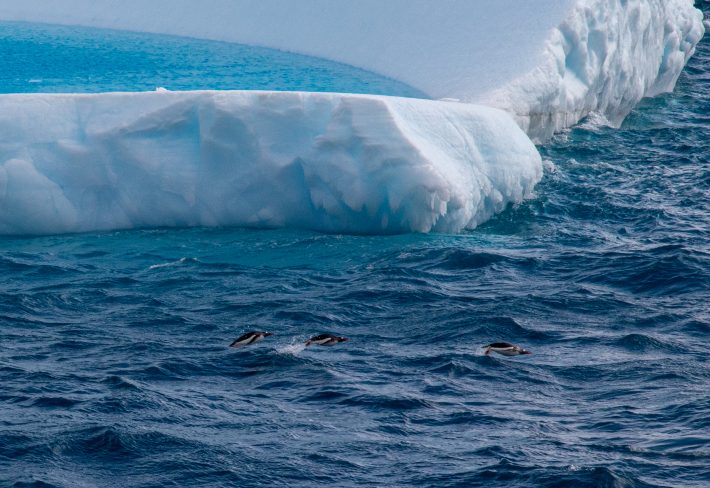 Though South Georgia was formed by the earth’s plates running into each other, and not volcanos, this cloud formation might make you think otherwise. 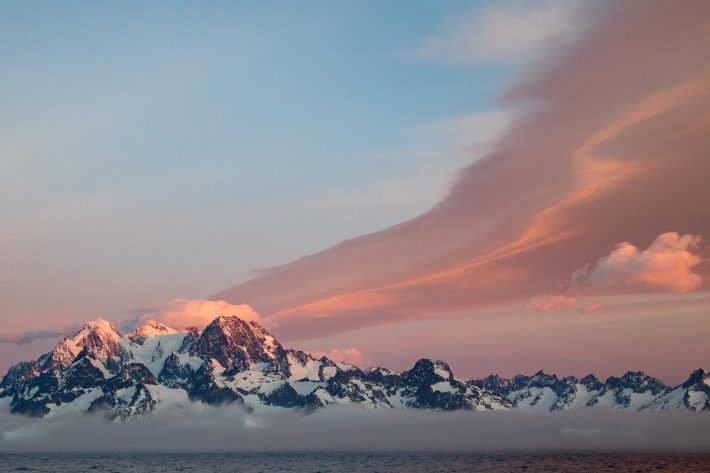 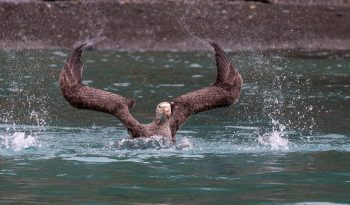 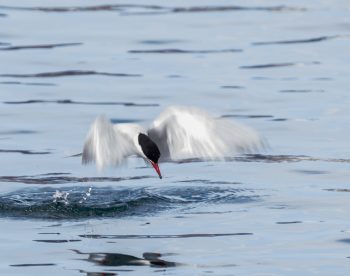 With a face only a mother could love, elephant seals were in abundance 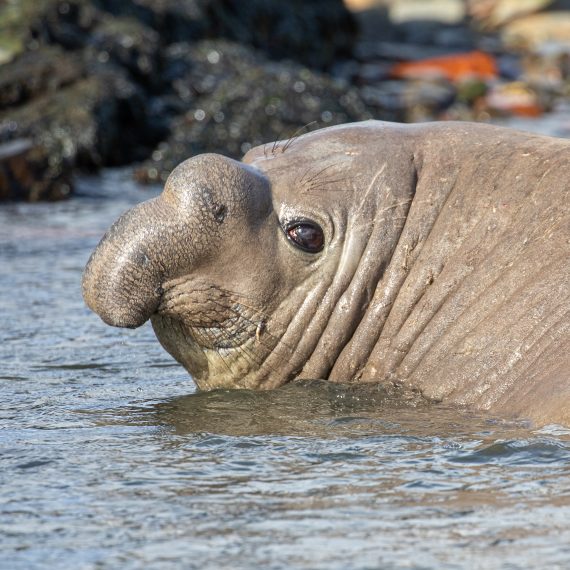 They occupied large portions of the beach 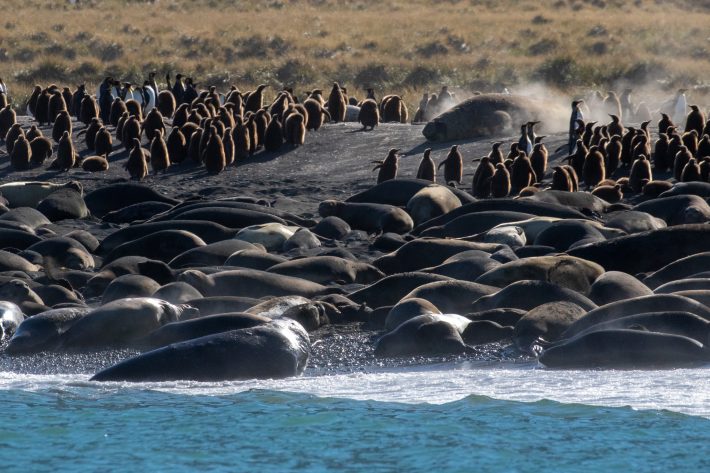 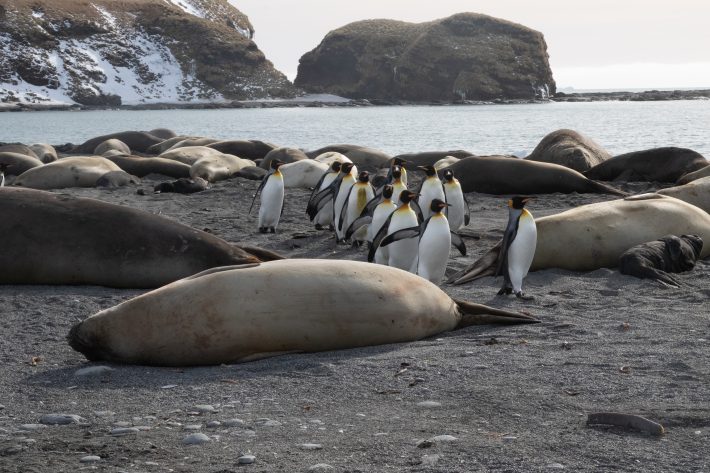 This video captures the essence of South Georgia  (and a great elephant seal fight):

Our next stop was the Falklands for 3 days before heading home.  Our report of that part of our trip can be found here.

Falklands and Crossing the Drake