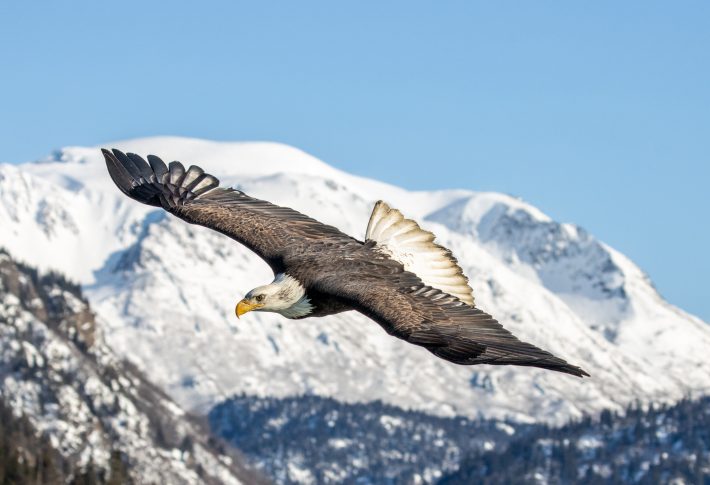 We went to Homer, Alaska nearly March 2020.  Homer is southwest of Anchorage, and besides fishing boats, ice and snow 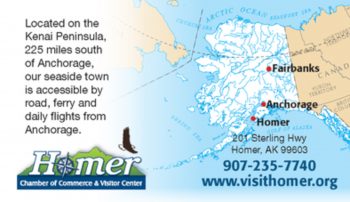 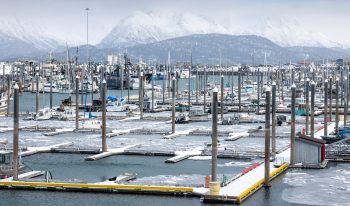 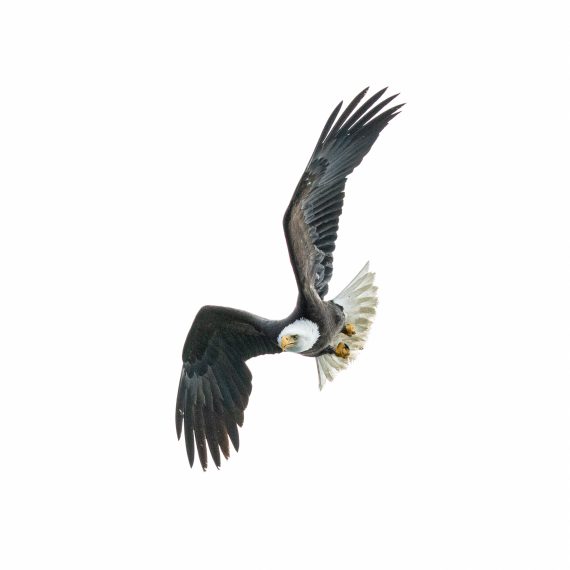 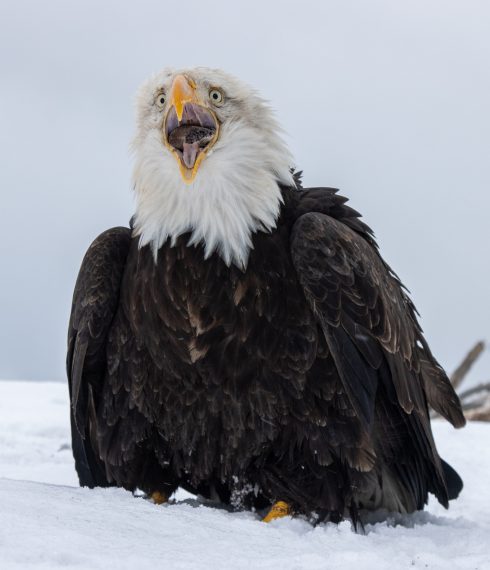 Eagles are one of our favorite birds to photograph because they fit our criteria for best birds to photograph – they are big, slow (relatively) and colorful.  We had been Homer back to 2013 to photograph bald eagles, and since that time had  photographed Golden Eagles in Bulgaria, White tailed eagles in Norway and numerous eagles in Africa.  But we had never been back to Homer. So this March we decided to return for an encore, and we weren’t disappointed.

Eagles like to eat, and they enjoyed the fish we threw them whether on land or sea 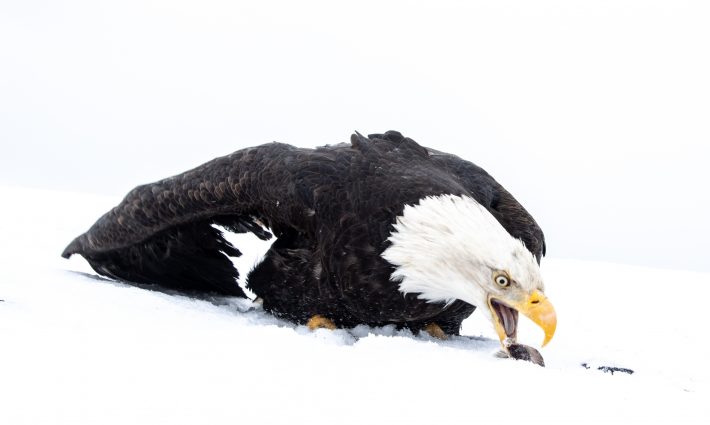 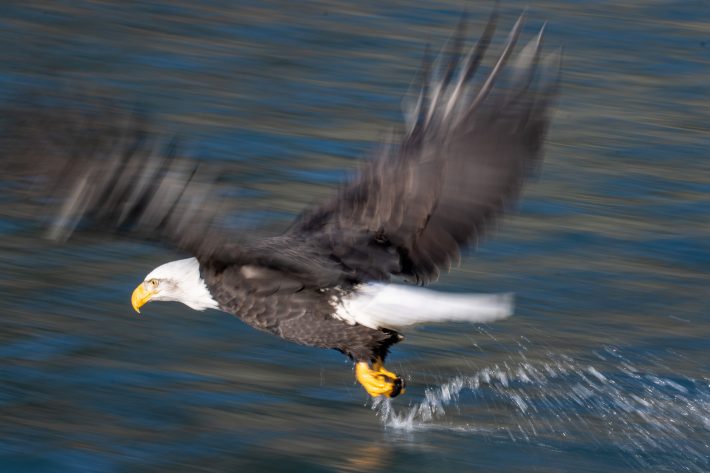 And when someone else got the fish, they moved in quickly to separate the bird and the fish.   Here one eagle attacks another to get them to drop their catch 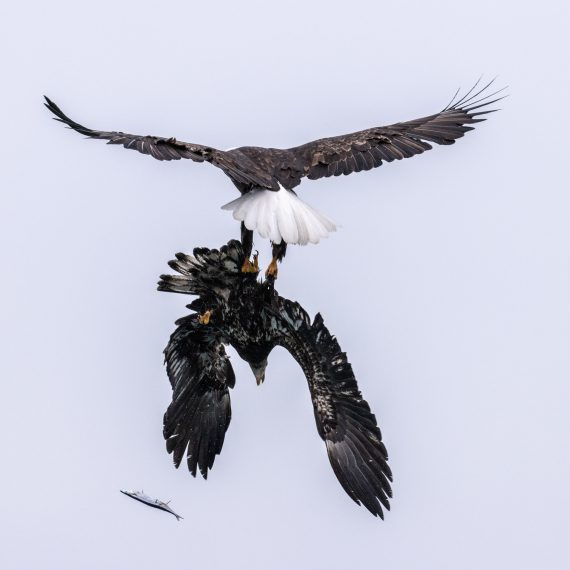 Unfortunately for the attacker, a third eagle picked up the fish before he could get to it.

Eagles can be shy 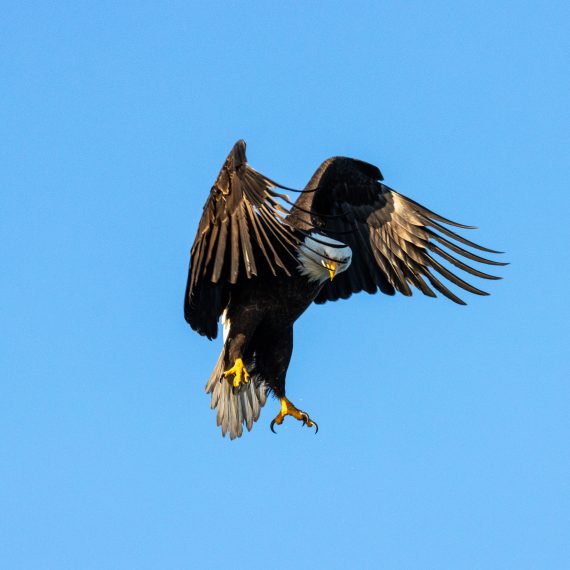 But are very focused when getting their food 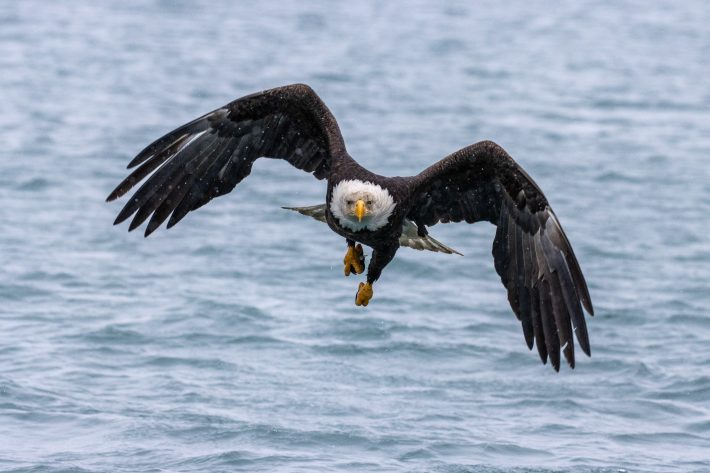 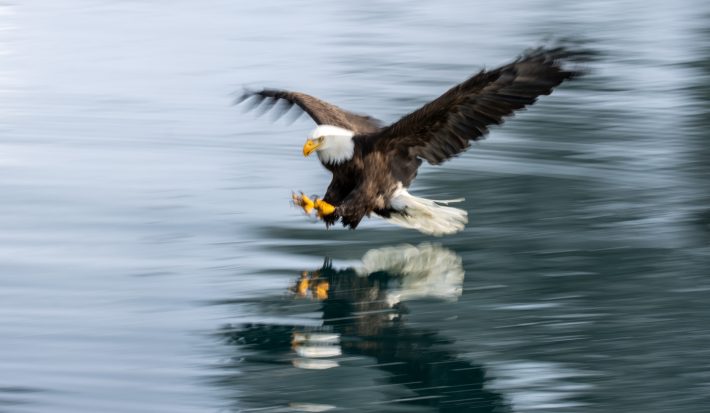 Here you can see them in action

An added bonus were the mountain goats and otters we saw. 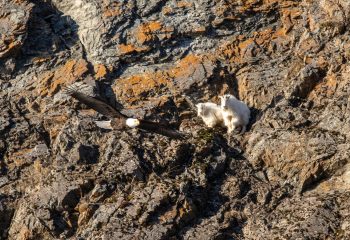 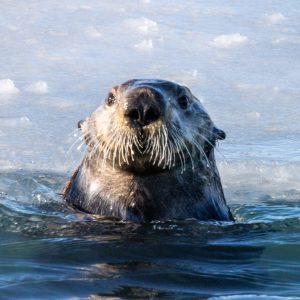 But at the end of the day it was the eagles who were the show. 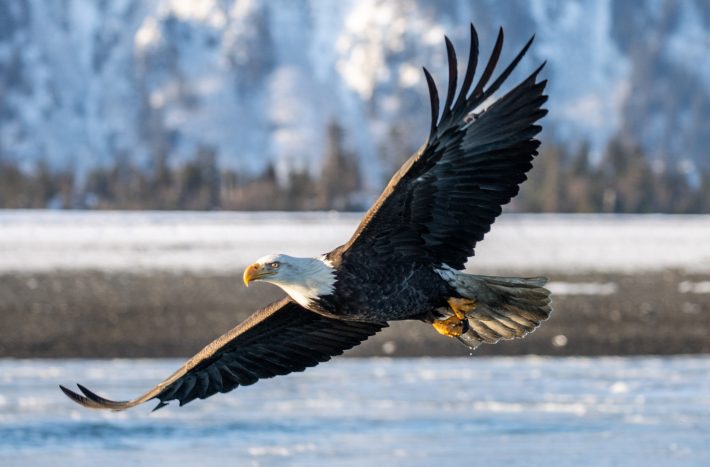 Unfortunately, we, like the rest of California, are sheltering in place for an unknown length of time so our next trips are very much up in the air.  If we do make them we hope they will be as productive as this trip.